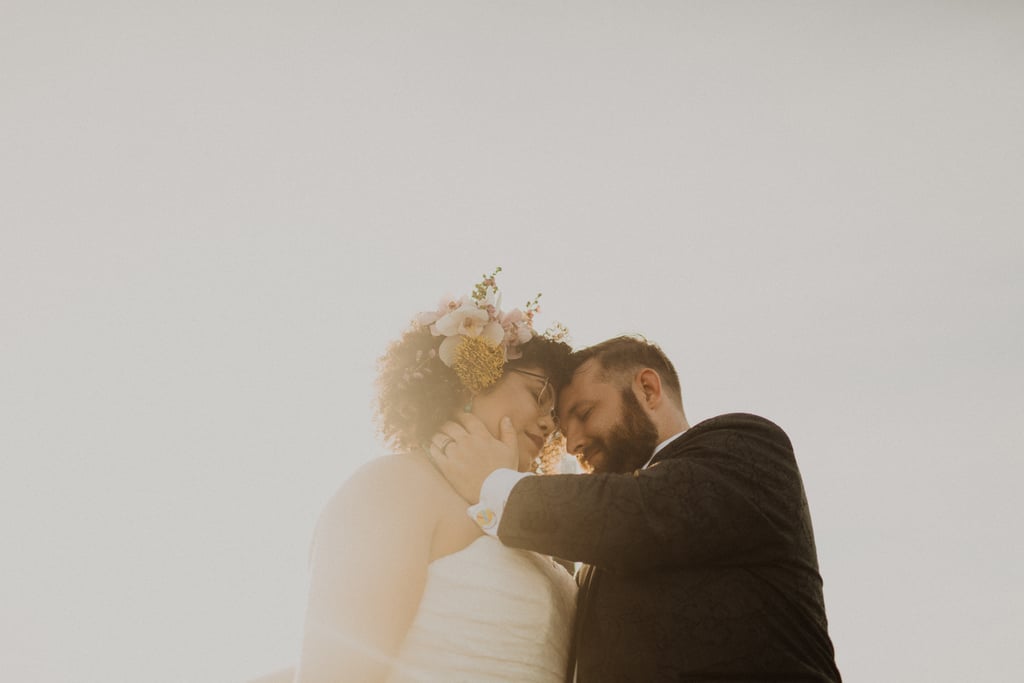 This Waterfront Wedding Was Decorated With 1,000 Paper Cranes — and the Groom Made Them All

After over four years of dating, Frances and Dylan tied the knot last year at The Wyld Dock Bar in Savannah, Georgia. The waterfront ceremony was absolutely stunning with a rustic yet elegant vibe to it. If you closely look at their wedding photos, you will notice that paper cranes are subtly incorporated in many ways. Whether part of a table centrepiece or pinned to Dylan's suit, paper cranes were an important element in this wedding — and there is a really sweet backstory behind it.

In 2014, inspired by a Japanese tradition of folding 1,000 origami cranes to have your wish granted, Dylan folded 1,000 paper cranes and wished for true happiness on each one. He then surprised Frances with those paper cranes and asked her to be his girlfriend — and she said yes! Five years later, they both said "I do," and their wish for happiness came true. The icing on the cake is that those very same cranes that Dylan made all those years ago are the same ones displayed all over their wedding.

Dylan wanted to save his first glimpse of Frances in her gorgeous wedding gown for when she walked down the aisle. So, Frances did some first-look photos with her father instead, and photographer Shelly Farace was there to capture the moment. "Frances and Dylan's wedding day was a celebration if I've ever seen one," Shelly said. "They both live in Savannah, GA, and had all their family (many of Frances' family members coming from Puerto Rico) and friends join them at The Wyld Dock Bar for the best outdoor party right on the marsh!" Keep reading to see photos from the magical day.

Best of 2021
"I Do!" See All the Celebrity Weddings of 2021 and the Ones We're Just Now Finding Out About
by Monica Sisavat 2 weeks ago