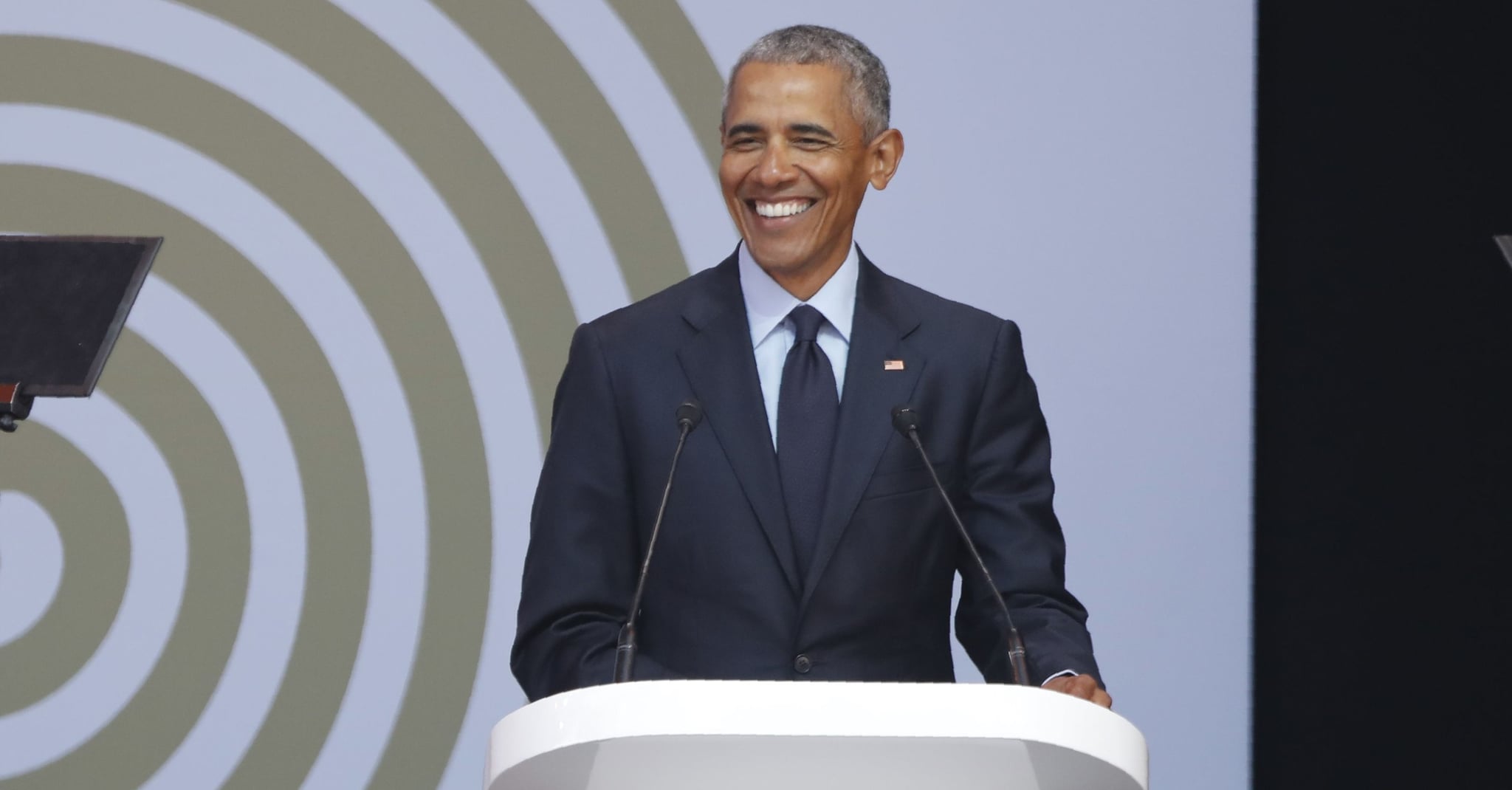 Barack Obama has had it up to here with men, and truly, we can't blame him. The former United States president — and current president of reading men for filth — made his views clear when he spoke at a July 18 town hall meeting in Johannesburg, South Africa. In his remarks, he encouraged women to take on leadership roles and also slammed men for just generally menning around all this time.

"Women, in particular, by the way, I want you to get more involved. Because men have been getting on my nerves lately," Obama said, and also so have we.

Obama seemed to be referencing the #MeToo movement and, perhaps, Donald Trump's recent — and, let's be honest, lifelong — behaviour on the world stage as he continued to hold men accountable. "Every day I read the newspaper and just think, like, 'Brothers, what's wrong with you guys?' What's wrong with us? We're violent, we're bullying," the former president said. "Just not handling our business."

The day before, Obama gave a pointed speech advocating for human rights and arguing against "strongman" politics in honour of the late Nelson Mandela. Then he danced his ass off, because yes, we can do both, thanks.

Personally, we can't wait to find out which woman makes "Because men are getting on my nerves" her 2020 campaign slogan and then vote for her.