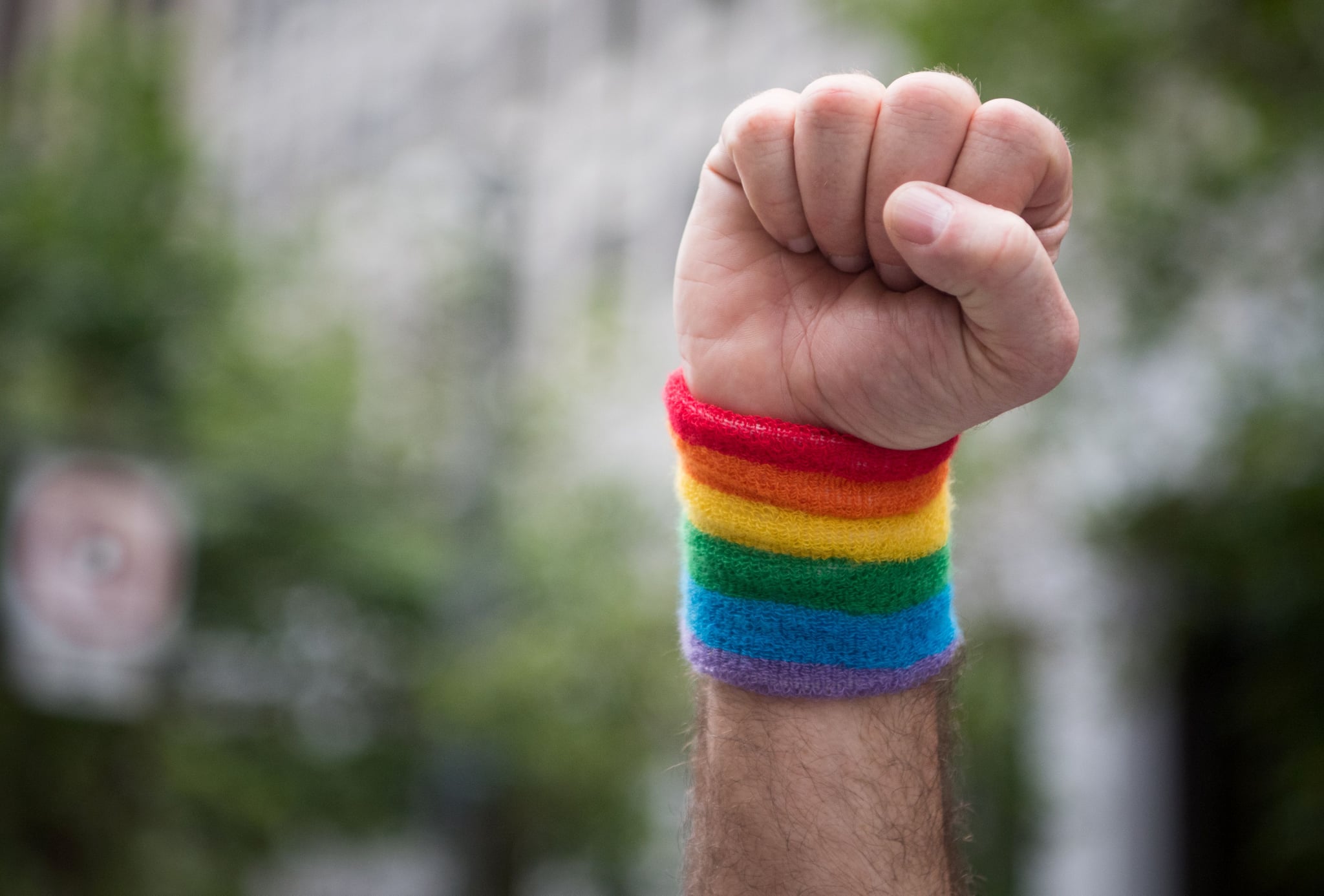 June is typically reserved as a month of celebration for the queer community.

Marchers in pride parades stream through cities big and small, leaving trails of glitter, confetti, and smiles. The annual festivities have grown increasingly diverse and exceptionally joyous over the years, as a tangible sense of progress and acceptance was felt across the country following the nationwide passing of marriage equality in 2015.

However, four years later, Pride is beginning to feel once more like politically charged demonstrations than a simple party in the streets.

"At this current inflection point, those who claim to be allies need to do more than simply celebrate with us during times of festivity."

There is a bizarre, double-edged sword associated with living under the Trump administration as a member of the LGBTQ+ community in 2019. America might seem as if it is becoming more tolerant of minorities each year; for example, 2018 marked the most queer representation ever recorded in a single year on broadcast television by the Gay & Lesbian Alliance Against Defamation (GLAAD), companies have increasingly prioritised diversity in their hiring practices, and even pride marches have become a more inclusive space for all. Yet, it's impossible to ignore the drumbeat of rollbacks on protections against discrimination and inequality coming from the highest echelons of the federal government.

Justice Department attorneys have taken the rare step of arguing in court cases on behalf of businesses that have fired workers based on their sexuality. The White House is reportedly planning on making it easier for adoption agencies to reject same-sex applicants, as well as reversing Obama-era policies protecting healthcare access for transgender Americans. And the State Department is denying citizenship to some children born overseas to same-sex couples. These are just a few of the constant headlines coming out of the president's agenda for the queer community — a community he vowed to protect. 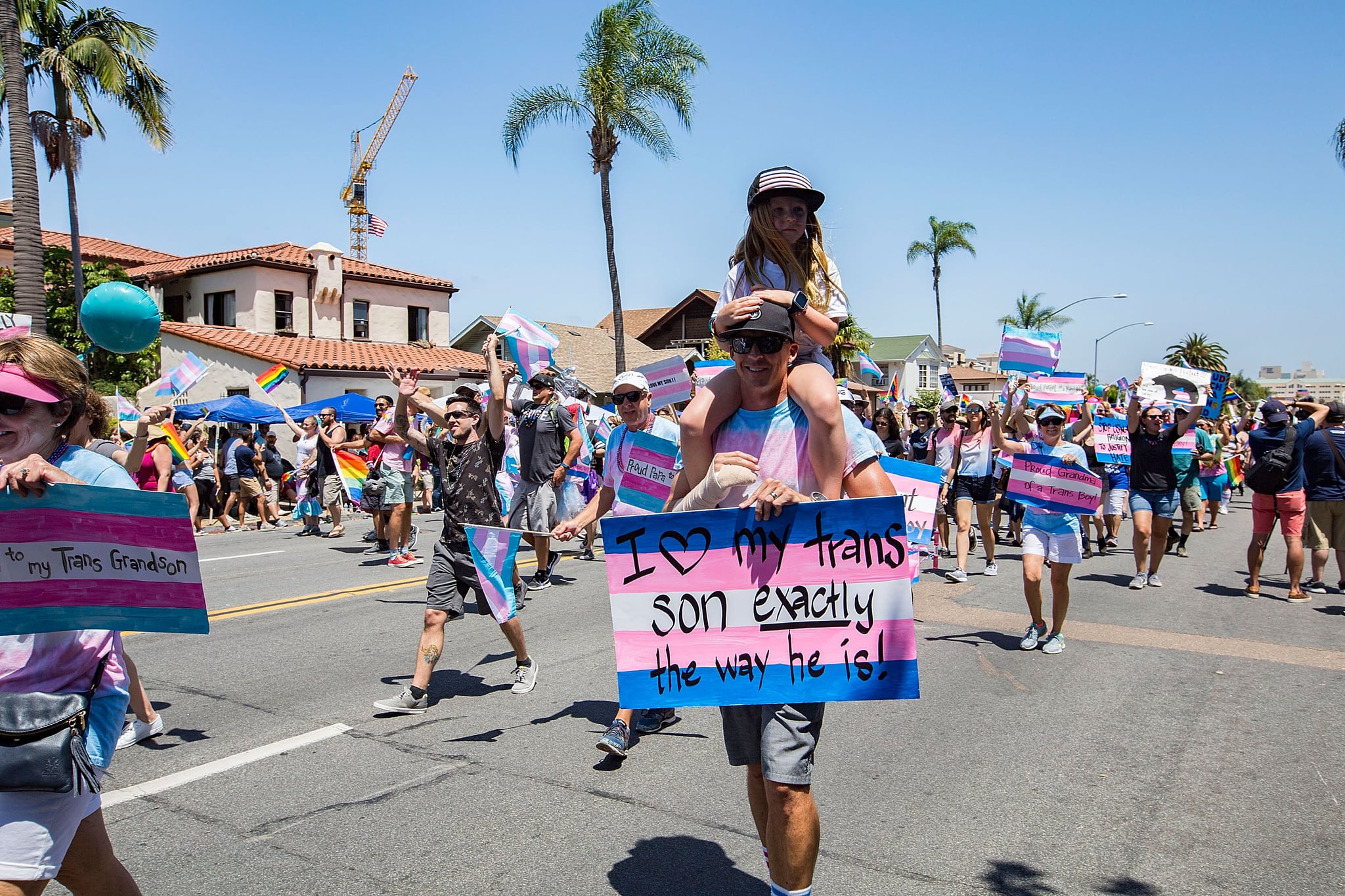 That's why we must honour and appreciate the support we receive while celebrating Pride this year. At a time when civil and human rights are under attack, it's just as important to call out anyone involved in the dismantling of progress as it is to acknowledge — and amplify — those who actively fight for and support the LGBTQ+ community and other marginalized groups.

As Bad Feminist author Roxane Gay writes on allyship and Black Lives Matters, "We need people to stand up and take on the problems borne of oppressions... even if they cannot fully understand what it's like to be oppressed for their race or ethnicity, gender, sexuality, ability, class, religion, or other marker of identity."

The first official Pride march took place on June 28, 1970 to commemorate the one-year anniversary of the Stonewall riots in New York City. While the atmosphere may have changed over the years into more of a celebration of progress than a rebuke of intolerance, I don't believe the essence of our marches has ever shifted. By representing who we are, taking up space, and celebrating our pride at a citywide march, we are inherently making a political statement about our values and commitment to social equality.

Yes, merely attending a Pride march is a step toward becoming a true ally of the queer community. But at this current inflection point, those who claim to be allies need to do more than simply celebrate with us during times of festivity. We need allies to similarly use their bodies at marches against discrimination, xenophobia, intolerance, and hate. Allies who claim to stand with our community while supporting leaders must speak out. Blind loyalty based on politics After all, stripping hard-fought protections for marginalized communities is not a matter of favouring liberal or conservative politics: it is simply a cruel act that cannot be a part of any democratic society.

True allies are more than just partygoers. They use their privilege as leverage to uplift underrepresented voices. They call out leaders who promised to protect minority groups then turn away from civil rights and social justice. They actively oppose all forms of discrimination and promote tolerance even when it's uncomfortable. Quite simply, they show up.

As Niemöller infers, time is not a luxury in the fight for equality. Now, more than ever, is the time to stand up — and we need our allies beside us.

Celebrity Style
Sorry, but Ella Emhoff's Crystal-Embellished Coat Stole the Show at the Inauguration
by Victoria Messina 4 days ago