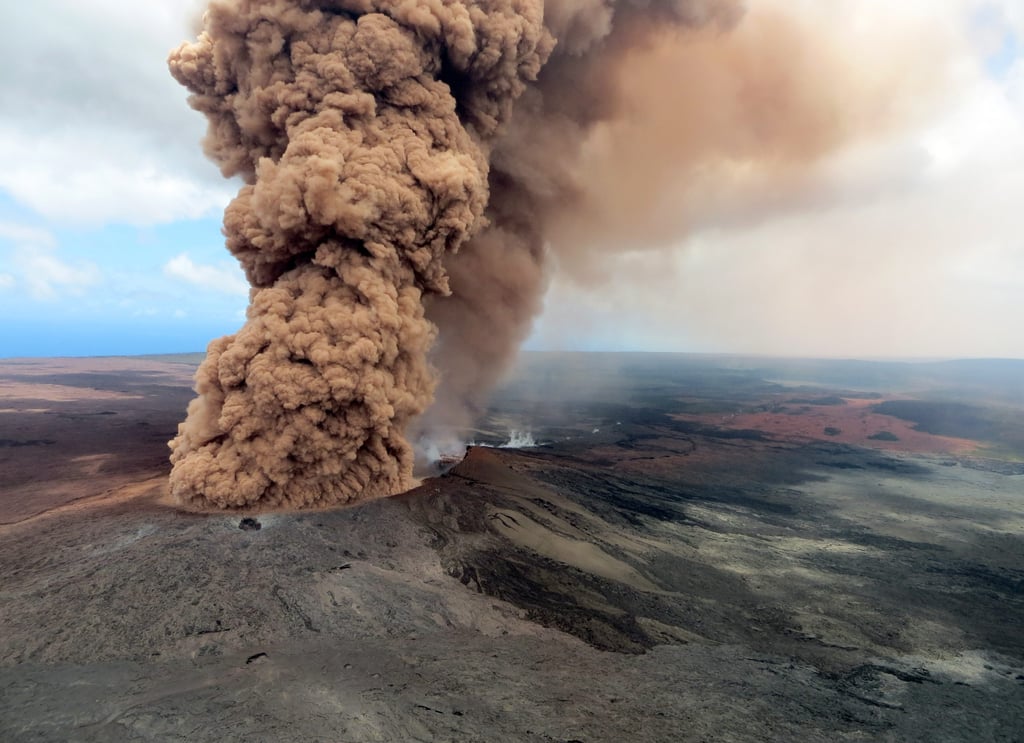 20 Utterly Shocking Photos of the Devastating Volcanic Eruption in Hawaii

Update: On May 17, a new eruption occurred at Hawaii's Kilauea volcano on the Big Island. The eruption caused a volcanic ash cloud to fill the air, reaching 30,000 feet above sea level, which is higher than Mount Everest, ABC News reports. The US Geological Survey is providing real-time updates and notes that "additional explosions are possible at any time."

Original story: Hawaii's Kilauea volcano first erupted on May 1 after a 6.9-magnitude earthquake rocked Big Island, and a staggering 15 days later, it continues to spew lava. The damage to the Leilani Estates neighbourhood is ongoing, and as of the morning of May 7, 35 structures (including at least 26 homes) have been destroyed, according to CNN. Residents first spotted cracks forming in some roads on May 2, and by May 4, the volcano's cracks began to release steam, ultimately bursting with lava after the giant earthquake hit. The county ordered more than 1,500 residents to evacuate.

"We have heard from people around the world concerned about Hawaii's welfare and want to reassure everyone that this is limited to a remote region on the slopes of Kilauea volcano," Hawaii Governor David Ige said in a statement. "Everywhere else in the Hawaiian Islands is not affected." But scientists predict there could be more eruptions and earthquakes, "perhaps for months to come," so the effects are far from over. The massive earthquake is the biggest one to hit Big Island since 1975, and Kilauea is one of the world's most active volcanoes.

Leilani Estates residents are flocking to American Red Cross shelters and finding safe ground as lava flows and smoke billows through their neighbourhood. Meanwhile, some individuals seem to be entirely unbothered by the eruption. On May 15, photographers captured some pretty determined golfers and a handful of laid-back families. Take a look at 24 images from the natural disaster that show just how surreal it is.

Previous Next Start Slideshow
Natural DisasterHawaiiUS News
Around The Web

Women in Politics
AOC Opens Up About Trauma From Capitol Riots: "Trauma Compounds on Each Other"
by Yerin Kim 4 weeks ago