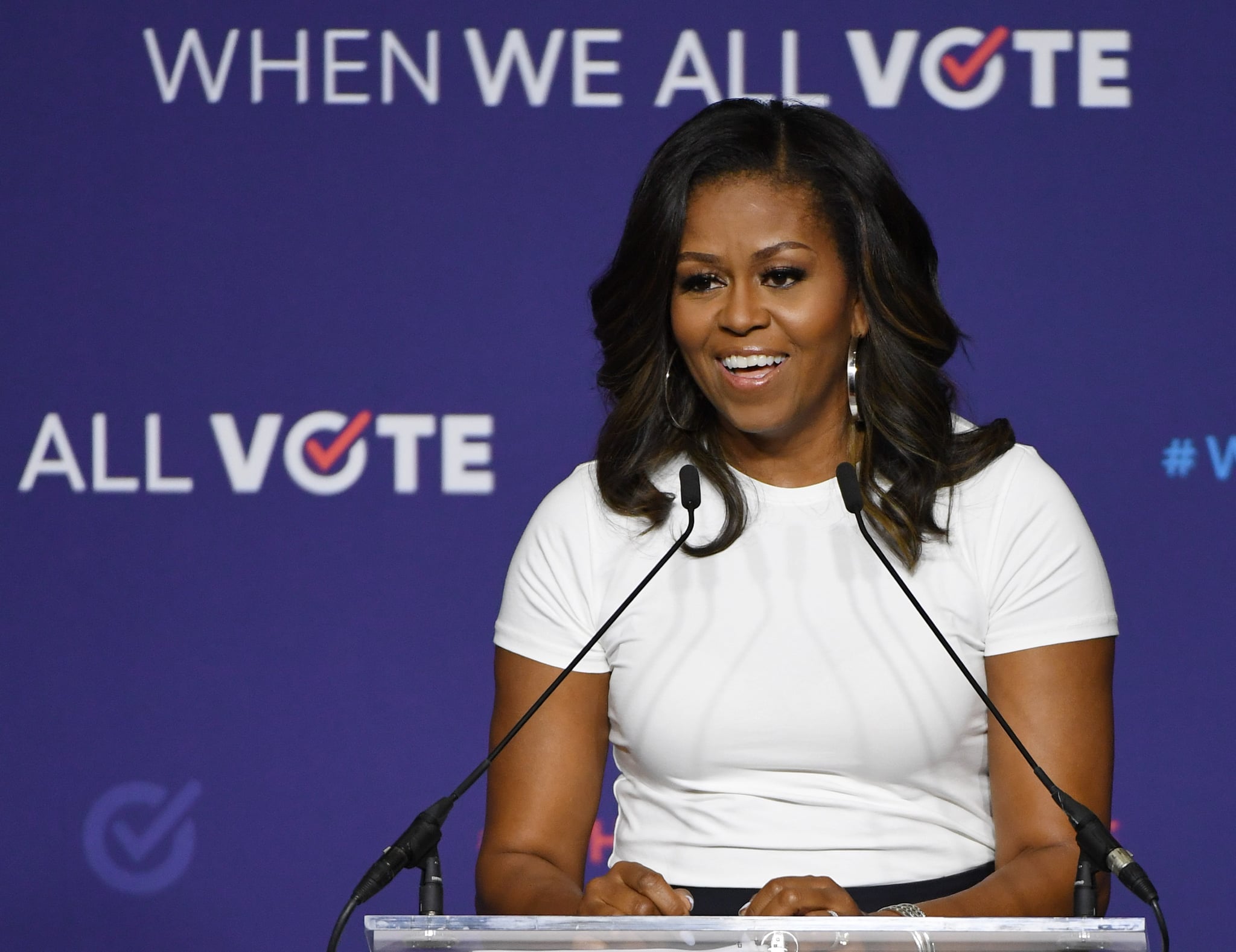 In preparation for the release of her memoir, Becoming, on Nov. 13, Michelle Obama has shared behind-the-scenes glimpses of her life before, during, and after the White House. Now, the former first lady is addressing her hometown of Chicago specifically in a powerful open letter to the town that raised her.

Following in the footsteps of her elementary school principal, Dr. Joseph A. Lavizzo, Jr., Obama penned a letter to the readers of The Chicago Defender. She describes how in Dr. Lavizzo's letter, he fought not only against toxic vitriol but also against fear itself.

"As I write in my memoir, Becoming, failure is a feeling long before it is an actual result," Obama explains. "It's vulnerability that breeds with self-doubt and then is escalated, often deliberately, by fear. That's what Dr. Lavizzo and so many others in our community fought back against. It's why teachers stayed up late grading papers and summer-camp organisers dedicated themselves to kids all across South Shore. And it's why my parents invested themselves so deeply into my older brother Craig and me."

This resounding sense of hope in the face of failure is a common theme Obama strives to re-emphasize. She describes how she was shaped and raised by her Chicago neighbourhood, in spite of any fear. "None of them could have known that a kid from South Shore would grow up to become First Lady of the United States — but they fought like it anyway."

While many things have changed in the neighbourhood since Obama's childhood, the love from her community is still overwhelming. "That's why I can't wait to see the good that comes out of the neighbourhoods all across Chicago in the years ahead," she wrote. "I can't wait to see what's next for all the young people growing up today, walking the same sidewalks and sitting in the same classrooms as I once did. There's no telling who they might become."