In celebration of International Day of the Girl, Michelle Obama made an appearance on Thursday morning's live broadcast of Today, where she launched the Obama Foundation's Global Girls Alliance. During her sit-down with hosts Savannah Guthrie and Hoda Kotb, the former first lady answered questions about the current political climate before weighing in on the #MeToo movement with a thoughtful response about the importance of fighting for change.

When asked by Kotb about resistance to the movement, Obama said, "That's what happens with change." She continued, "Change is not a direct, smooth path . . . There's going to be a little upheaval. There's going to be a little discomfort, but I think it's up to the women out there to say, 'Sorry that you feel uncomfortable, but I'm now paving the way for the next generation.'"

Related:
"Why Bother" Voting? Michelle Obama Has a Few Reasons For You

The Global Girls Alliance is a project created to help empower adolescent girls worldwide through education. The alliance will support over 1,500 grassroots organisations by using social fundraising platforms, such as Go Fund Me, to help them raise money.

Award Season
Ahh! Michelle Obama Just Made a Surprise Appearance at the BRIT Awards
by Monica Sisavat 3 days ago

Celebrity Style
Michelle Obama Used Her New Knitting Skills to Make Barack a Jumper He Hasn't Worn . . . Yet
by Karenna Meredith 4 days ago 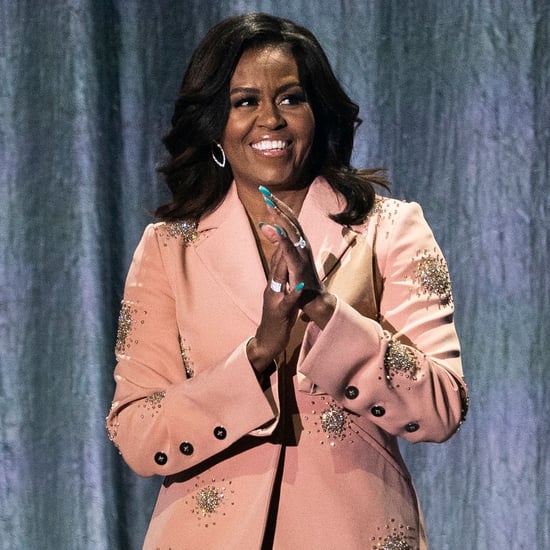