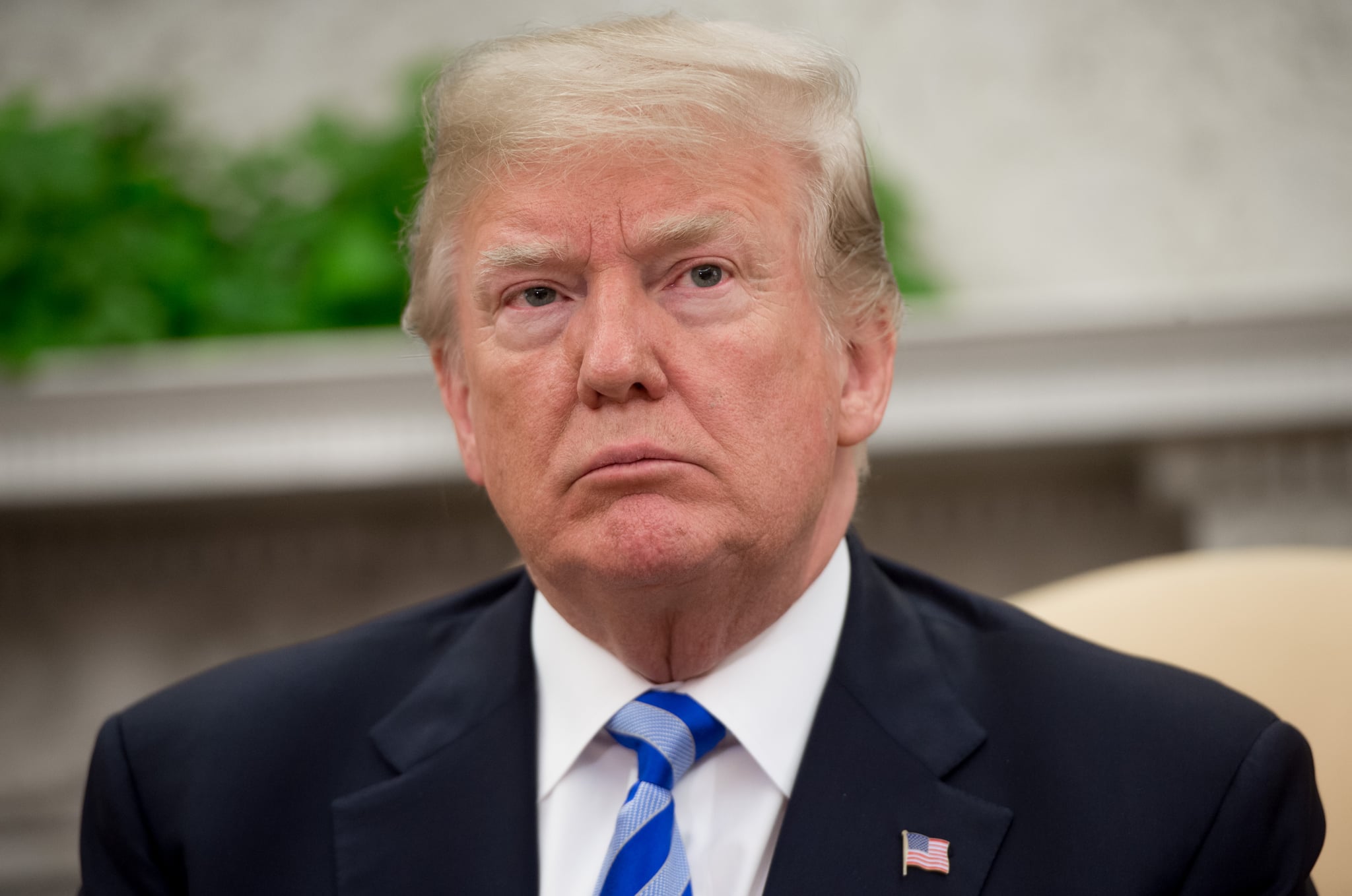 By now you're likely familiar with Pete Souza (aka Obama's former photographer, aka a true national hero) and his go-to social media shtick. Pretty much every time Donald Trump makes headlines for some sort of awkward blunder, Souza immediately shares something on his Instagram accountto subtly taunt or admonish him for it. After throwing some umbrella-like shade at the POTUS for admitting that he wasn't buying Melania a birthday gift this year, the witty photographer is back at it with yet another zinger that has us applauding.

Here's what went down. On May 16, Trump held a White House meeting, during which he truly didn't hold back while talking about undocumented immigrants who cross into American borders, saying many of them are dangerous and using straight-up dehumanizing language to describe them. "You wouldn't believe how bad these people are. These aren't people, these are animals, and we're taking them out of the country at a level and at a rate that's never happened before," he said. Yep, you read that correctly — he actually compared real human beings to animals.

Shortly after Trump's harsh comments began making their rounds, Souza couldn't resist chiming in with his own two cents on the situation. The photographer kept things pretty straightforward, simply posting a picture of zebras and captioning the stunning snap: "Dear sir: THESE are animals."

Did you hear that? It's the distant sound of Souza's microphone hitting the floor. As one amused Instagram user commented on his post, "All this shade and not a tree in sight." Well done, Souza — well freakin' done.