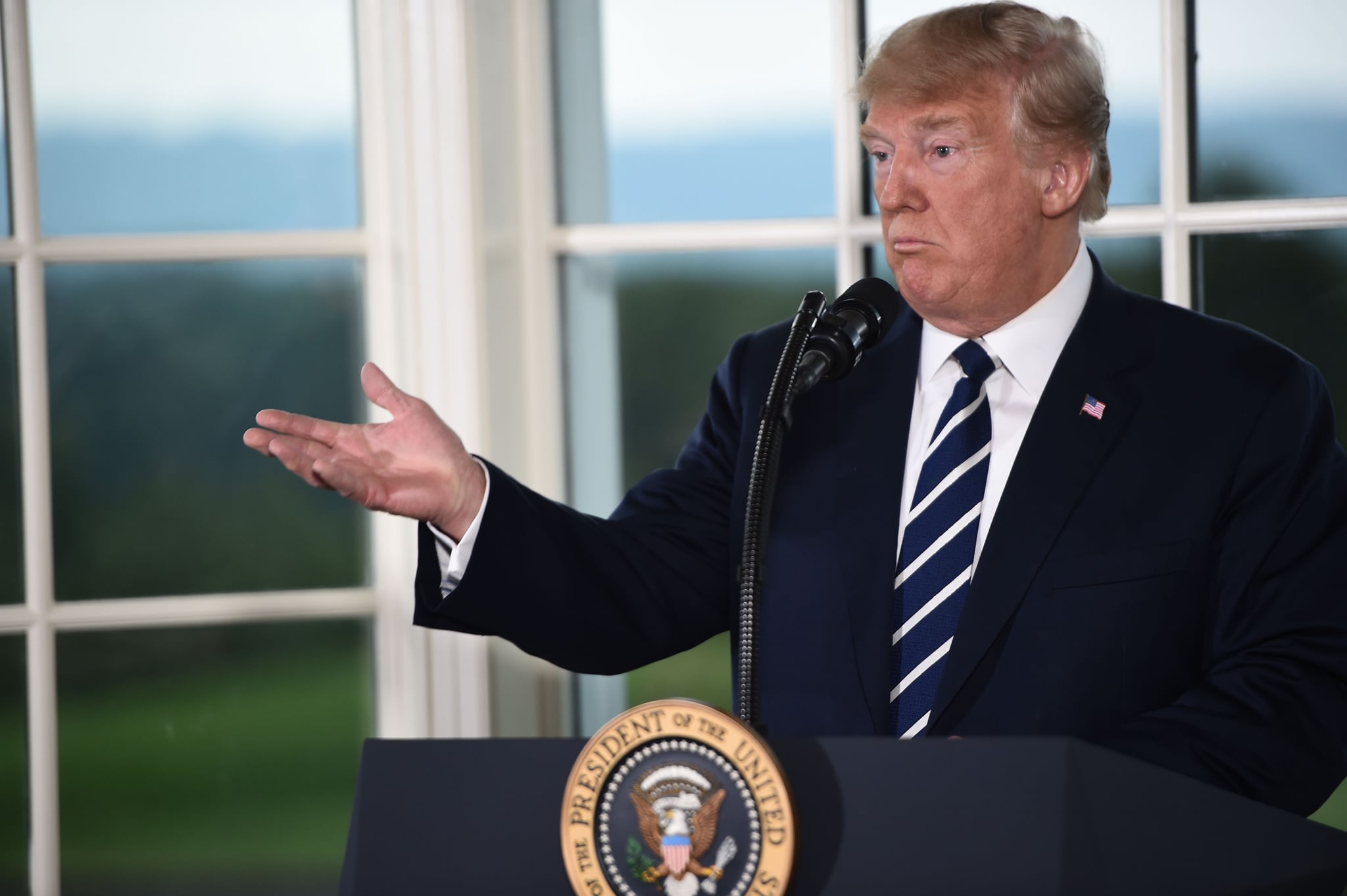 Donald Trump, if you play with fire, you are going to get burned . . . by Pete Souza. The former White House photographer has a whole archive of Obama photos he uses as his own personal set of matches. Following Trump's Aug. 14 tweet calling former White House aide Omarosa Manigault-Newman a "dog," Souza is showing the current president what an actual pupper looks like — with a photo featuring none other than beloved Portuguese Water Dog and former Woofer in Chief Bo Obama. "A real dog waiting for a real president," Souza wrote alongside the picture.

A real dog waiting for a real President. pic.twitter.com/oWPVjtdViw

Manigault-Newman is making the rounds timed to the release of her tell-all book, Unhinged, and Trump's Aug. 14 tweet referring to her as an animal has sparked widespread outrage. With Manigault-Newman exposing Trump's alleged use of the n-word and other derogatory racial slurs on a long-rumoured recording from The Apprentice, Souza truly has us longing for the Obama glory days.

When you give a crazed, crying lowlife a break, and give her a job at the White House, I guess it just didn't work out. Good work by General Kelly for quickly firing that dog!

Making matters worse, White House Press Secretary Sarah Huckabee Sanders now says that she "can't guarantee" we'll never hear a recording of Trump saying the "n-word." In the same Aug. 14 press conference, she also claimed that Trump's comments referring to Manigault-Newman as an animal have "absolutely nothing to do with race and everything to do with the president calling out someone's lack of integrity."

Souza's latest dig was just that: his latest. He constantly fires back at whatever Trump's latest abhorrent, headline-making move is with a reminder of what the presidency used to look like when Obama was in office. Whether it's a photo of Michelle and Barack's loving embrace after Trump said he wasn't buying Melania a birthday present or a reminder of what "animals" actually look like with a photo of zebras after Trump referred to immigrants as such, Souza never strays away from a blatant call-out.

If the current news cycle has you utterly disgusted, might we suggest basking in these photos of Bo and Sunny Obama with the former first family.

Celebrity Style
Michelle Obama Used Her New Knitting Skills to Make Barack a Jumper He Hasn't Worn . . . Yet
by Karenna Meredith 3 days ago