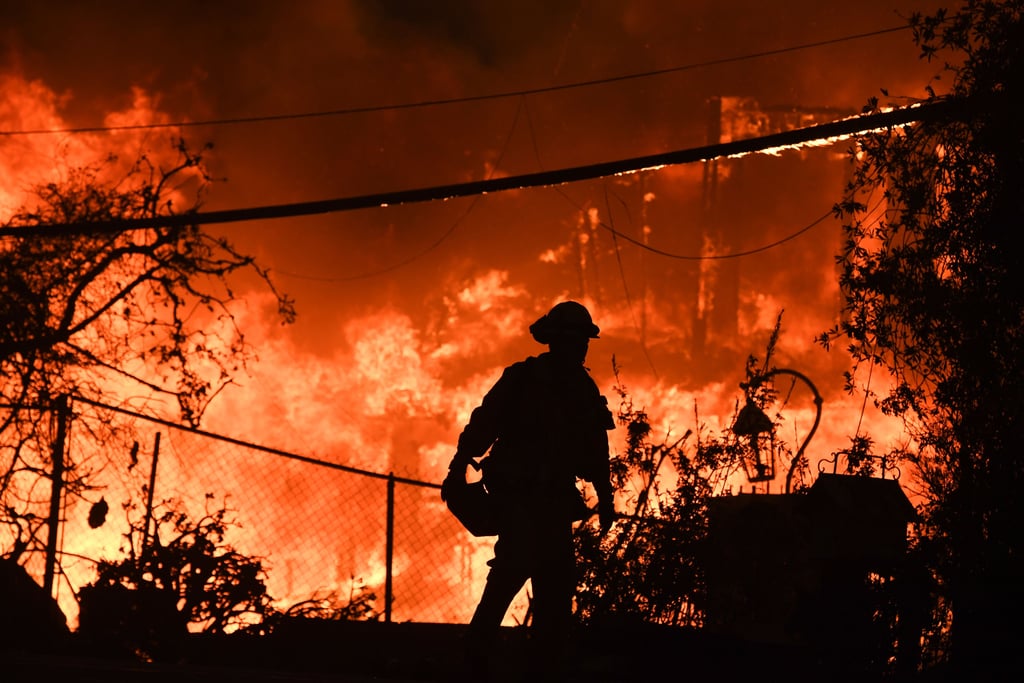 A home burns along the Pacific Coast Highway, with a firefighter on the scene.

Californians are experiencing the harrowing impact of ravageing wildfires in both northern and southern parts of the state, forcing more than 300,000 residents to evacuate. According to The Washington Post, the Camp Fire near the Sierra Nevada foothills is the most destructive wildfire in the state's history — and the third deadliest, claiming 23 lives. As of Nov. 11, the fire is 25% contained but continues to spread due to strong winds.

Meanwhile, the Woolsey and Hill fires devastates California's Ventura County. Evacuations remain in place, as Gov. Jerry Brown requests government aid. President Donald Trump has been met with criticism after he blamed poor forest management for the natural disaster and threatened to withhold funding to the state.

To get perspective on the ruthless damage inflicted by the wildfires, take a look at the photos below. Then, learn how you can help amidst the devastation.

Previous Next Start Slideshow
Natural DisasterUS NewsCaliforniaPhotography
Around The Web