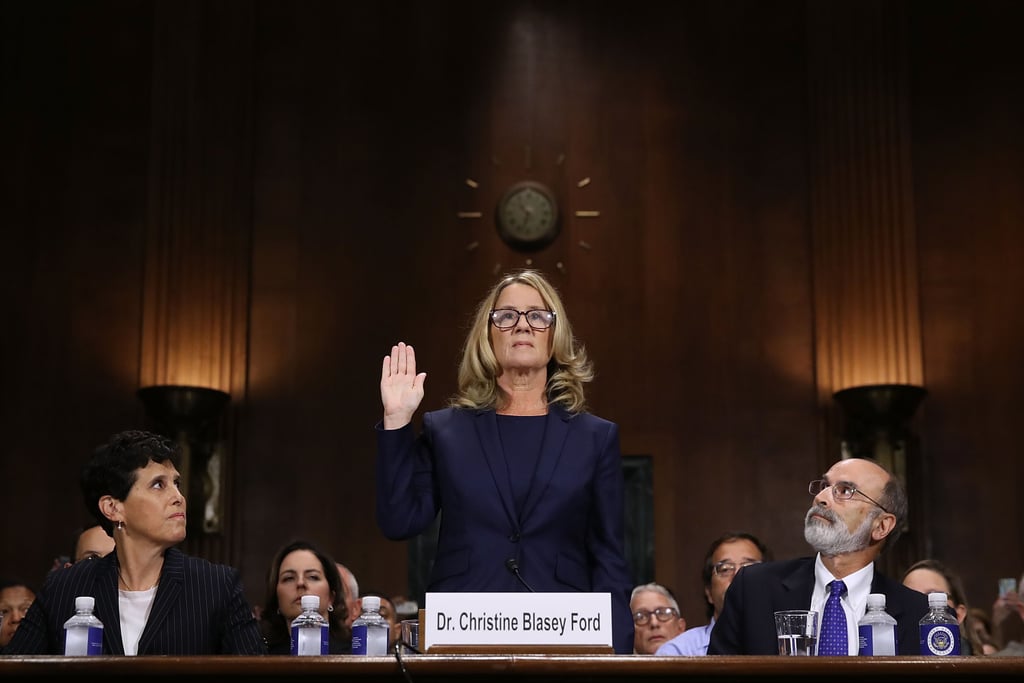 On Sept. 27, just over a week after being nominated by President Donald Trump for the Supreme Court, Brett Kavanaugh faced the Senate Judiciary Committee for an additional confirmation hearing concerning the sexual assault allegations made by Dr. Christine Blasey Ford. The psychology professor has alleged that Kavanaugh assaulted her at a party in 1982 when she was 15 and he was 17.

The hearing was tense as committee members across the political aisle questioned both Ford and Kavanaugh following their respective opening remarks. Outside of Capitol Hill, the world watched in offices, college campuses, and bars and, as these things go, reacted online. Ahead, see some powerful pictures from the momentous political event.