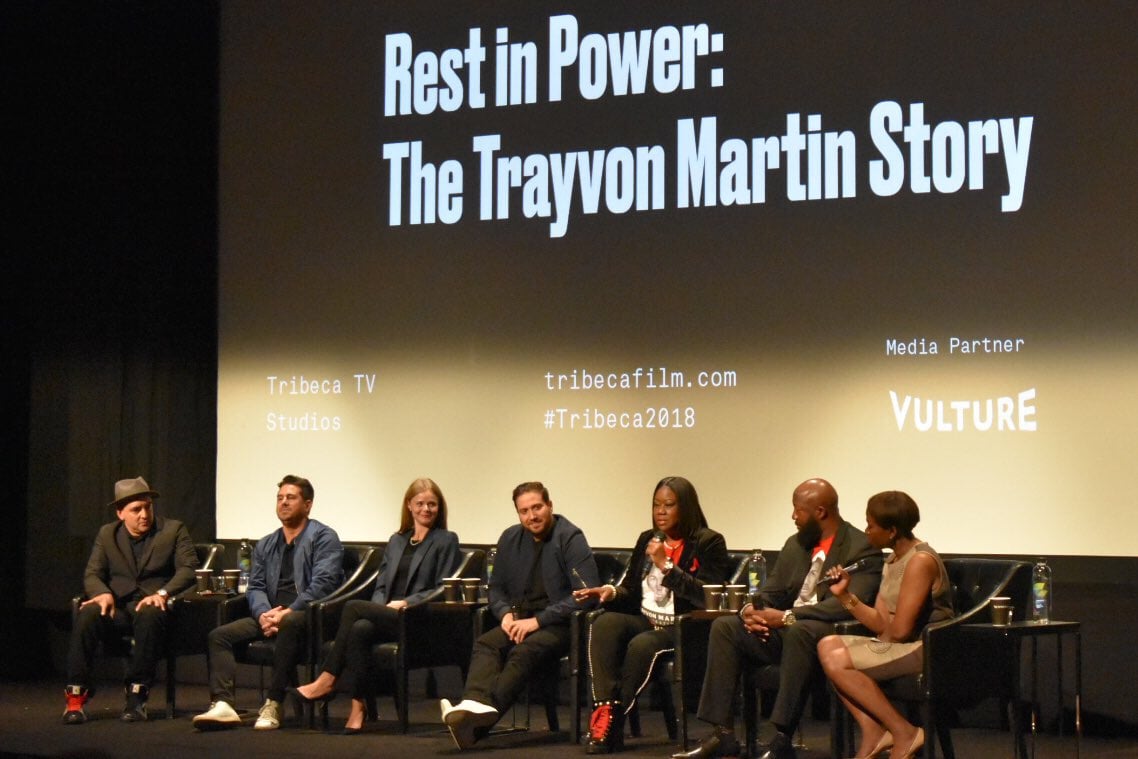 It's been six years since Trayvon Martin went to a 7-Eleven near the Sanford, FL, gated community where his father's girlfriend lived; six years since the 17-year-old boy was shot in the heart by George Zimmerman, holding nothing but a bag of Skittles and a canned drink. And while Zimmerman still has not paid for the crime that he committed on that February day, Trayvon's parents, Sybrina Fulton and Tracey Martin, still spend every day of their lives fighting, not just on behalf of their son, but on behalf of all black lives across America.

This battle, and the chain of events that Trayvon's death set in motion, lives at the heart of the six-part Paramount Network docuseries Rest in Power: The Trayvon Martin Story, which had its world premiere on April 20 at the Tribeca Film Festival. JAY-Z served as executive producer on the series that not only traces the 2012 events as they unfolded in real time, but also explores the national conversation that arose around "race, politics, power, money and the U.S. criminal justice system," and the rise of the Black Lives Matter movement.

The first episode was shown in full to a packed theatre, and among those in attendance were Eric Garner's mother Gwenn Carr and Trayvon's extended family and friends. After the episode ended, Fulton and Martin — who penned the book on which the series in based – joined several of the series's producers on stage for a panel discussion moderated by MSNBC host Joy Reid. It's here that Trayvon's parents said that the work they've continued to do has become a fight not just for their own son, but for all those like him. But that doesn't make it any less painful, and the pair continues to suffer from the grief that they felt on that February day every day of their lives.

"It's been very difficult, but it's a story, a tragedy, that's worth telling. Because it happened with Emmett Till, nobody was held accountable" Fulton noted, referencing the mid-20th-century murder of a 14-year-old boy in Alabama. "And it continues to happen today. So we want to make sure people remember not only Trayvon, but all the Trayvon Martins and all the young men and women that he represents. All the senseless gun violence that continues to plague our nation today."

"Even though this happened to Trayvon six years ago, it happened to Emmett Till over fifty years ago – and we have to be mindful that things need to change, that gun culture needs to change, mental illness needs to change. And also, the hatred that goes on in this country needs to change. So we want to make sure that we're a part of that change, so if it meant us opening our lives up – and it's not easy – I think that it's important for people to realise that it took courage to do this, it took strength to do this. It's nothing we would have volunteered ourselves for. This is not something I would have sacrificed my son for. I thank God for the people that continue to support us."

Toward the end of the panel, Reid asked Martin if he had received an apology from the city of Sanford. It's here that Trayvon's father laid out the true mission of the series: to create real, substantive change. In a response that left the full auditorium on their feet applauding, Martin reinforced the beating heart of the project, of his quest as a father seeking justice for a son taken far, far too soon – and put into clear focus just how important this six-episode series is in providing context for the current state of the country, and why without question it should be seen as mandatory viewing for every American in 2018.

Black Joy
The History Behind Dark & Lovely, the Go-To Hair Brand For Black Women For Years
by Natasha Marsh 5 days ago