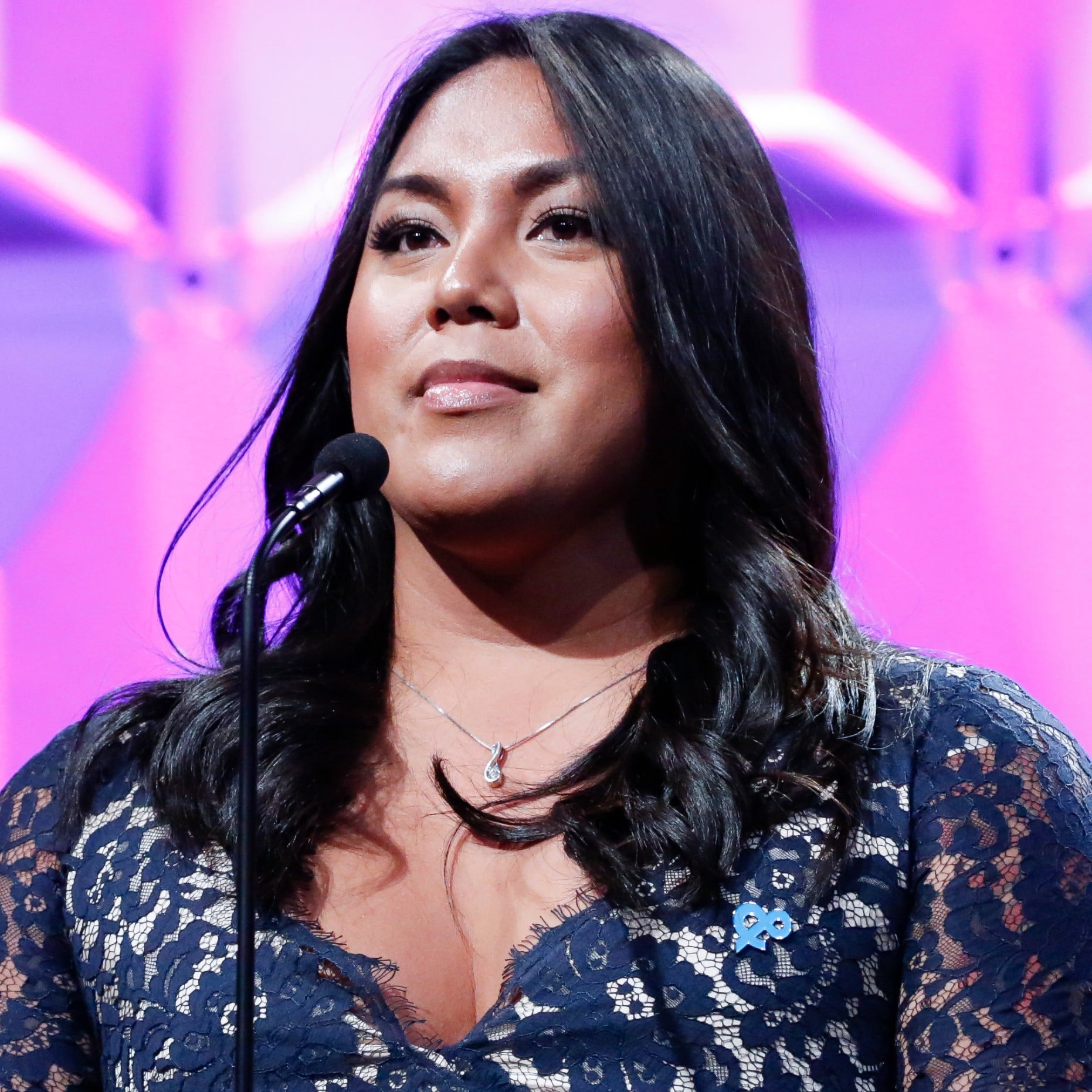 When Laila Villanueva began serving in the US Army in late 2003, she had not yet come out as a transgender person. "Don't Ask, Don't Tell" was in full effect. In order to serve, she'd have to hide her truth. The decision to join the military came from a long tradition of service in her family; her father, grandfather, and great-grandfather all had done the same. "It was a no-brainer for me growing up," she told POPSUGAR over the phone in late October. "I had kind of suppressed the desire to express myself as effeminate, as a woman. I made that sacrifice because I wanted to be part of this legacy."

Villanueva, now Ireland (she married Senior Airman Logan Ireland in 2016), went on to serve in the Army for 12 years before medically retiring in 2015. In that time, she was able to witness the repeal of "Don't Ask, Don't Tell" — she does note, though, that the repeal only really applied to sexuality and not gender identity. She also made a life-changing decision: to come out, to own her identity, and to participate in a revolutionary documentary that could put her entire career, her family, and her life at risk.

In 2012, codirectors Gabriel Silverman and Fiona Dawson began to chronicle the lives of four transgender military service members. TransMilitary focuses on those who, in addition to risking their lives for our country, must fight for the right to serve openly with their authentic gender identity. Both Villanueva and Logan Ireland are featured subjects, along with Captain Jennifer Peace and First Lieutenant El Cook. The documentary will air on Logo TV on Thursday, Nov. 15, at 8:00 p.m. Watch the full trailer for TransMilitary below, then join us as we discuss why the timing couldn't be more perfect.

Laila Ireland: I endured going to basic training and being among all males and doing part of that journey. But once I got out of basic training and schooling for my particular job, I found camaraderie among other service members. What I learned about being in the military was that every person that was on the team that I was part of came from a different background. They came from different cultures, they came from different lifestyles, and everyone celebrated those differences. We brought something different to the table, and that's what made up our team and that's what makes us successful is that we were all different, very unique.

Part of doing this film and being a part of this movement was that it was an understanding that no one else is going to step up to talk about these things. So I made a sacrifice, understanding that if no one else is going to do it, who is? And I was willing to sacrifice my career, my livelihood with my family, everything that I had built up for in my service. I was willing to sacrifice that for people like me who will come after me, to be able to serve openly, to have a smooth process being in the military, and just having the same camaraderie and family.

"We just want people to see that we are people too. We have jobs. We go and do them every day, just like anyone else. We're very regular. We just want to be like everyone else."

LI: Thank you. Fiona Dawson and Gabriel Silverman and Jamie Coughlin were able to capture the moments that really made sense to people in general. And what you'll find in this documentary is that it's really relatable. We try not to talk about politics. We just want people to see that we are people too. We have jobs. We go and do them every day, just like anyone else. We're very regular. We just want to be like everyone else. We have families who have the fears of their children growing up and what they're going to turn out to be and what they're going to do with their lives. This is a film that really highlights those things.

I feel like I can speak on behalf of the rest of the cast members in the film. Our families are very supportive. We are very lucky to have that. Not everyone in the LGBT community is afforded that same opportunity, the same support, during a transition or during just the journey of coming out. And so we're very fortunate.

LI: Thank you for asking that question. I think it's important to remember, even though TransMilitary talks specifically about transgender people in the military, this is not about the transgender movement. It's about just humanity in general. And like you said, we live in a very troubling, very scary time, but when I go out and talk to audiences, I always talk about living of different intersectionalities of my life. Being a person of colour, being a transwoman, being a veteran, being [an] Asian-American Pacific Islander, being Hispanic. Just all these things.

The film's premiere on television is extremely important and couldn't come at a better time. We are at the forefront of this fight for equality, for the right to exist. And by sharing our stories and our struggles and obstacles and being visible, not only are we writing history, but we're creating it to be shared in the future by our future. I believe in and have fought for an America that was built on diversity, where everyone is treated with dignity and respect, regardless who they love, how they identify, and how they pray. It is important that we tell our stories, that we impart the language of the forces, that we represent and uplift. This is the reality that we choose, and we want to show the world that these actions truly have a larger impact for our success as people — every step, every word, every action. 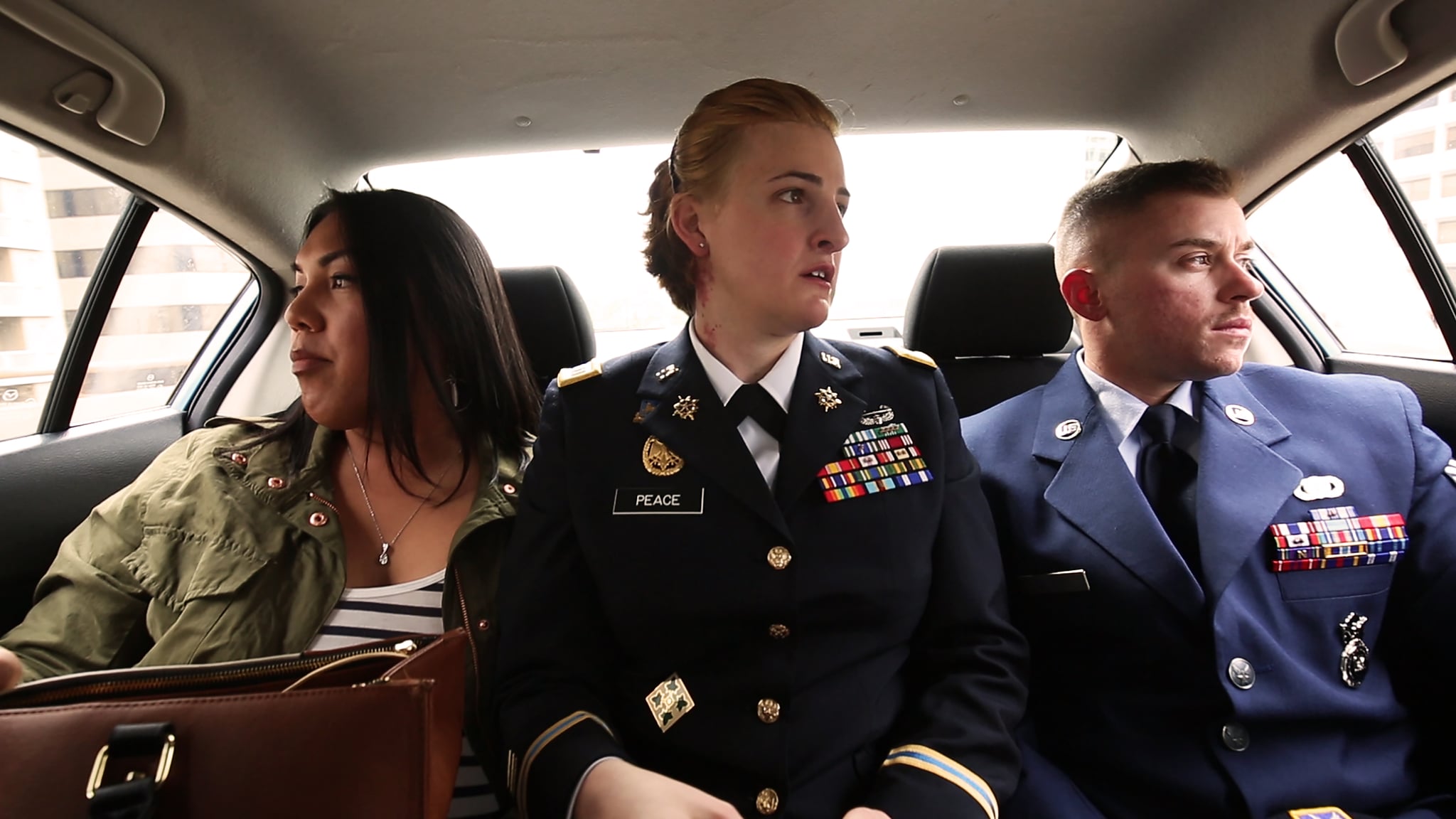 PS: I think the general attitude is that this sort of oppression and attack on rights and attack on bodies, it's been happening for a long time. It's only just now that the general public is aware of it, right? (CUT: Do you, in some ways, see that as a positive thing?) Even though there are still atrocities happening every day, are you glad that at least it's becoming a national conversation?

LI: Absolutely. If you really look at it, we haven't really moved that far forward from African-Americans having equal rights. We haven't really moved really much forward from women having equal rights. It just seems like we're moving backwards. It baffles me. It's so crazy that we're still living in this time and we're still fighting for it. But again, this big thing now is we've awoken a sleeping giant . . . the conversation that has always been there. But now they are seeing like, "OK, they're really coming. Now what do we do?" Yes, it's scary, but wake up, people. It's happening. The time is now.

PS: What do you do on the days when you feel like it's kind of an unwinnable battle?

LI: Those days have come so often that oftentimes I have to just go home, sit back, and let everything sink in and see what my next move is going to be. I'm only one person, and if I can inspire other people . . . I'm doing the work, right?

In short, I guess, sometimes it is really tough. It's been overwhelmingly crazy. To kind of just sit back and look at everything and say, "Am I doing enough?" But I'm absolutely reassured by the people that I speak with or just by telling my story. The response that I get over social media or just in general in person — people that I never thought would otherwise even think about wanting to care about such a subject are reaching out and saying, "I'm so sorry."

People that I never have spoken to or have never met in my life have reached out on social media to say, "Hey, I'm checking on you. How are you? How are you doing? Is everything OK? I saw what happened in the news. This is a thing, and I'm sorry that this is happening." These are people that I have never met. So it just reassures me that what I'm doing is good, and it keeps me motivated, and it keeps me driven.

PS: Sounds like, on the darkest days, you just look for the light spots wherever you can. 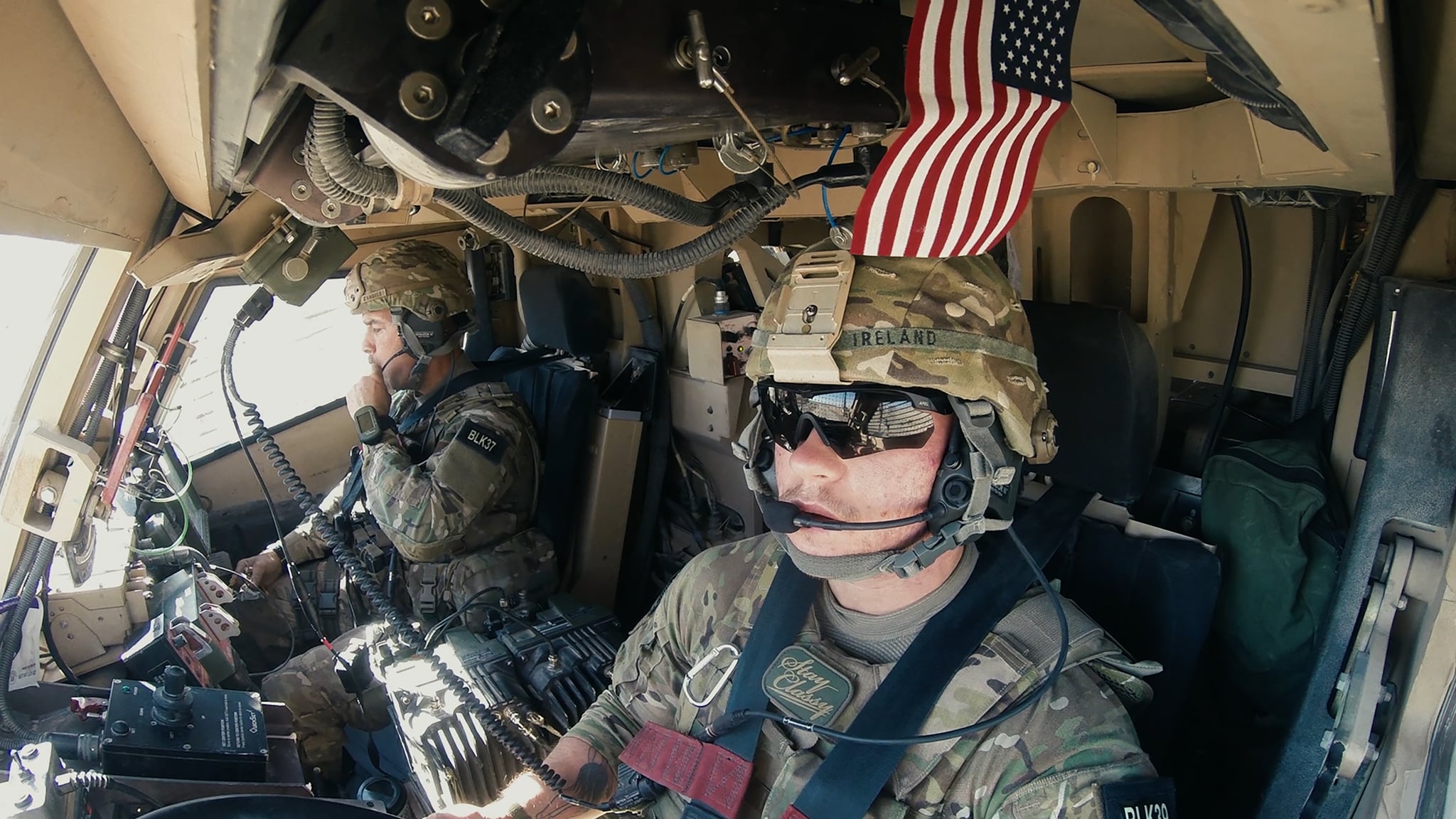 PS: Do you think that we'll ever be able to change the minds of the people who we perceive to be against us, on the opposite side of us?

LI: I truly believe that we are doing that. We are changing hearts and minds. What we see that is portrayed in the media is often people having reactionary participation in and influenced by what's going on on social media, right? But the majority of people are understanding. They are loving . . . I don't think it's something that we are wasting our time on. We have to be visible in order for change to happen. We have to create the world that we want to see and be in. [My husband, Logan Ireland,] and I want to raise a family, and we didn't want our kids to come into this world how it is now. We want them to be able to be free and express themselves the way that they want without having any consequence to it. We just want them to be able to just be and be happy, and so we have to continue the work.

PS: What can we do today to make a better tomorrow?

That's the question, right? What can we do? If we just live in the community, I think we have learned everything that we need to know when we were in kindergarten. Be nice to others, treat others how you want to be treated, share your things, right? These are fundamental things that we learn in kindergarten. But when it comes to such movements in this current climate, I think the best thing to do is speak up when something is wrong, obviously within reason. We want people to be safe. We want people to be able to react in such a way that helps other people without harming them even more.

It's sitting and listening to people tell their stories, and to hear the other side. It's easy to react and respond when emotions and opinions are heated. It really is just easy, but it's even harder to sit there and really try to understand someone, whether you agree with them or not. I think it's important to really understand people for who they are. And love them as you would love your brother or your mother or your father, even love them as your own. And when time calls for people to react as a whole, as a society, definitely choose to be on the right side of history. We don't want to go backwards because what happens when we go backwards is that we have to do even more work.