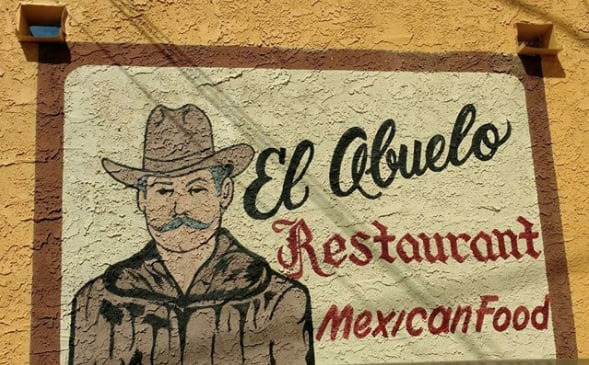 Nestled in the heart of Los Angeles County, in the city of San Fernando, you'll find a restaurant that offers birria, micheladas, and mariachi every Friday night. It's called El Abuelo, and it's been owned and operated by my father for the last 15 years.

My father took over ownership two weeks shy of my 12th birthday. I worked at El Abuelo until I turned 24 — and in case you were wondering, yes, it was weird being the only kid at my middle school with a job. Over the years, my best friend and a few family members were also among the restaurant's staff; my stepmother, who met my father at the restaurant, now co-owns the business with my father. That small print on our business cards that says "Family owned and operated"? Yeah, we aren't bluffing.

While our family-friendly motto and clientele have remained the same, our neighbourhood hasn't. Chipotle, Buffalo Wild Wings, and multiple sushi joints are just some of our newer, more corporate neighbours — but their arrivals didn't worry my father. He firmly believed his customers, which admittedly were temporarily distracted by the fancier, shinier establishments, would eventually make their way back to their favourite bowl of menudo in a few weeks' time. He wasn't wrong, thankfully, and while the restaurant continues to thrive, I still can't help but worry that it will one day be swept away by gentrification, or its browner, equally problematic relative: gentefication.

Gentefication (no, that's not a typo) is a relatively new term, one that still hasn't received a Webster definition. But it's made more than a few cameos in articles by The New York Times and various community blogs. The important distinction here is that gentefiers aren't strangers to their communities — they're actually from the neighbourhood they're helping gentrify. It's a play on the word "gente," which means "people" in Spanish, and gentrification, which means the process of renovating neighbourhoods by conforming to middle-class taste and displacing low-income businesses. When we think of gentrifiers, many of us imagine a Caucasian middle-class hipster with a man bun and a plate of $12 avocado toast, not a community member who might've grown up in the same block as the small business they're pushing out. As Gustavo Arellano, California columnist for the Los Angeles Times, puts it, "Gentefication is basically gentrification with a brown happy face."

I may be sipping a sangria while bobbing my head to Cardi B, but at what cost?

While the exact origin of the word is still up for debate, Los Angeles Magazine credits Guillermo Uribe, owner of Boyle Heights bar Eastside Luv, for coming up with the label in 2007. In an interview with the magazine several years ago, Uribe, a self-proclaimed gentefier, explained, "If gentrification is happening, it might as well be from people who care about the existing culture. In the case of Boyle Heights, it would be best if the gente decide to invest in improvements because they are more likely to preserve its integrity."

I have been a customer of Uribe's bar for almost five years, and not just because of its amazing sangria — because it is one of the few places where I can dance to Drake and corridos in the same night. Being a first-generation Mexican-American woman in my late 20s, I fall into the (almost) cliche group of Latinxs who idolize Frida Kahlo, dance to Morrissey, and quote 1997's Selena (anything for Selenas!). Businesses like Uribe's speak to the unique, blended upbringing and tastes of first-, second-, and even third-generation Latinxs like myself. But instead of fixing their neighbourhood's existing gentrification problem, they're adding to it by displacing immigrant businesses. I may be sipping a sangria while bobbing my head to Cardi B, but at what cost? 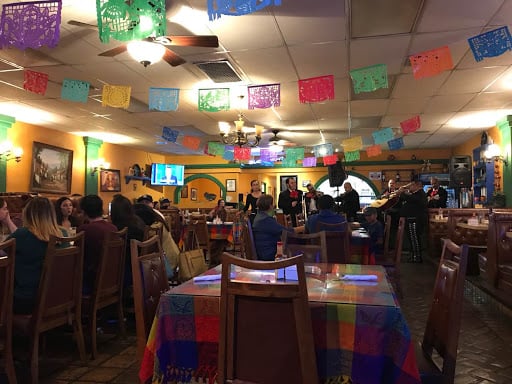 If my dad could describe his customer demographic, he'd guess that half of his customers are on the older side of the spectrum. He's OK with that, and why shouldn't he be? These customers who've been coming back for years, despite newer, hipper restaurants moving in, are paying his bills. The food and family-friendly environment have more or less remained the same; while my dad has made some new additions to the restaurant, he's ignored advice from friends, family, and even me — all of whom have suggested the staff make more of an effort to attract younger customers. Instead, my dad has chosen to focus on providing his regulars with the restaurant they know and love. And according to Arellano, my dad is making a smart move.

"I think the best advertising I have is word of mouth."

"Hipsters are parasites, frankly," Arellano told me during a recent phone conversation. "They suck out the life of a neighbourhood, and then once it's not cool anymore, they go somewhere else, so I would warn against trying to appeal to this new demographic."

A few years back, my stepmother suggested that my father and his staff be extra cordial to millennial customers, because they might be more inclined to share photos of our food on social media. "Be nice to the foodies," she'd tell my dad. While his wife's suggestion, in retrospect, made sense, it didn't really help the restaurant in any meaningful way.

"Honestly, I've never seen any foodie bring in business to my place," my dad told me. "I think the best advertising I have is word of mouth. I have paid for advertising, and honestly I don't see any difference. I think the place, the service, speaks for itself."

Arellano is also a strong believer in the power of word-of-mouth advertising. It's possible for immigrant-run businesses to attract old and new customers, he notes; for proof, look no further than the loncheras, or food trucks, in the city of Santa Ana where Arellano works.

"There's a lonchera, a pink taco truck, that gets a whole lot of hipsters," Arellano explained. "But it still gets, like, the lack of the term, the paisas, you know, the working-class Mexicans, and they haven't changed anything."

Staying true to your product and to your customers might seem like a great weapon, the most viable way forward for immigrant business owners fighting gentrification and gentefication — but in actuality, it might not be enough. So, what is? 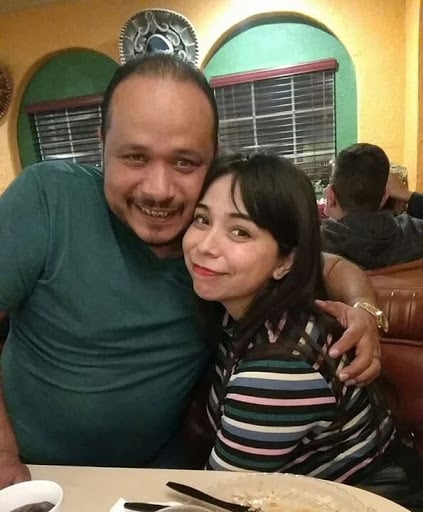 "A landlord has no obligation to his community or to the community where his properties are."

Ah, landlords. With their suits and their formal notices, landlords are arguably the people's greatest and oldest villain. Yet, while some of us might not agree with their development plans and rent increases, the truth of the matter is, landlords really don't owe us sh*t.

"A landlord has no obligation to his community or to the community where his properties are," Arellano explained. "His or her obligation is to their pocketbook, so the only real way that businesses can protect themselves is by becoming their own landlords."

My father is not his own landlord, and while I fully believe in the power of his hustle, with the rising property rates in San Fernando, I doubt he'll own the building the restaurant's situated in anytime soon. Arellano points to how difficult and expensive it is to own a building and names it as a reason he recommends business owners team up with community land trusts. CLTs are nonprofit, community-based organisations dedicated to ensuring community stewardship of land — and enabling the businesses that make our communities what they are to stay in business. But while immigrant business owners are out strategizing ways to stay afloat, there's something gentefiers can do as well.

It's a Hard Walk to Walk

In 2015, Helados Pops Ice Cream moved into the space directly next to El Abuelo. Owned and run by a young immigrant family, the shop has been a hit with San Fernando residents and the internet (Insider did a video about Pops' infamous coconut shell sundaes, and it garnered five million views on Facebook). New to the block, Pops has been nothing but friendly to its neighbours, including my father. The two businesses scratch each other's backs — my father and stepmother suggest customers try the business next door, and vice versa.

Budding friendships between businesses like El Abuelo and Pops is a great way for establishments, whether gentefying or not, to coexist. Some gentefiers, like Eastside Luv's Uribe, argue that they genuinely wish to make their neighbourhood a better place. While I'm sure they say this with sincerity, as the old saying goes: actions speak louder than words.

While this won't entirely solve gentefication, Arellano still urges gentefiers who might feel conflicted or guilty to make an effort, whether that be supporting neighbouring businesses or teaming up with them for projects. For my father's newer neighbours, that means spreading the word about my father's amazing food to their customers.

"It's hard, but you know, at least you're putting your money back into the community," Arellano said. "It's a hard walk to walk, but you should try to walk it regardless."

GenteficationGentrificationLatinaPersonal Essay
Around The Web