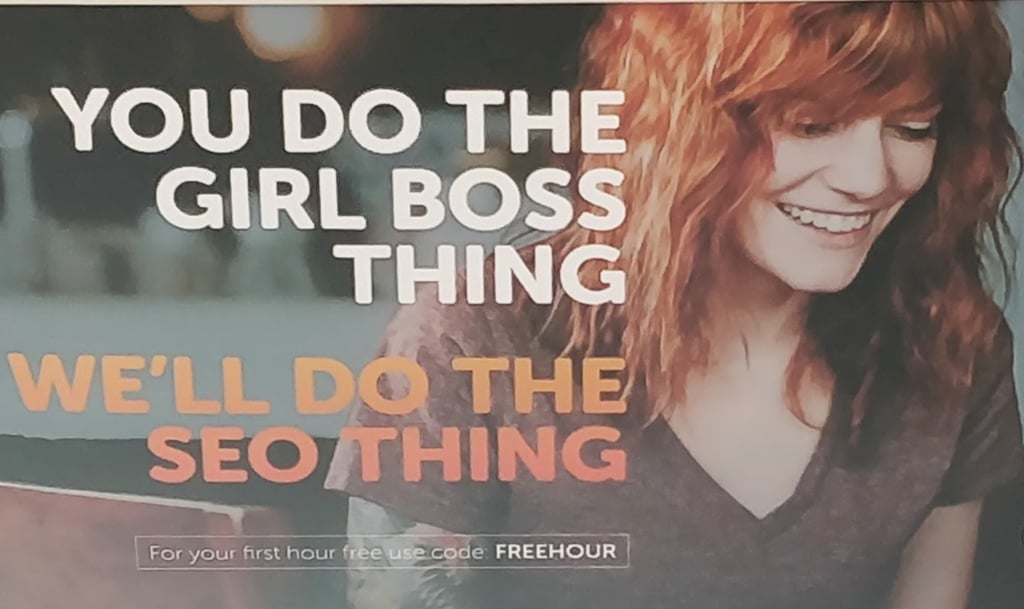 People Per Hour's ad was spotted on the tube in Nov. 2019. It featured an image of a woman with the text "YOU DO THE GIRL BOSS THING. WE'LL DO THE SEO THING." The ad received 19 complaints from people who believe that it was patronising by implying that women were not technologically skilled. The ASA finally ruled against the ad, stating that "in the context of "the girl boss thing", use of the word "girl" to refer to an adult woman reinforced the impression that a female "boss" was a novelty, playing at their role and somehow less serious than a man in the same position."

The ad for PC Specialist was seen on the telly in Sep. 2019. It featured three men performing different activities on computers, accompanied by a male voice-over "for the players, the gamers, the 'I'll sleep laters', the creators, the editors, the music makers. The techies, the coders, the illustrators." The ad received eight complaints from viewers who believed that it depicted "men in roles that were stereotypically male and implying that it was only men who were interested in technology and computers." The ASA's ruling against the ad was on the grounds that "the ad repeatedly cut to images of only men, who were both prominent and central to the ad's message of opportunity and excellence across multiple desirable career paths," which implied that only men could excel in those roles.

Many hoped that 2020 would be the official kickstart of the "future", meaning the future of us being on the right side of history, of prioritising voices that have been previously left out of important cultural conversations, and of righting the wrongs of our parent's parents. It's unfortunate that blatantly offensive ads that perpetuate harmful stereotypes are still being promoted in public places. While it took a few months for the ASA to take action against these harmful ads, we're glad to see that independent watchdogs and cancel culture are encouraging people to more actively critique these problematic tropes.

Click ahead to see the poster ad for People Per Hour that was spotted on the London Underground.

Related:
Everyone's Using FaceApp, but Is It Actually Safe? Here's What You Need to Know
Previous Next Start Slideshow
News