Barack Obama delivered a powerful speech for the third night of the 2020 Democratic National Convention on Wednesday from the Museum of the American Revolution in Philadelphia. There, the former president made his most scathing public criticisms of Donald Trump yet, as he doubled down on his support of Joe Biden.

Obama admitted that he hoped Trump would take the presidency seriously when he took office in 2016, but the last four years have proved the opposite. "[Trump's] shown no interest in putting in the work . . . no interest in using the awesome power of his office to help anyone but himself and his friends; no interest in treating the presidency as anything but one more reality show that he can use to get the attention he craves," Obama said.


"Donald Trump hasn't grown into the job because he can't."

"Donald Trump hasn't grown into the job because he can't," he continued. "And the consequences of that failure are severe. 170,000 Americans dead. Millions of jobs gone while those at the top take in more than ever. Our worst impulses unleashed, our proud reputation . . . diminished."

Amid this lack of leadership, Obama asked voters to instead consider his friend and former vice president, Joe Biden, for the esteemed office. "For eight years, Joe was the last one in the room whenever I faced a big decision. He made me a better president – and he's got the character and the experience to make us a better country," Obama said. "And in my friend Kamala Harris, he's chosen an ideal partner."

He assured viewers that Biden and Harris will get the pandemic under control, "like Joe did when he helped me manage H1N1 and prevent an Ebola outbreak from reaching our shores."

"But more than anything, what I know about Joe, what I know about Kamala, is that they actually care about every American. And they care deeply about this democracy." The same cannot be said of the Trump administration. Obama warned Americans to be wary of conspiracy theories, to safeguard and appreciate their freedoms, and exercise their right to vote. "Do not let them take away your power. Don't let them take away your democracy," he pleaded.

"This administration has shown it will tear our democracy down if that's what it takes to win. So we have to get busy building it up – by pouring all our efforts into these 76 days and by voting like never before – for Joe and Kamala and candidates up and down the ticket."

Vote
New Mom Gigi Hadid Reminds Us All to Vote With Her Cool, Retro T-Shirt
by Sarah Wasilak 1 day ago 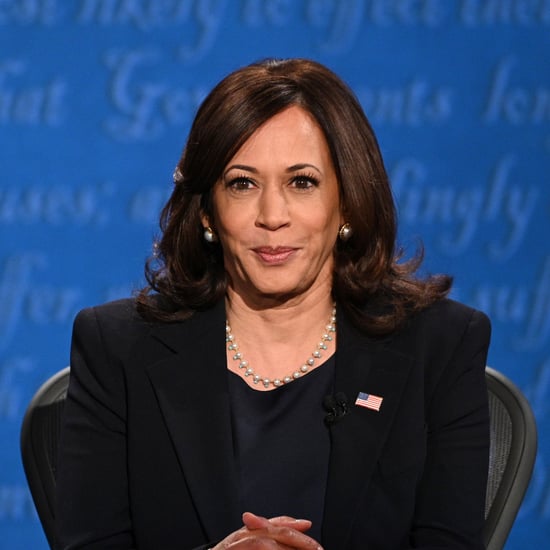 2020 Election
Grant Me Kamala Harris's Restraint When She Deals With Debate Interruptions: "I'm Speaking"
by Karenna Meredith 2 weeks ago

The 2000s
Bust Out Your Red Solo Cups! A Laguna Beach Virtual Reunion Is in the Works
by Kelsey Garcia 3 weeks ago

The Royals
Meghan Markle on Being "Liberated" From Naysayers: "It's Very Easy to Just Live With Truth"
by Yerin Kim 4 weeks ago

by Yerin Kim 11 minutes ago