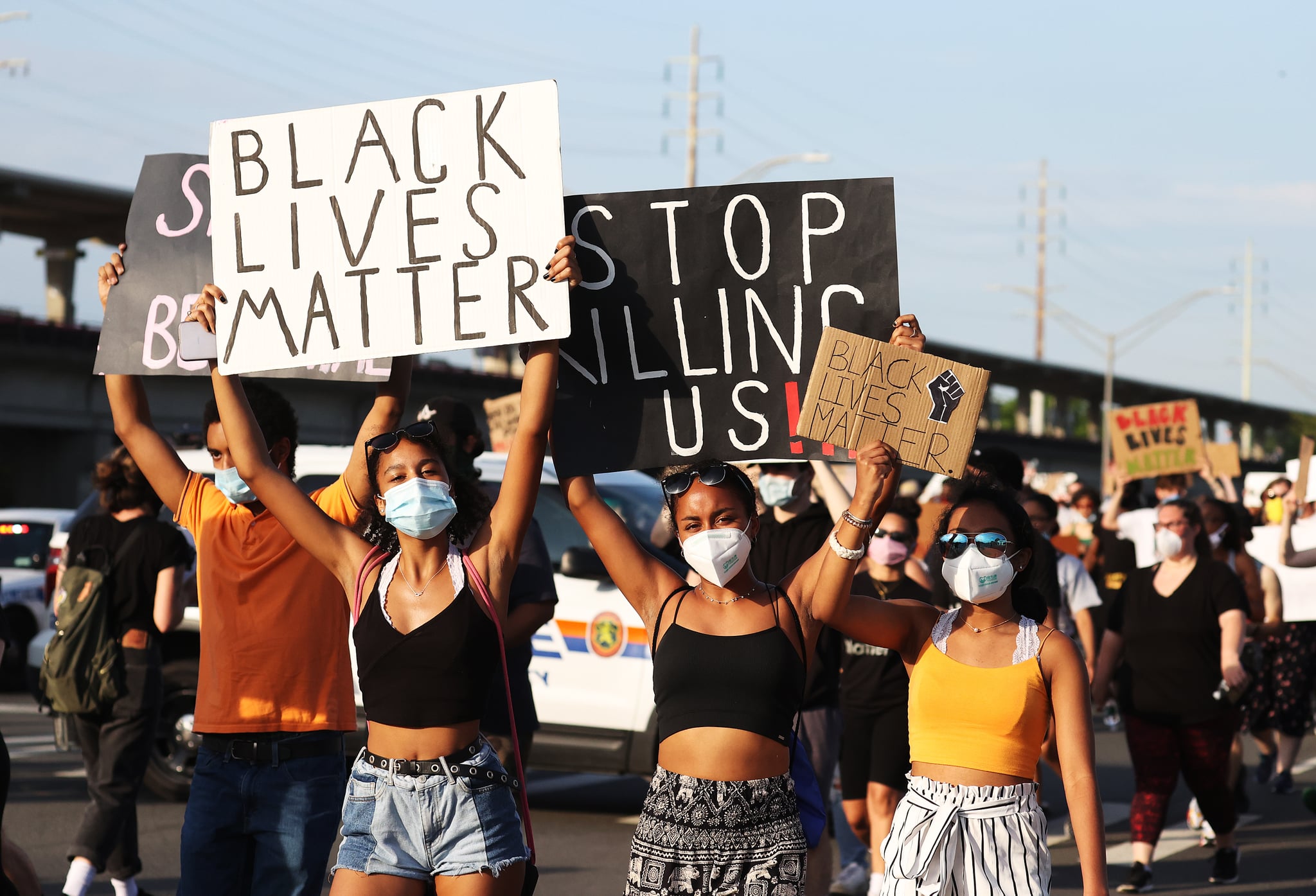 As a white or non-Black ally to the Black Lives Matter movement, there are many ways to put in valuable work and make a difference: speaking out on social media platforms, making donations, regularly shopping at Black-owned businesses, voting for representatives who support the movement, and attending Black Lives Matter protests in your area – just for a start. All of these actions require thought, research, follow-through, and consistency; but if you're an ally planning to take part in marches and demonstrations, it's especially essential that you're aware of and careful about your actions. At large demonstrations, including those currently taking place nationwide to protest the killing of George Floyd, there is often major police presence. As an ally, your actions can contribute to making the area safer or more dangerous for the Black people in attendance.

Ahead, you'll find a few specific ways you can be a more valuable ally at protests. (Reminder: if you're unable to attend in-person, there are important ways you can help from home. Start here.)

Do your research beforehand. As digital strategist and anti-racism trainer Leslie Mac told Mashable, it's important to make sure the rally is organised by a Black-led group that's actively doing anti-racism work in your area. Demonstrations may be listed in local news media, on social media, or on the organisations' websites.

"When white people show up to protests for the Movement for Black Lives, they are our guests," said Ben O'Keefe, an activist and former senior aide to Elizabeth Warren, in an interview with Vox. "They are new for this. This might be exciting to them now, but this has been something that we have been living for generations and fighting for generations. So, you are showing up, and we're happy to have you, you are our guests."

That means that, as an ally at a protest, it's important to listen to those around you and follow direction from leaders, who will clearly lay out the goals for the protest and expectations for allies.

Put Your Privilege to Use

As an ally, be aware of your privilege and be prepared to use it at protests. For white people, O'Keefe explained, this may mean physically coming between Black protesters and the police for protection. You can also use any financial privilege you have to provide essential supplies at protests, such as water bottles, face masks, snacks, hand sanitizer, and first aid. Mac said one of the most useful things you can do as an ally is to provide jail support: waiting while protesters are detained and helping them with food, transportation, and legal advice upon release.

Document the Protest — With Caution

On-the-ground footage of protests is a powerful tool. Recording or taking pictures at a demonstration provides a different perspective than the one often shown by news media, which sometimes cannot or will not show what protests truly look like. Documenting demonstrations also holds police accountable.

One important caveat: avoid taking photos or filming peoples' uncovered faces or shoes. These are some of the easiest ways to identify people and that could pose a danger for some, said Allissa Richardson, PhD, a USC journalism professor who studies how marginalized communities use social media. In an interview with Mashable, she recommended blurring out faces or shoes if you've caught them on camera.

Continue the Work After the Protest

The work of overcoming racial injustice doesn't end when the protest does. As an ally, continue to donate money and time to organisations that work for racial equality and against police brutality (here's a list of orgs to start with); use your platform to amplify those causes and spread awareness of injustice when it happens; vote for local, state, and nationwide representatives who support the movement; and talk to family and friends about Black Lives Matter, even when those conversations are uncomfortable. Here are five actionable ways to fight racial injustice now and moving forward.

If you're an ally at a Black Lives Matter protest, do not: