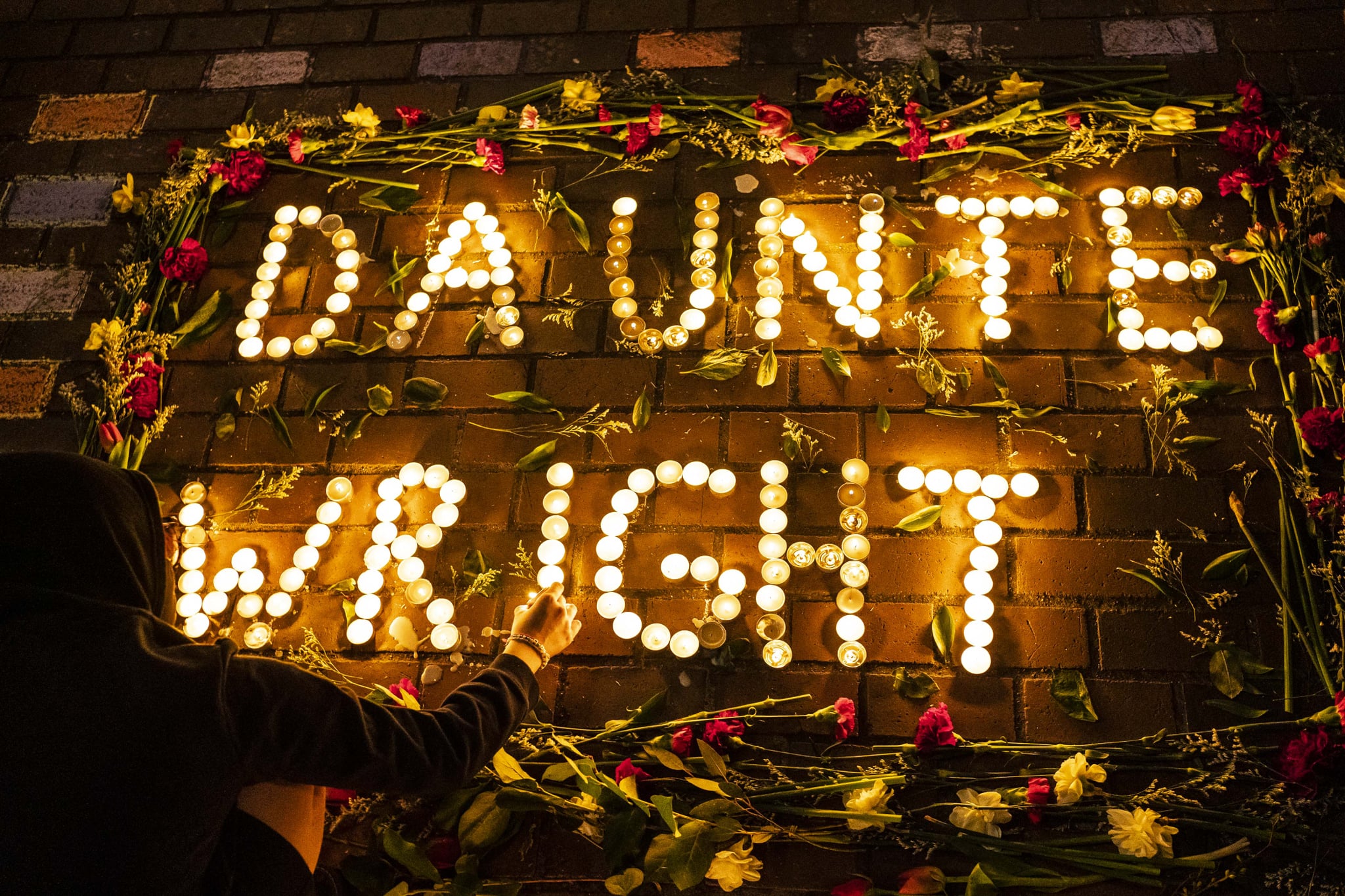 On April 11, protests began nationwide after a police officer shot and killed a 20-year-old Black man in Brooklyn Centre, MN. Daunte Wright was driving to his older brother's house with his girlfriend on Sunday afternoon, when police pulled him over for expired tags. Police said they found an existing warrant for Wright's arrest and attempted to handcuff him. Bodycam footage revealed Officer Kim Potter shot Wright when she claimed to be reaching for her taser. He died on the scene, just 10 miles from where former police officer Derek Chauvin is on trial for the death of George Floyd.

Daunte's mother, Katie Wright, spoke out about the fear he experienced before his death. Daunte called her after the police pulled him over, at the suggestion of his older brother. "I know my son was scared. He's afraid of the police, and I just seen and heard the fear in his voice. But I don't know why, and it should have never escalated the way it did," Katie told Good Morning America on April 13. According to Katie, Daunte believed he was getting pulled over for his hanging air fresheners, then she heard "scuffling" and an officer told him to hang up the phone. "I tried to call back three, four times and the girl that was with him answered the phone and she said that they shot him and he was lying in the driver's seat unresponsive."

According to CNN, Daunte's death is at least the third high-profile death of a Black man at the hands of police in Minnesota in the last five years. Like these other victims of violence, his family and loved ones grieve his loss. Daunte's killing leaves his 2-year-old son without a father, his brothers and sisters without a sibling, his parents without a son. "We had our hearts pulled out of our chests. He was my baby," Katie continued. Potter and the Brooklyn Centre Police Chief both resigned on Tuesday, but Katie still expects "justice to be served" and for Potter "to be held accountable for everything that she's taken from us."

If you'd like to help support Daunte's family and demand justice, below are a few resources and action items:

Marcus Rashford
Marcus Rashford's Response to the Euro's Final: "I Will Never Apologise for Who I Am and Where I Came From."
by Navi Ahluwalia 13/7/21

Celebrity Interviews
Spike Lee Is Using His Time at Cannes to Denounce Racism: "We Have to Speak Out"
by Grayson Gilcrease 08/7/21