“One lady ... she said, ‘What is he? Is he the uterus collector? Does he collect uteruses?’ And I asked her what did she mean. She said, ‘Everybody that I’ve talked to has had a hysterectomy.’” pic.twitter.com/7b3UyyNC6A

A former nurse at an immigration detention centre Ocilla, GA is speaking out about the "jarring medical neglect" allegedly taking place within its walls, including an alarming rate of hysterectomies and what she describes as a total disregard for the spread of coronavirus. After leaving the Irwin County Detention Centre in July, Dawn Wooten, who worked at the facility on and off for a decade, filed a complaint to the Department of Homeland Security's Office of Inspector General on Sept. 14. Law & Crime, a legal news website, helped break the news by publishing a story the same day the complaint was filed, which would go on to be widely covered. In an interview with MSNBC's Chris Hayes on Sept. 15, Wooten shed more light on what what she witnessed.

"I have a title as a licenced practical nurse, and I protect my title with dignity."

"As a human, you just don't treat people inhumane. I have a title as a licenced practical nurse, and I protect my title with dignity," Wooten told Hayes. The complaint alleges that a "high rate" of hysterectomies are being performed by an unnamed gynecologist outside of ICDC. One detained immigrant quoted in the complaint, who compared ICDC to an "experimental concentration camp," said she knew five women who had undergone the surgery, and many of them were unsure why they were subjected to the surgery in the first place. Wooten, meanwhile, says she knew of one woman who needed to have her left ovary removed due to a cyst, and the gynecologist erroneously removed the right ovary.

In her MSNBC interview, Wooten recalled a remark once made by a detained immigrant: "'What is he? Is he the uterus collector? Does he collect uteruses?' . . . Everybody that I talk to has had a hysterectomy." Wooten said, "I had no answers as to why they had those procedures."

The facility's handling of the novel coronavirus also raises concerns: ICDC allegedly refused to test detained immigrants for the virus, hid documentation that did show proof of cases within the facility, and allowed for symptomatic employees to continue working as they await test results. Wooten said, "The sanitation, especially during COVID, was horrible. We didn't have anything to sanitize with. We didn't have the proper PPE, so they didn't have the proper PPE . . . And when you asked, you would be reprimanded." Wooten, who has sickle cell anemia and asthmatic children, voiced her concerns until she was eventually demoted.

The same day the complaint was filed, several congresspeople including Ayanna Pressley, Judy Chu, Alexandria Ocasio-Cortez, and Pramila Jayapal called for an official investigation into its claims. In a statement shared on Sept. 15, House Speaker Nancy Pelosi said, "If true, the appalling conditions described in the whistleblower complaint – including allegations of mass hysterectomies being performed on vulnerable immigrant women – are a staggering abuse of human rights." She added, "Congress and the American people need to know why and under what conditions so many women, reportedly without their informed consent, were pushed to undergo this extremely invasive and life-altering procedure."

CoronavirusImmigrationUS NewsWomen's Rights
Around The Web

Coronavirus
If Your Friends and Family Refuse to Wear a Face Mask, Try a Therapist's 3-Step Approach
by Maggie Ryan 4 days ago

Coronavirus
How Long Can You Safely Work Out in a Mask? Experts Say It Depends on These Factors
by Caitlin Flynn 1 week ago

Coronavirus
If You Have No Choice but to Wear a Disposable Mask Again, Take These Doctors' Advice
by Hedy Phillips 1 week ago 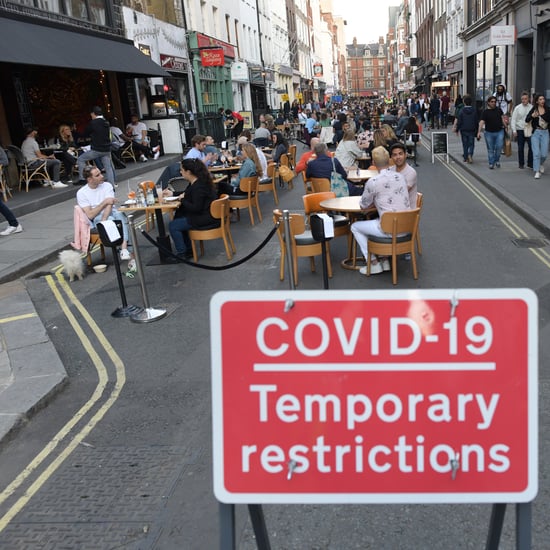