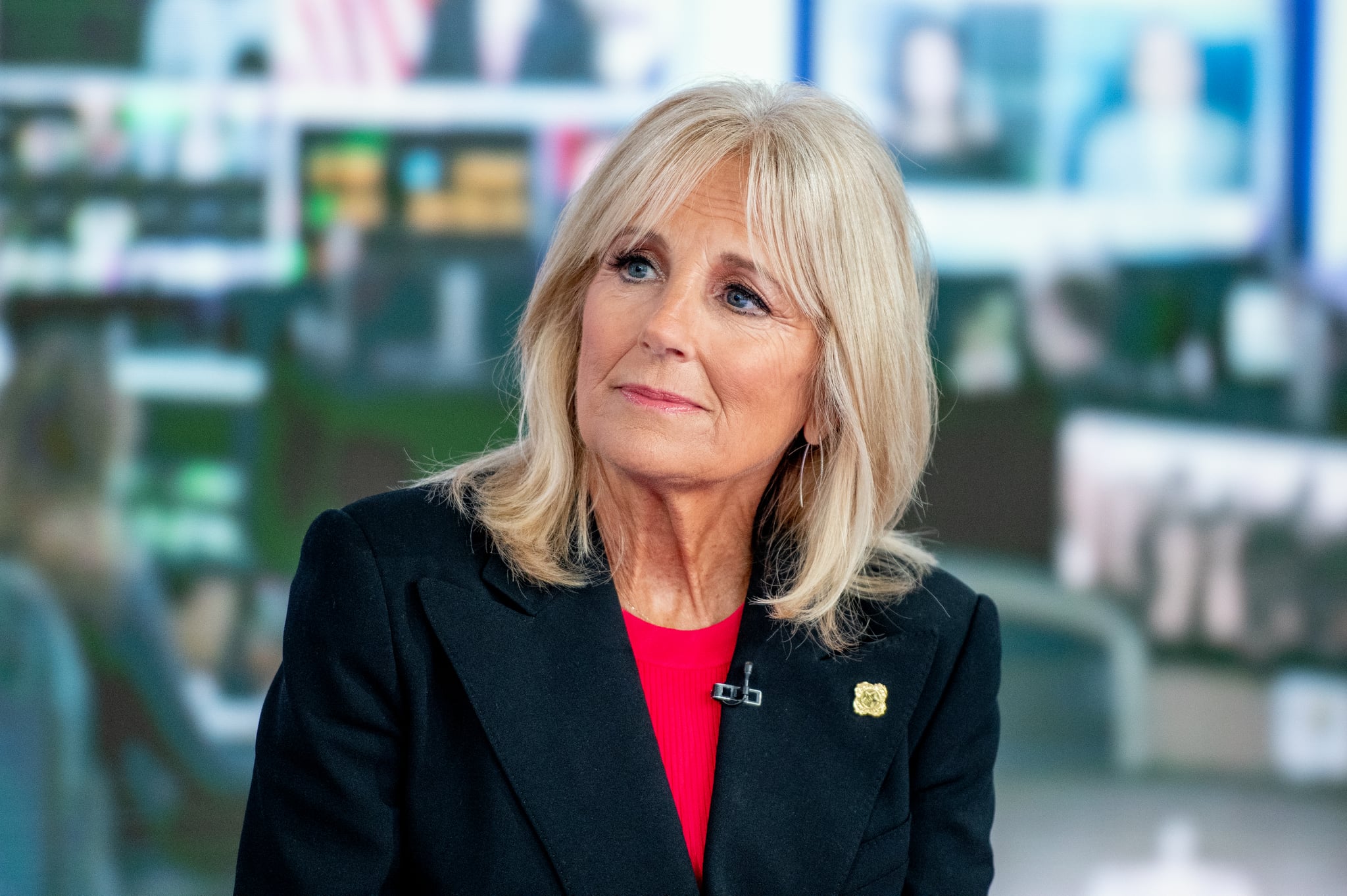 Jill Biden, lifelong educator and former Second Lady, gave her 2020 Democratic National Convention speech from a classroom at Brandywine High School in Wilmington, DE. The setting was no prop — it was the same classroom where she taught English from 1991 to 1993. Jill has said "Teaching is not what I do. It's who I am," and that philosophy has informed her life and her time as Second Lady. Jill taught full-time throughout Joe Biden's two terms at the White House, and is thought to be the first Second Lady to hold a paying job while her husband held office.

Her lifelong career as an educator, paired with experience as a military mother and the loss of her son and parents to cancer, shaped her political platform: During her time as Second Lady, she was known for supporting community colleges, military families, and cancer awareness. In part because of her personal experiences with these issues, she has been praised for her ability to relate to ordinary Americans, and to translate her own experience to broader issues facing the nation.

Here's what you need to know about the potential next First Lady.

She completed her first master's in education from West Chester State College (while pregnant, we might add!), and another master's in English from Villanova University. She earned a Doctor of Education degree from the University of Delaware (where years before she also completed her bachelor's) while working as a professor at Delaware Technical and Community College.

She's been teaching for over 30 years.

Jill has taught at community colleges, high schools, and a psychiatric hospital for adolescents. Not one to let her position as Second Lady get in the way of her passion for education, she started teaching full-time at Northern Virginia Community College just four days after Barack Obama and Biden's inauguration in 2009. Michelle Obama once remembered her as "always grading papers." When her students asked if she had any connection to the vice president, Jill always brushed the question off, describing Joe as one of her relatives. As she told NPR, "I think I have a separate role there as an English teacher and that's who I want to be. I want to be Dr. B., their English teacher and I think they like that."

She's an advocate for community college.

Jill taught full-time during her tenure as Second Lady, so it's no surprise that she's a huge supporter of community colleges (as is her husband). She wrote her dissertation on thee importance of these institutions, barriers faced by their students, and strategies for maximising retention. During her time as Second Lady, she travelled across the country twice in support of community colleges — in 2015 with President Obama and in 2012 with Secretary of Labour Hilda Solis. She also visited and held speaking engagements at the schools across the nation.

She's a military mom and supporter.

The Bidens' late son, Joseph "Beau" Biden, served in Iraq. He died in 2015 after battling brain cancer, and it's been suggested that certain chemicals Beau encountered during his service contributed to the tumor. Jill understands firsthand how these issues and many others impact veterans and their families. In 2011, she and First Lady Michelle Obama launched Joining Forces, a nationwide initiative that called Americans to support service members, veterans and their families. Five years after its inception, over 1.4 million veterans and military spouses had been hired or trained, and the unemployment rate for the 9/11 veterans' generation dropped from more than 12 percent to lower than the national average at the time.

After several of her friends were diagnosed with breast cancer in 1993, years before her life as Second Lady, she created the Biden Breast Health Initiative in Delaware, which has educated more than 10,000 high school girls about the importance of early detection. In 2009, Jill and Joe Biden served as Honourary Co-Chairs for the Global Race for the Cure in Washington, D.C., and in 2016, President Obama called on Joe Biden to lead the National Cancer Moonshot initiative. Jill continued to promote breast cancer research and early detection as Second Lady.

So, there you have it. Jill Biden is someone who understands what it means to serve within the nation's highest office. Based on her tenure as Second Lady, we can expect her t continue to advocate for causes that affect everyday Americans: to focus on education, support military families, and continue creating cancer awareness. We can also expect her to be strong-willed — she's a self-described "Philly girl" who has now twice blocked protesters from crashing her husband's campaign stage (on Super Tuesday and right before the New Hampshire primary). She's a hard worker who cares about — and lives out — the causes that matter to her. But first and foremost, she's a teacher, and regardless of the election's outcome, there's plenty we can learn from this impressive Second Lady.