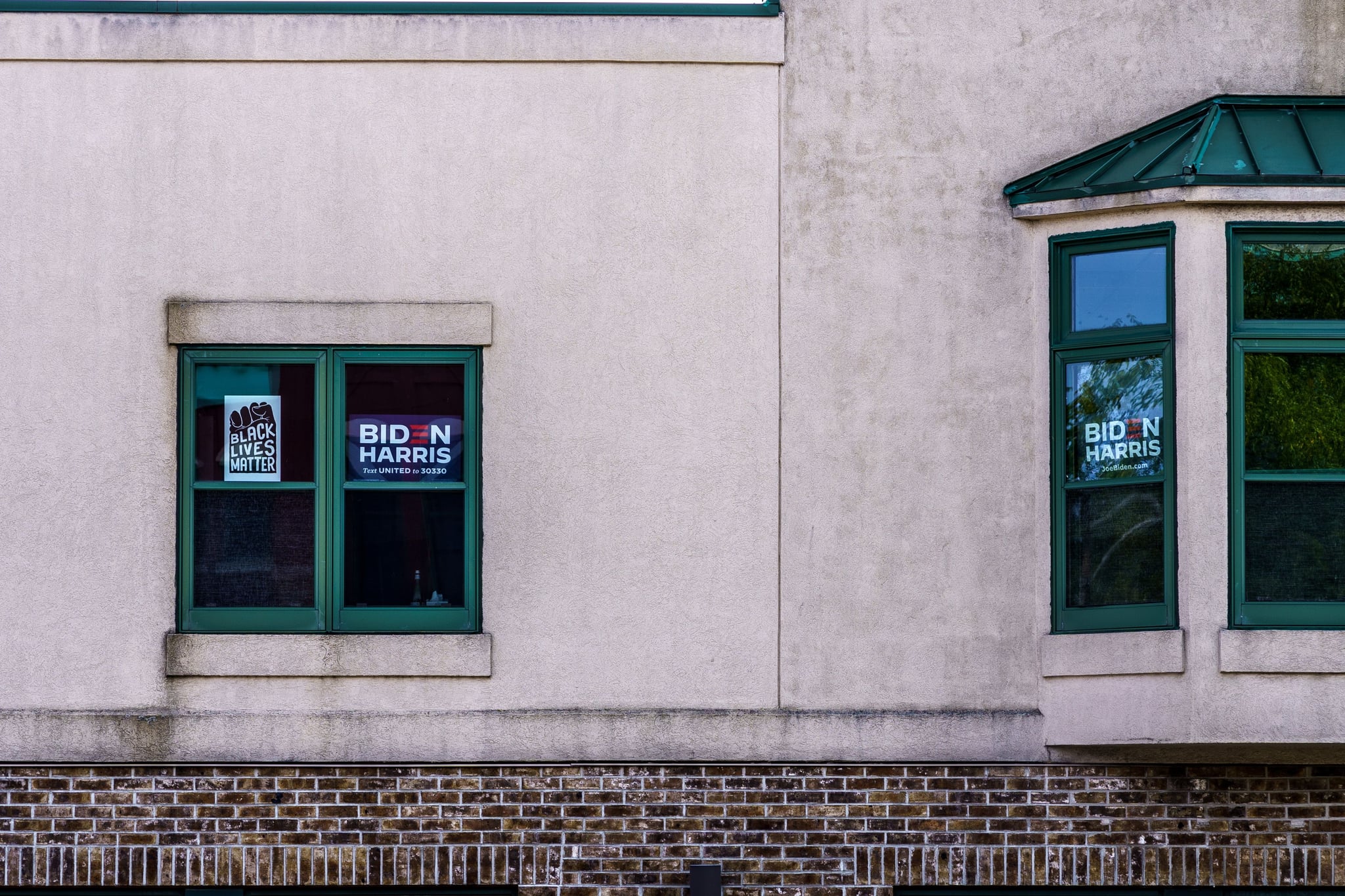 While the COVID-19 pandemic might be the most pressing issue in the 2020 election, racial justice is both right behind it and intertwined. Recent police killings of Black people have brought racial justice to the foreground of national conversation amid a time where we've also seen how people of colour are disproportionately affected by COVID-19. Knowing where our presidential candidates stand on racial equity is more important than ever, especially since racial justice is a multifaceted problem that requires policy change in virtually every arena of life.

Racial equity is one of the top three categories on the policy page of Vice President Biden's campaign website. On President Trump's, searching the same keyword mainly brings you to statements attacking Biden, in substitute of any actionable policy. Here's where the Biden-Harris campaign stands on racial justice.

Related:
If You Can't Attend a Protest, Here's How to Help in the Fight Against Racial Injustice

Where Do Biden and Harris Stand on Police Violence?

When Ahmaud Arbery was murdered while out for a jog in February 2020 — and his killers weren't arrested until May — Senator Kamala Harris wrote to US Attorney General William Barr calling this case "a failure of justice" and demanding an investigation, not only into the actions of Arbery's killers, but into the county district attorney's office and police department. Biden echoed her sentiment, calling for a transparent investigation for Arbery:

The video is clear: Ahmaud Arbery was killed in cold blood. My heart goes out to his family, who deserve justice and deserve it now. It is time for a swift, full, and transparent investigation into his murder. https://t.co/alvY5WjdHx

After George Floyd's murder in late May 2020, Vice President Biden met local Black leaders in his home city of Wilmington, DE, and gave an address in which he supported the right to peacefully protest (while saying there is "no place for violence . . . looting or destroying property"), condemned police violence, and committed to creating a national police oversight commission within the first 100 days of his presidency. He called for "each and every police department in the country to undertake a comprehensive review of their hiring, their training, and their de-escalation practices," and for that review to be supported by the federal government. In her statement, Harris, who served as a prosecutor herself, said, "We have to be clear about the injustices within our criminal justice system and demand accountability to the communities law enforcement are sworn to protect and serve."

More recently, in the wake of Breonna Taylor's case ruling, Vice President Biden tweeted, "Today in America, Black women deserve better." He also released a statement saying, "To do more to deliver justice for Breonna . . . We need to start by addressing the use of excessive force, banning chokeholds, and overhauling no-knock warrants." Harris called for a national standard for police's use of force: "This week was yet another heart-wrenching reminder of our urgent need to reform our justice system from the inside out. There has not been consequence and accountability for police officers who break the rules and break the law."

This week was yet another heart wrenching reminder of our urgent need to reform our justice system from the inside out. pic.twitter.com/xBbQJphlV2

It's worth noting that as part of her own presidential campaign, Sen. Harris released a criminal-justice reform plan to shift away from mass incarceration and toward building safer communities. And more recently, in the vice presidential debate, Sen. Harris said, "We need reform of our policing in America and our criminal justice system. Which is why Joe Biden and I, will immediately ban chokeholds and karate holds . . . We will require a national registry for police officers who break the law. We will, on the issue of criminal justice reform, get rid of private prisons, and cash bail. And we will decriminalize marijuana and we will expunge the records of those who have been convicted of marijuana possession."

Harris on Breonna Taylor and George Floyd: ‘We always must fight for the values that we hold dear … we need reform of policing in America and our criminal justice system’ #VPDebate pic.twitter.com/DUANlAKKdL

Where Do Biden and Harris Stand on Healthcare Equality?

The Biden-Harris campaign understands that racial justice extends far beyond police violence. COVID-19 has been a powerful and devastating indicator of that, with hospitalization rates for Black people and Hispanic or Latino people at about 4.7 times the rate of non-Hispanic white people. People of colour have also been shown to have lower levels of health-insurance coverage than white people. However, the Affordable Care Act (also known as Obamacare or ACA) reduced these disparities, and the Biden campaign has committed to not only protecting the ACA, but doubling the nation's investment in community health centres and expanding access to mental health care (which Black people are far less likely to receive). Vice President Biden aims to give every American access to affordable health insurance, and in addition, to reduce the maternal mortality rate, particularly for Black women, who are three times as likely to die from complications of childbirth as white women or Hispanic women.

Where Do Biden and Harris Stand on Environmental Justice?

Racial justice is as vital as it is complicated, and this multifaceted problem requires policy change in virtually every arena of life. The Biden-Harris campaign not only acknowledges racial inequity, but has a vision and concrete plan to address it.