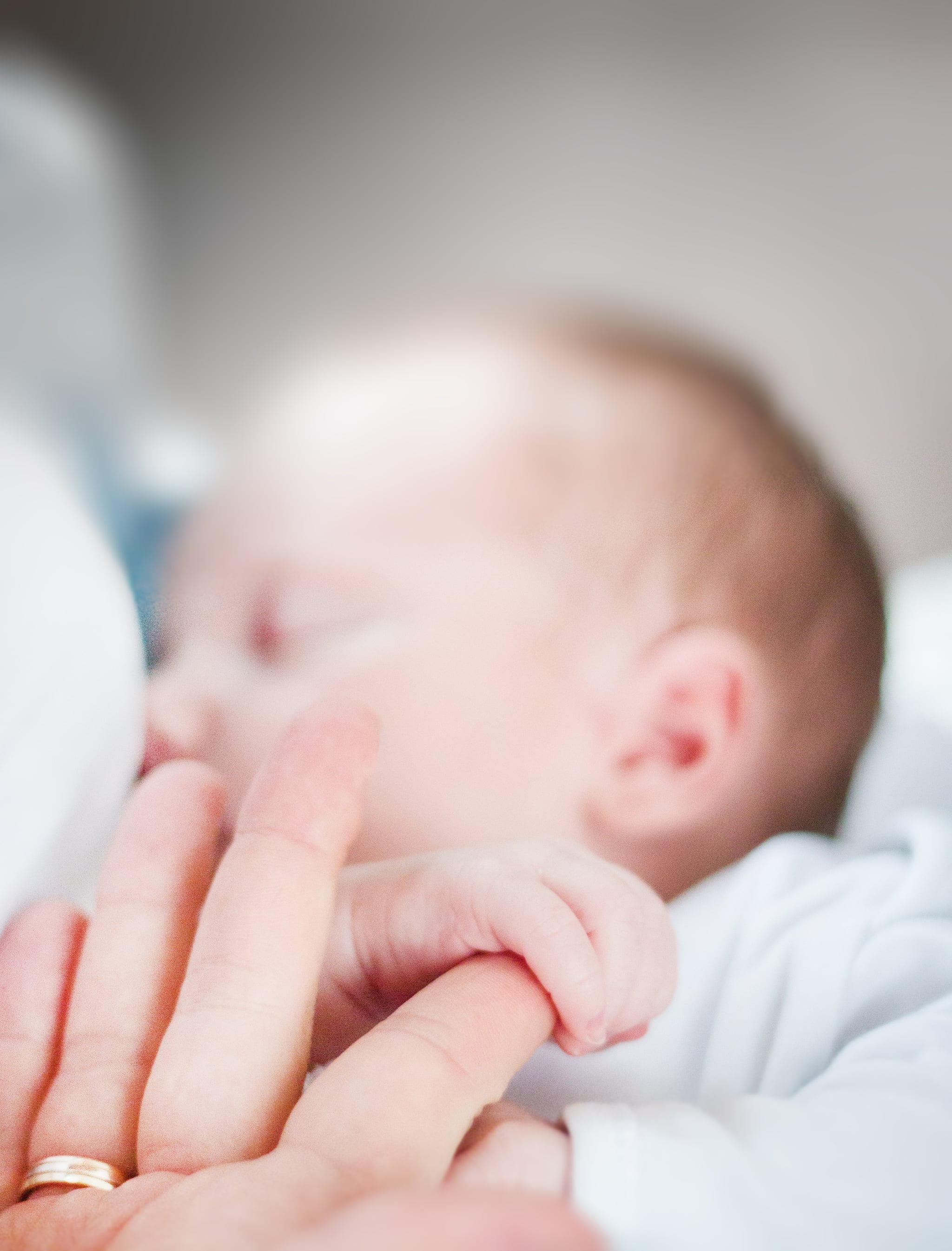 There's something entirely magical about being able to lull a baby to sleep by breastfeeding. It's like a superpower women get upon giving birth — instead of stepping into some radioactive slime and being able to spin spider webs our of our wrists, we created life and all of a sudden began shooting a nourishing natural sedative out of our breasts. I remember feeling positively heroic the way I was able to lull both of my newborns to sleep with just a short nursing session.

It was an easy pattern to fall into but one that was becoming impossible for me alone to sustain.

As to be expected, however, I became delirious with power and didn't realise that this aforementioned skill would soon be tantamount to kryptonite. Although my first baby managed to transition on her own, with my second, it didn't take long for me to realise that because she only ever fell asleep post-nursing session, she couldn't — or, more likely, wouldn't — go down any other way: she refused a pacifier and was finicky about bottles, so my husband struggled to help with late-night wake-ups, and because I worked full-time, my nanny struggled with nap times. It was an easy pattern to fall into but one that was becoming impossible for me alone to sustain. I began asking a question I never thought I'd need an answer to: how the hell do you successfully get a baby to go to sleep without breastfeeding?

One step shy of driving your fussy baby around until they drift off to dreamland in the backseat of the car, here are five tactics to wean baby off of the nurse-to-sleep routine for good. Or at least for every now and then. (Because we're not actually superheroes.)

1. Follow Your Baby's Cues to Start a Nursing-Free Nap Routine

Good routines take time to establish, and it pays to start soon, when baby is as young as 12 to 14 weeks. At this point, that adorable — and often difficult to avoid — milk-drunk status lessens, and you can start getting into the habit of concluding a nursing session while they are still awake. Getting them to go to sleep off the breast works best if you tailor the routine to your baby's individual internal clock — when the baby is naturally hungry and tired. Babies will almost always be hungry after a similar amount of time of not being fed, and they'll usually be tired after a similar amount of time of being awake, so you can simply watch your baby and develop your routine around what they naturally do. Eventually, with enough consistency, this will evolve into a predictable nap schedule.

2. Set the Mood For Sleep

Just because you can fall asleep the minute you hit the pillow doesn't mean your brand new baby has learned how to decompress just as easily. An hour before naps and bedtime, stop "playing" and start wrapping up overstimulating activities. As sleep time gets closer, begin setting the mood — dim the lights, turn off the music, turn on a soothing white-noise sound machine, and start speaking in more hushed tones. These strategies will help babies settle down for sleep.

3. Experiment With Different Ways of Soothing

I approached naps armed with a bag of tricks. First up: a collection of pacifiers. When I formally would have nursed, I tried enticing my baby with a paci. Although not a single one of the dozens brands of pacifiers worked on my baby, many aren't as finicky about the alternative to the human nipple and suckle it until they're asleep. So, when that didn't work, I tried different ways of rocking — standing up, in the glider, upright, in the cradle position, and so on. I also began a very regimented bedtime play by play. We read the same two stories and same the exact same lullaby while I rocked her in the exact same way. Eventually, she started to sense the pattern herself and give in. Keep experimenting to see what works for your baby.

It's natural for moms to want to be the ones to put their little ones to bed, but because babies can literally sniff out their mothers — and their mother's milk — they might benefit from a little distance, especially during the transition from nursing to sleep. When it's time to start the bedtime routine, hand the baby to your partner and leave the room, or even the house entirely. This might be a painful process, filled with tears from you and the baby, but it will train them to no longer expect on-demand nursing when it's time to go to sleep.

5. Don't Be Afraid to Flip the Script

For those struggling to get older babies and toddlers to fall asleep without a nursing session, consider reinventing the naptime routine entirely. Instead of removing yourself or following a specific bedtime schedule, make yourself available in another way. Perhaps start a new tradition of cuddling in Mommy's bed before putting them in their crib. For some, being able to have access to their parent in some capacity is enough. And don't undersell their ability to understand you. Speak to them about why you aren't nursing them right now and that it doesn't mean you won't nurse them at another time. A firm "no" or a gentle explanation can work surprisingly easily, depending on the child.