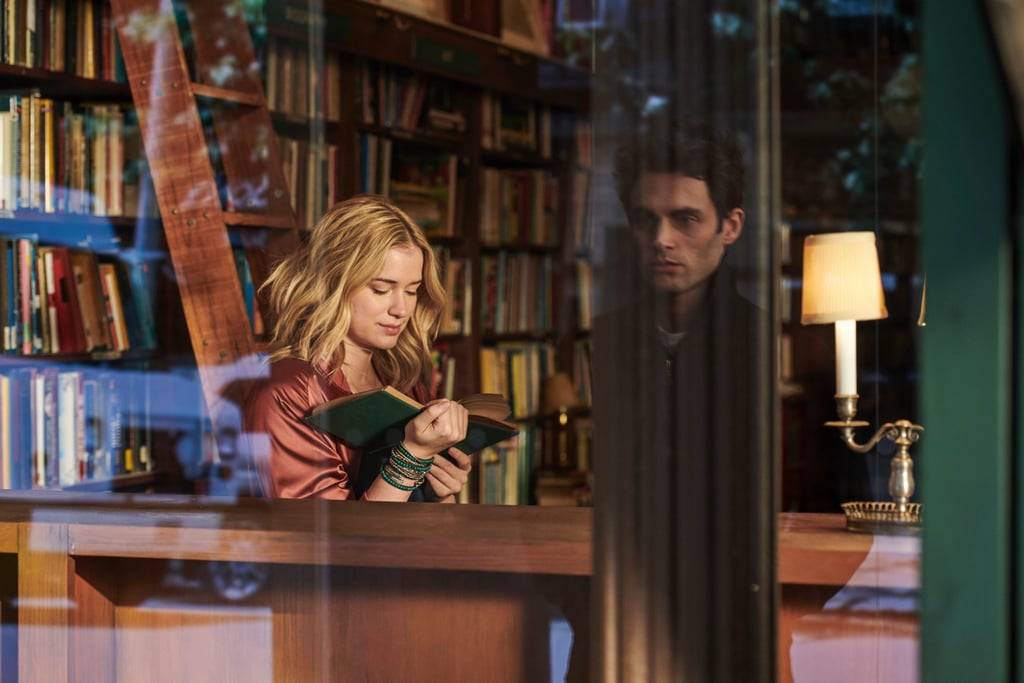 If you've avoided the internet's collective obsession over one of the latest shows added to Netflix — You, starring Penn Badgley of Gossip Girl as Joe, a psycho stalker — you're actually missing out. The creepily addictive thriller, which first aired on Lifetime but is getting a second season thanks to Netflix, is dark, twisted, and gripping . . . but it's definitely not one for kids to get engrossed in.

The show begins with a woman named Beck (Elizabeth Lail) who walks into the book store Joe works in. As soon as we see her, we hear Joe's immediately obsessive inner-commentary of her, and so the story of him stalking her and eventually dating her unfolds — but it's not without its obstacles. Joe goes to incredible lengths to make sure that no one dates Beck but him, which includes — but is not limited to — murdering anyone who gets in his way.

If your teen has been expressing interest in watching the popular show, or you have a feeling that this might be the kind of series they'd click on if it came up on their Netflix homepage (which is exactly what happened to me, and once I hit play there was no looking back), there are a few things you should be aware of first. You know your teen best, but You is a heavy show with a lot going on, so read ahead to know what your teen is getting into before they start (and get hooked on) the series.

Warning: plenty of panic-inducing spoilers for You lie ahead.

Related:
Can't Trust a Single Soul After Binge-Watching Netflix's You? Join the Club
Previous Next Start Slideshow
NetflixYouTweens And TeensParenting Tips And Advice