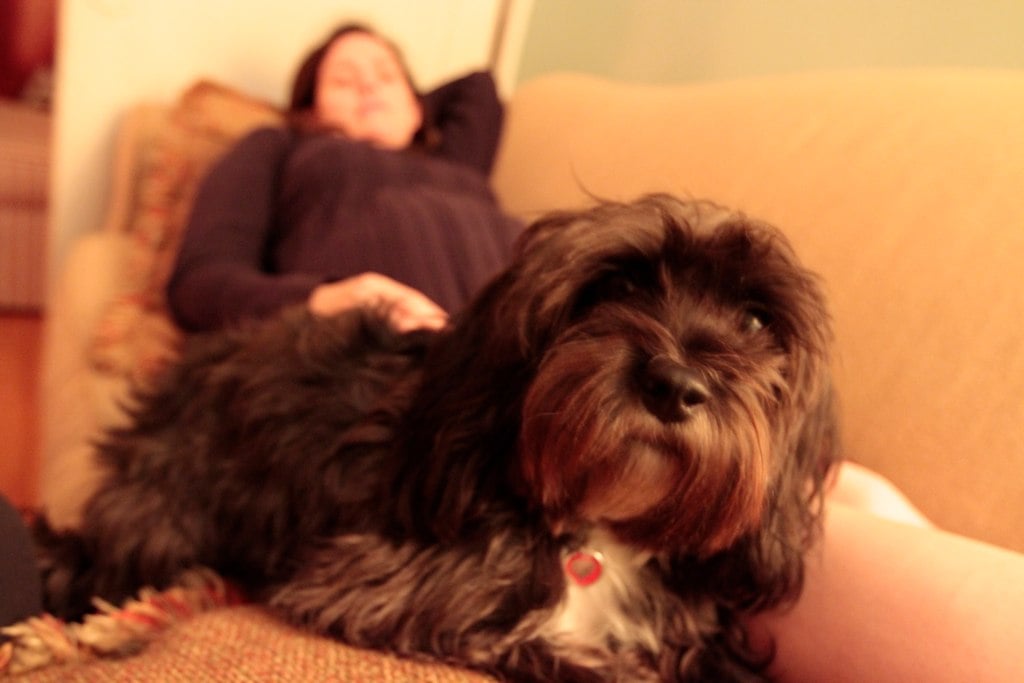 Although there's absolutely nothing better than cuddling up next to your furry friend on the couch after a long day, pregnant women might want to be more careful, according to a study published in Emerging Infectious Diseases from Texas A&M University.

After analysing several case studies, researchers found that the brucellosis infection — a bacterial disease that's usually spread by livestock such as goats, pigs, cattle, and sheep — can also be present in dogs that aren't spayed or neutered.

The dog-specific strain of the illness is called brucella canis, and people who get it often have flu-like symptoms. The bacteria can also "cause long-term or recurring symptoms, such as arthritis, swelling of the testicles, swelling of the heart, neurologic symptoms, and chronic fatigue" in humans, according to the US Centres for Disease Control and Prevention.

"Though brucellosis is a common cause of animal [miscarriages], it is also linked to fetal problems in women who are pregnant when they contract it."

"We don't really know how prevalent this disease is in the United States," Martha Hensel, the study's lead researcher and a veterinarian with Texas A&M University, told HealthDay News. "The information we have to draw conclusions on the public health risk is outdated, to say the least — something like 30 to 40 years old."

Researchers also want to point out that brucella canis is hard to get. A pregnant woman would have to come in contact with the dog's urine or reproductive organs in order to become infected. Obviously, vets and shelter workers would be at a greater risk for getting brucellosis, especially if their immune system is compromised.

"An average, healthy adult would probably not contract this disease unless they were exposed to a really high concentration of bacteria," said Martha.

Dr. Amesh Adalja, a senior scholar with the Johns Hopkins Centre for Health Security, agreed that the brucellosis bacteria can cause pregnant women to have health problems.

"Though brucellosis is a common cause of animal [miscarriages], it is also linked to fetal problems in women who are pregnant when they contract it — though at a lesser degree than with other animal species," explained Dr. Adalja. "The diminished role is due to the lack of a specific compound produced in human placenta [erythritol] as well as anti-brucella activity in human amniotic fluid."

Pregnant women who suspect they've been exposed to brucellosis should schedule an appointment with their doctor to get tested. The CDC says that if the results come back positive, going on antibiotics is usually the best course of action.

"At this point, we don't know what the incidence in the United States is, and how many dogs are carrying this bacteria," explained Martha. "We would like to put that out there for clinicians to think about, in terms of the risk of transmission from dogs to people."