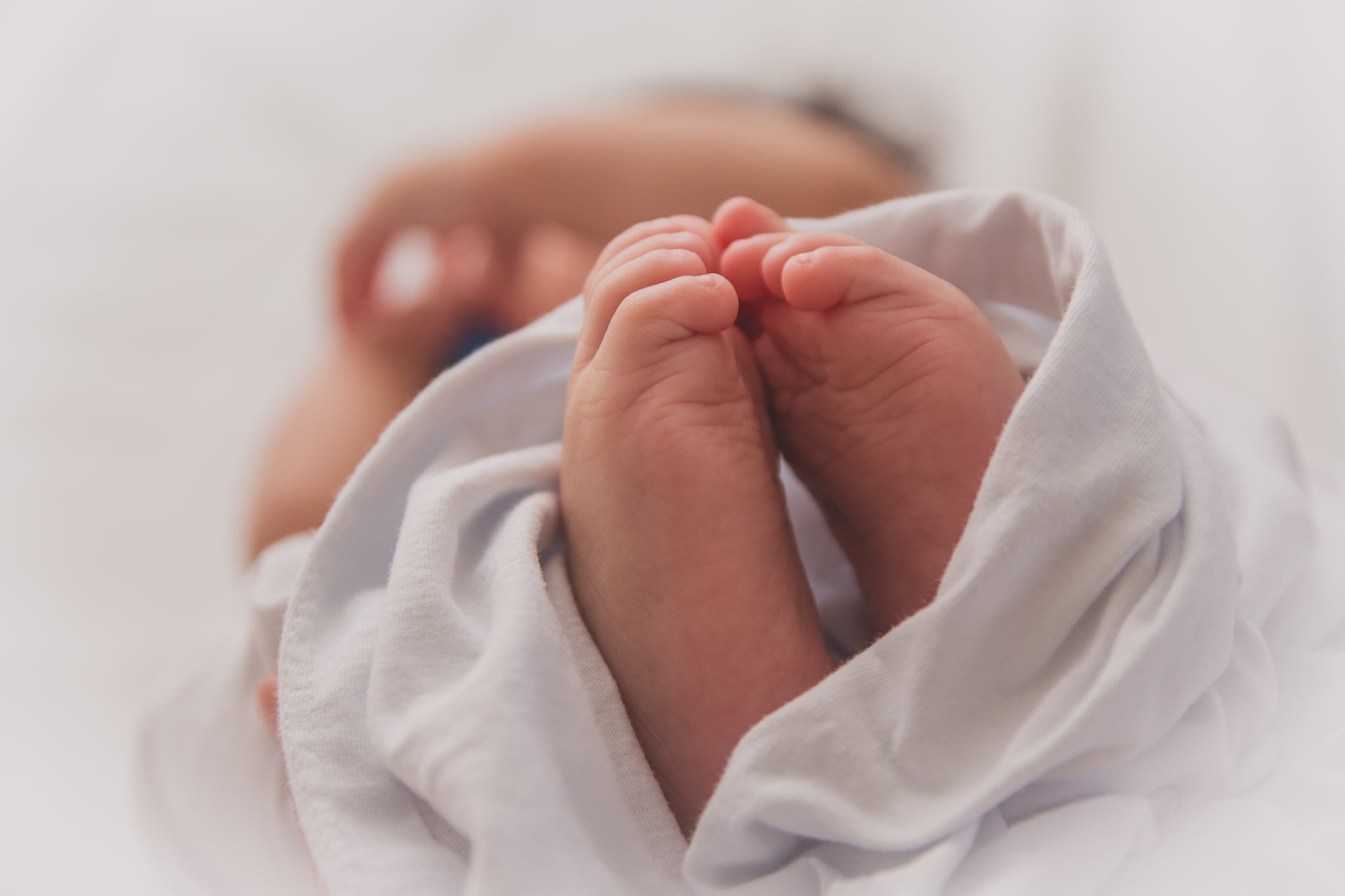 I'm an athlete. I've always been an athlete. I started playing competitive sports at a young age, begged my parents to go to sports camp, and ended up even going to graduate school to pursue a master's degree in sports management because I just couldn't foresee a life in which I wasn't somehow connected to the thrill of fitness. While I was a mediocre athlete, I know a thing or two about training.

Which is why I'm still completely shook that from the moment I checked into the hospital for delivery, they put me on a completely liquid diet. And not just any liquids, clear liquids. Water. Apple juice. Frozen lemony ice-sorbet. If there's anything you shouldn't do before an intense workout, it's NOT EAT.

I blinked when the nurses handed me a jug of watered-down apple juice. "Can I have smoothies? That's a liquid," I asked, stomach growling. They shook their heads. "Clear liquids, dear."

I checked into the hospital around 11:00 pm on a Tuesday night. I'd last eaten around 7:30 pm that night. By the time I was ready to push, it had been nearly 24 hours since I'd consumed anything besides water and slushies.

From there, the marathon continued. An uphill battle of pain and active pushing went on for exactly two hours and 10 minutes until I was completely out of gas. I had absolutely nothing left in me, not surprisingly, since I hadn't eaten a thing. Tears trickled down my cheeks from frustration, and then, triggered from salty tears hitting my empty stomach, I vomited everywhere (legs still up in the air pushing, mind you). On my hospital gown. On my hospital bed. All over the hospital floor.

Equating labor to running at a sprint pace, a quick "calories burned" online calculator suggests I would've burned somewhere around 2,200 calories. At my most fit I've played an entire day's worth of competitive volleyball, which probably burns nowhere near 2,200 calories, and even then, I spent all downtime refueling and hydrating. Never would I have shown up for a tournament on an empty stomach and have pushed through back-to-back matches on clear fluids only.

I wish I had known ahead of time that my hospital would've prevented me from eating food. (I later learned they do that as a precaution in case they have to administer anesthesia and perform a C-section.) I don't know exactly what I could have done to change that — it's a safety precaution, after all — but I would have at least stopped at In-N-Out on the way in and gone to town on some secret menu items.