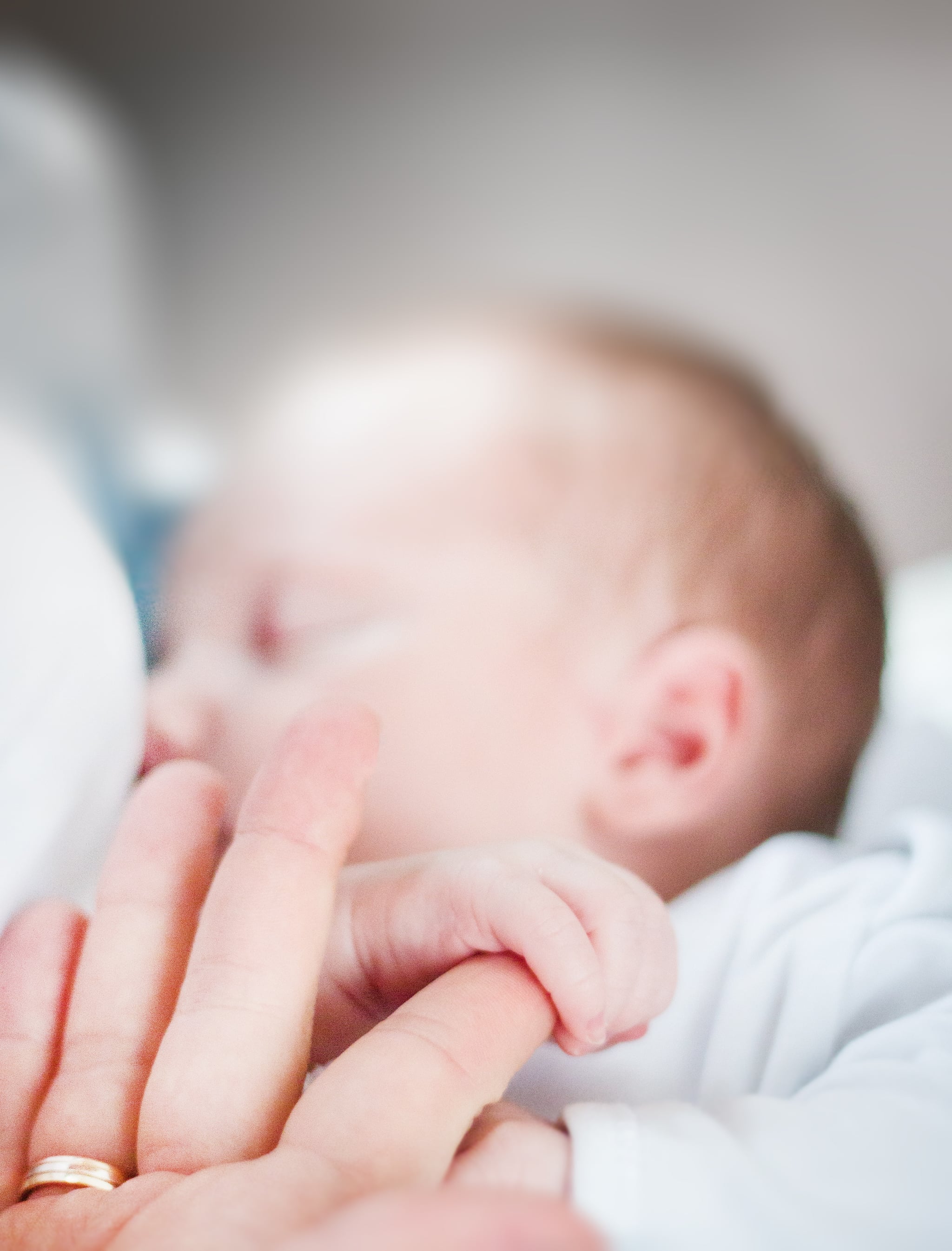 You may have heard rumblings about a mom blogger named Constance Hall who was shamed for staring at her phone instead of her baby right after giving birth. No judgment here, but her story got me thinking about exactly what I did after giving birth to my son a few weeks ago. And I realised it was actually quite selfish, but I wouldn't take it back for one second.

So the very first thing I did after I gave birth was adore my baby. But a few minutes later, I wanted to shower. No, I needed to shower.

You see, during labor, I sweated like I'd been trekking across the desert in a snowsuit. Also, TMI alert, but I pooped on myself during birth. And bled a lot. Then there was the added joy of my new baby having his first poop on my belly. All of this to justify that I was in such desperate need of a shower, it was literally all I could think about. Other than how cute my baby was, obviously.

"I fantasized about showering bodily fluids off of my person. The warm water. The suds. I had to get in the shower ASAP."

It was about a minute after my doctor left the delivery room when I turned to my labor nurse and asked her if I could shower yet. She laughed and said I'd need to wait at least an hour before I got up. OK. Longest hour of my life. While I cuddled with my son and listened to my husband read out responses to his group text announcing the birth, I fantasized about showering bodily fluids off of my person. The warm water. The suds. I had to get in the shower ASAP.

Once my nurse gave me the green light, I couldn't hand my son over to the hubs and hightail it to the bathroom fast enough. I stripped off my blood-covered hospital gown right in front of the nurse like she wasn't even there. Modesty was out the window when I got under the water stream and let out an orgasmic sound. A few minutes in the shower, and I was a new woman! Then I took my damn time applying lotion and detangling my hair. After the nurse helped me put on those awful half-tights things and a maxi pad the size of a couch cushion.

Look, maybe I shouldn't have cared how I looked, sweaty hair and all, after giving birth. But I cared. I also wanted to not smell. Sure, my shower took some time away from bonding with my newborn. I'd like to think he was pleasantly surprised when his mommy came back to bed fresh and clean. He probably didn't care; I mean, he sits around in a dirty diaper and doesn't even seem to notice. So in all honesty, the shower was for me and me alone, but I would never change having taken that time because spoiler alert: now that we are home, me time is nonexistent, and showers are even harder to come by!