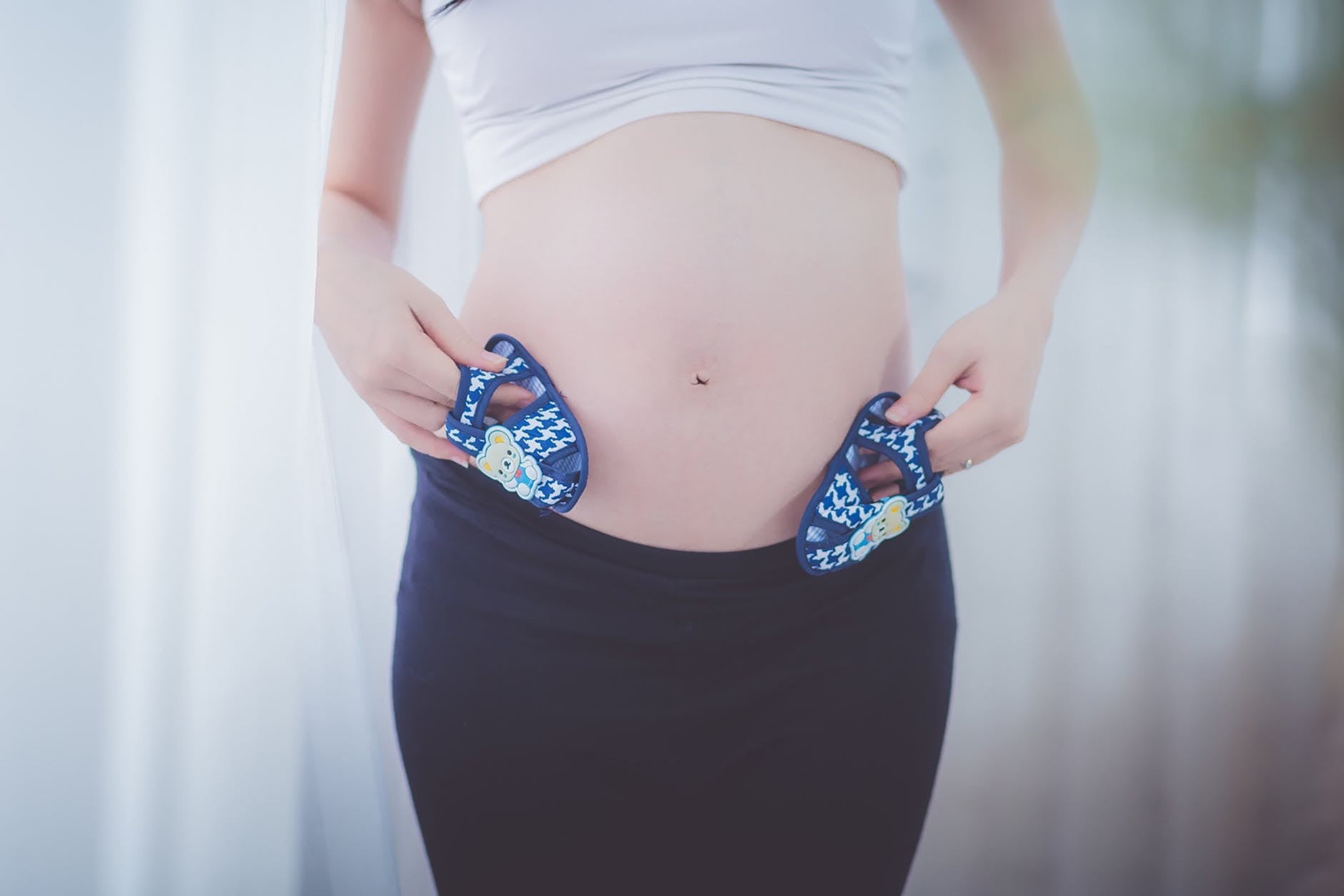 Nutrition and healthy eating are always important, but making sure it stays a priority when you're pregnant is key to feeling good and strong. You're not only eating for yourself, but you're also eating for your baby, so you can benefit your little one's growth and development. While healthy foods can be pretty straightforward, you might wonder about supplements, such as fish oil. It is safe? Is it beneficial? Well, it turns out that fish oil can be a great source of nutrition for infants, so as a new mom, you'll want to get those omega-3s in and take a fish oil supplement during pregnancy and shortly afterwards, especially if you choose to breastfeed.

What is Fish Oil?

"Unfortunately, the average American isn't getting enough omega-3s (95 percent fall short of the 250-500 mg daily recommendation), which raises concern for the health of the public at large," Shaw says. "However, since women who are pregnant and breastfeeding have even higher omega-3 needs – 700 mg per day, with at least 300mg of that from DHA — it's extremely important that they're aware of the importance (and safety) of taking fish oil. It's also not produced efficiently in the body, so DHA must be consumed in the diet (hello, fatty fish) or in supplement form." Here are a few amazing benefits of fish oil that your baby can benefit from.

It Reduces the Risk of Infections

Consuming fish oil while pregnant can lead to a healthier delivery. "A study published in The New England Journal of Medicine found that maternal omega-3 intake in the third trimester reduced the risk of asthma and infections of the lower respiratory tract in offspring by approximately one third," continues Shaw.

It Increases BMI Without Obesity Risk

Taking fish oil during pregnancy can also give your baby a healthier, higher BMI, without association with obesity. "A new study published in the British Medical Journal found that when pregnant moms took 2,400 mg fish oil as a supplement from their third trimester (starting at 24 weeks pregnant) through one week after birth, the babies had a higher BMI – but not an increased risk for obesity – by age 6 versus moms took an olive oil-based placebo," Shaw says.

In other words, moms who took 2.4 grams of omega-3s in late pregnancy had children who experienced healthy body growth. "Though a higher BMI, there was a non significant higher fat mass but overall a greater proportional increase in lean, bone, and fat mass at 6 years of age, suggesting a general growth stimulating effect of the fish oil," she explains.

It Improves Eye and Brain Health In the Baby

Fish oil will benefit the growth of the baby, particularly in the brain and retina. "In studies, higher maternal prenatal fish consumption has been associated with improved neurodevelopment in offspring," Mark P. Trolice, MD, FACOG, FACS, FACE, Director at Fertility CARE: The IVF Centre, tells POPSUGAR. "DHA, or docosahexaenoic acid, is important for normal development of the retina and brain, and the diet of most pregnant women does not contain DHA at levels recommended." Here's where taking a fish oil supplement could help you reach those levels.

Get this: DHA is so important that the American Academy of Pediatrics named DHA as one of the 11 nutrients crucial for neurodevelopment in the first 1,000 days of life (which is from conception through age 2). It can also lower the risk of preterm birth of infants. "Other research has found that omega-3 supplementation consumption was associated with a 58 percent decrease in the likelihood of early preterm birth (babies born before 34 weeks) and a 17 percent decrease in preterm delivery (babies born before 37 weeks)," says Shaw. This is really important for healthy growth and development of your infant and for a safe delivery.

What's more, "there's support in the medical literature on fish oil extending the length of pregnancy by several days in women supplemented with 600 mg DHA per day," says Trolice, which could make for a very safe pregnancy.