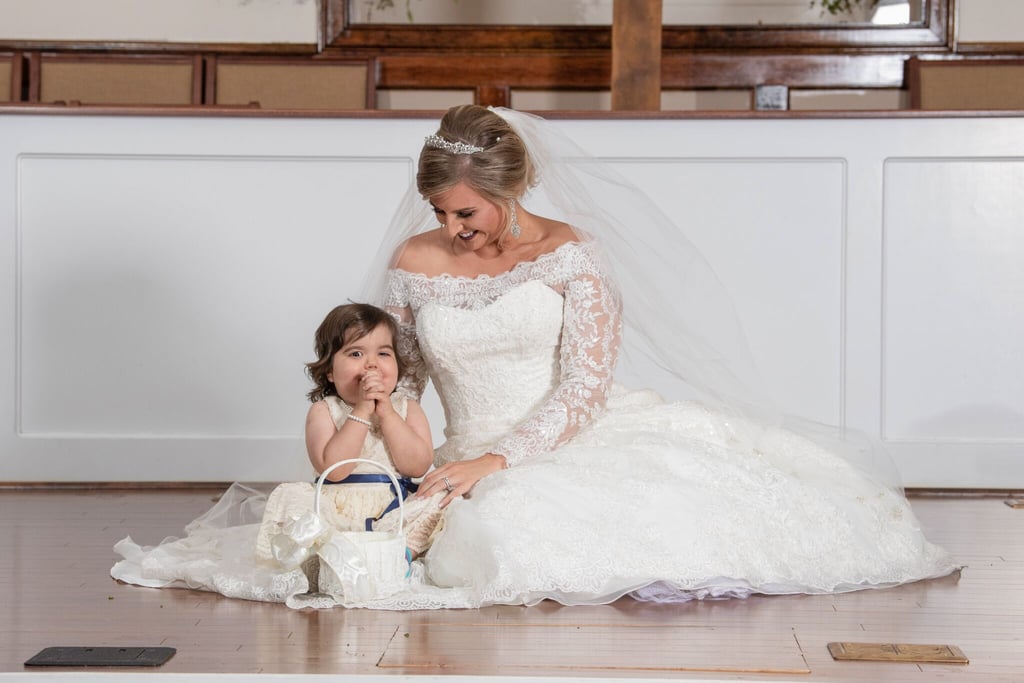 When 25-year-old Hayden Hatfield Ryals first walked by the Be the Match booth on her way to class at Auburn University in 2015, she immediately felt the need to sign up as a bone marrow donor. Little did she know the selfless gesture would actually be the one thing that saved Skye Savren-McCormick, a 1-year-old with a rare form of childhood leukemia, from dying nearly a year later. Flash forward to 2018, and Hayden extended a sweet offer to Skye, who was then 3 years old, by asking her to be the flower girl in her wedding.

Hayden told POPSUGAR that she was set on having Skye be the flower girl, and officially invited her and her family in March 2018 despite never having met her before.

Related:
1 Mom Shaved Her Son's Head So His Cancer "Would Not Take His Hair Away From Him"

"I sent Skye a birthday gift and included our wedding invitation because I wanted them to know they were THAT special to me and at least have one. I wanted them to know I always think of them," she said. "I had written in the birthday card that I thought it would be amazing if they could not only come but also have Skye as our flower girl."

"I cannot describe the emotions that flooded my mind when I got to hug her and her family in person."

Although Hayden was well-aware that getting Skye's family to make the trip down to Alabama from California was easier said than done, she was determined to give it a shot.

"I knew that was a far-fetched idea, but I wanted them to know how honoured I would be and that they're that special to my heart because I've felt a special connection with her since the transplant date," she said. "They told me they would be honoured, but they weren't sure if Skye would be able to travel due to her immune system but that they were not saying 'no' and would let me know."

Fortunately, once April rolled around, Skye was no longer on oxygen, and that meant one thing: the Savren-McCormick clan could watch Hayden say "I do" on June 9, 2018.

"I met Skye and her family face-to-face Friday night before rehearsal," explained Hayden. "I cannot describe the emotions that flooded my mind when I got to hug her and her family in person. I had a rehearsal outfit as a gift for her, and watching her pull the tissue paper out of the bag and helping her open it made me melt. Skye's mom, Talia, asked her who I was and she said 'Hay Hay' — I could've cried an ocean of tears hearing those words in her sweet voice."

Scroll through to see the tender moments from Hayden's big day and try to keep the tears from rolling down your cheeks.