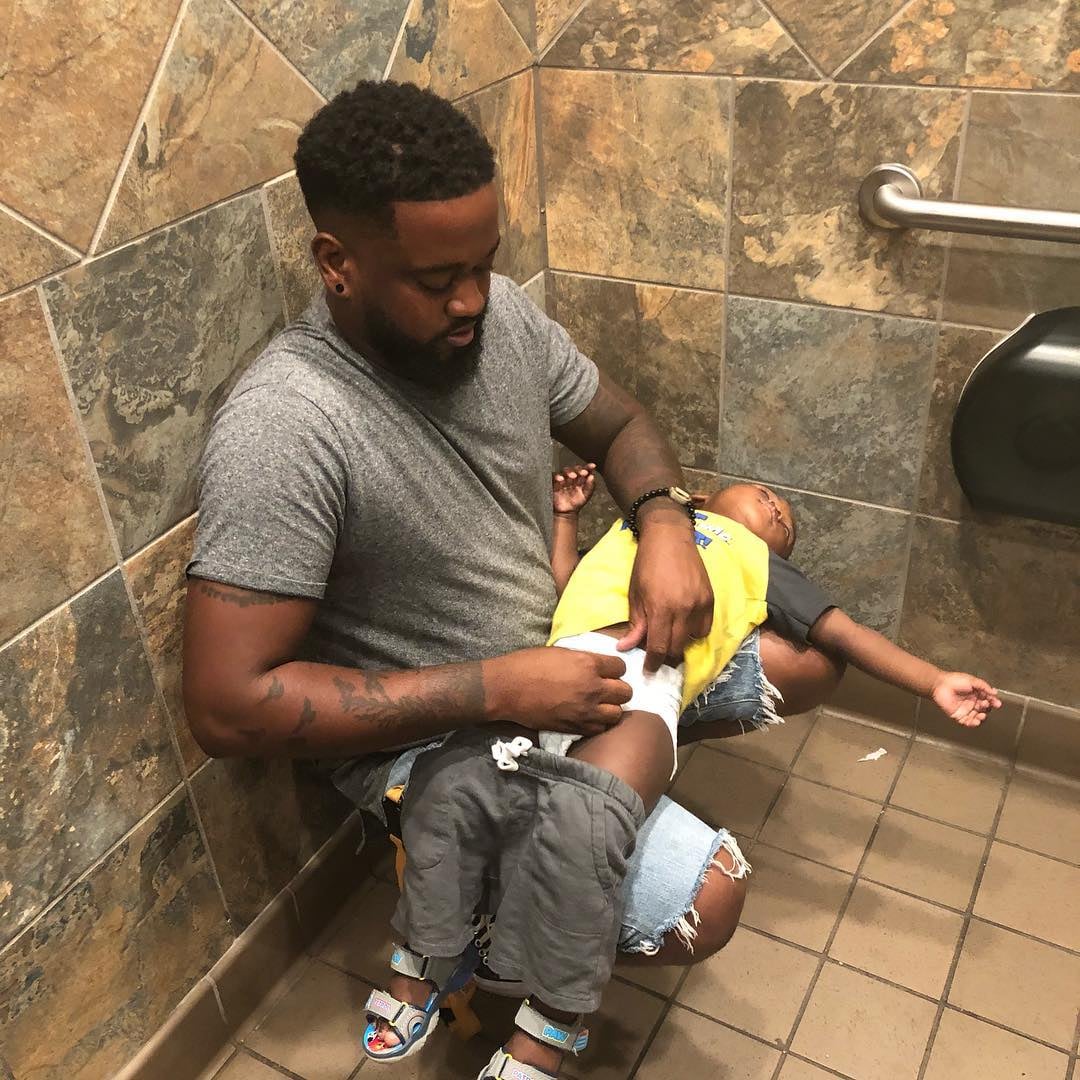 The lack of diaper changing stations in men's public restrooms isn't a new issue, but that doesn't mean it's any less frustrating for those dads forced to change their baby's diaper without one. Donte Palmer, a father to three boys, had enough and shared a photo of himself squatting against the bathroom wall while attempting to change his toddler son's diaper on his lap.

"This is a serious post," he wrote in a caption on Instagram alongside the image. "What's the deal with not having changing tables in men's bathrooms as if we don't exist!"

He encouraged his followers to take note of his son — how he calmly laid down on his dad's thighs while getting changed. "Clearly we do this often because look how comfortable my son is," he wrote. "It's routine for him! Let's fix this problem!"

Like many "hands-on" dads, Donte wants to be able to do his part to help his children and is encourageing others to speak out about such sexist bathroom facilities with the hashtag "#fatherslivesmatter."