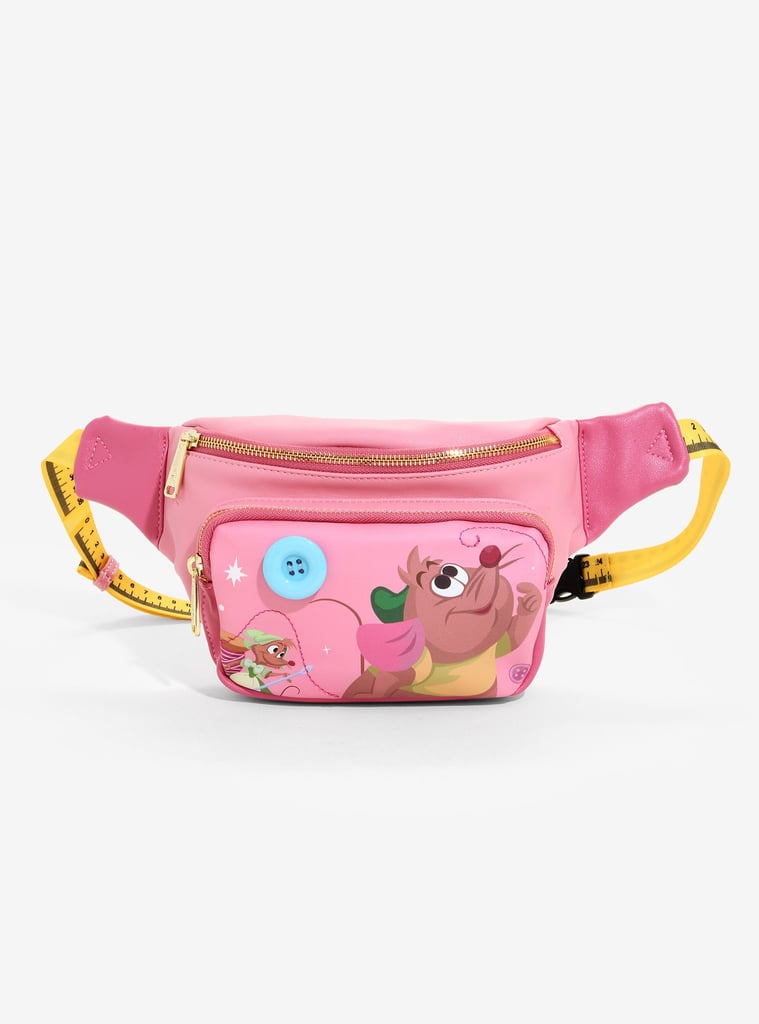 Yep, fanny packs are back in style, and they're cuter than ever thanks to these adorable Disney designs! If you ask me, a trip to Disneyland or Disney World is only fun if you're prepared, and that means having a handy bag to store everything from tickets and money to sunscreen and lip balm. Now, thanks to BoxLunch, you and your little ones can store all of your Disney travel essentials in matching fanny packs inspired by some of Disney's most famous films, and I already have my eye on that Gus Gus pack.

The bags, which range in price from $29 to $40 depending on the design, feature the faces of a few Disney favourites, including Toy Story's Rex the Dinosaur and Lenny the Binoculars. They also include a few fun illustrations from their respective films inside — so cute!

Inspired by films like Cinderella, Toy Story, Wall-E, and The Lion King, the fanny packs make for a supercute accessory whether you're walking around the park or running errands with the kids. It looks like Cinderella isn't the only one with a fairy godmother to make her wishes come true. Take a closer look at the colourful fanny packs ahead.

Related:
15 Awesome Backpacks That Make It Even More Exciting For School to Start
Previous Next Start Slideshow
ShoppableKid ShoppingKidsDisney