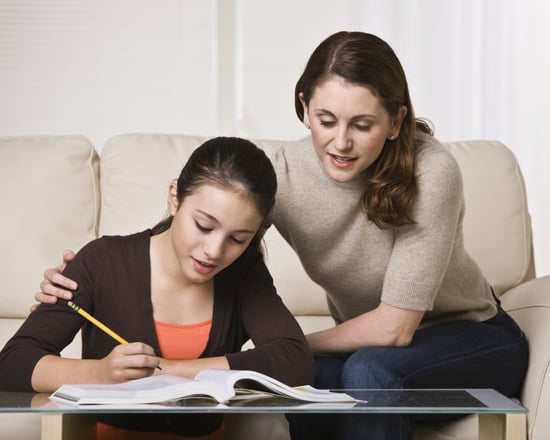 Can you be "too good" of a parent?

Reader Katherine W. says she's worried she has been overparenting or pampering her kids. "I tried to do the very best I could," she relays, "taking them to parks and interesting places every weekend, reading to them, working in their classrooms and every school event, supervising homework every night, helping with Girl Scouts, driving them to after-school activities, arranging play dates, making family dinners a priority, and on and on." However, Katherine recently noticed that her child's friend, whose parent was not as involved, has grown into a more confident and self-sufficient person. "Did all that effort even make any difference?"

How do you know if you're turning into an overbearing parent? If, like Katherine, you're wondering if you should be less involved, here we've rounded up readers' advice on signs that you may be overparenting.

One of the tell-tale signs that you're being overbearing, instead of balanced, is when you notice yourself giving your child a profuse amount of praise. While children need encouragement, parents can go overboard, for instance, when they have an "unconscious, incessant need to praise and reward their kids," says a reader who calls herself "Chatty." She explains: "I think the only time extra praise is warranted is when children are very young; babies and young toddlers have to learn what is appropriate and what isn't, and praising them in an excitable manner when they master a new skill or act in an appropriate or desirable manner helps them to learn. But, if you're over the top and praise them every single time they do something, especially when it's repeatedly for the same thing they've already mastered and done 1,000 times, it's doing them a huge disservice."

As an example, Chatty says when first potty training her daughter, she and her husband gave her lots of "high-fives" and "good jobs." But once her daughter mastered the toilet, she "opened a dialogue with her about how it made her feel to be able to go to the washroom on her own."

2. You Offer Too Many Material Rewards

Similar to offering an abundance of praise, some parents spoil their children with too many material things. Stephanie Y. came to this realisation when one year her 9-year-old son "clearly expressed his utter disappointment in his Christmas gifts. He explained that he didn't get what he really wanted and poo-pooed what he did get," she remembers.

After unsuccessfully trying to impart a lesson about the spirit of Christmas, Stephanie realised she had been giving her children way too much. "I am the mom that would carry my kids' backpack for them, or buy the toy to bribe them to be good in the store! I needed to change, be more of a parent." Vowing that her children would never be ungrateful at Christmas again, she reduced the gifts her children were receiving all year round, and also reduced her children's candy consumption, so that they would learn to appreciate Halloween, too.

Charlotte R. is another mom who believes "kids these days have way too many things. When I was growing up we had one phone for the whole house and we had to limit our time to share with everyone. We never got to just sit on the phone and call our friends all the time, because we had household chores to do and our homework and getting ready for school," she says.

3. You Have Low Expectations

With the rigors of school and extracurricular activities, sometimes parents are hesitant to give their children too many responsibilities. But an ill-fated result of not expecting a lot from your children is that parents might do too much for their kids. Setting low expectations while assuming there will be big rewards is especially a common occurrence in school.

4. You Dole Out Few Responsibilities

Setting expectations for your children includes holding them accountable for age-appropriate responsibilities, members add. From a very young age, Ellen B. says, "many kitchen tasks are fair game," and that kids are capable and often willing to bring their dishes to the sink when done, set the table, take the garbage out, and help cook. "And, yes," she adds, "teach them to clean up their messes." Once parents "get over the perception the only you can get things done on time, you will find training them is a time-saver."

Increasing responsibilities and "doing less for them can give them the best possible chance" at becoming self-sufficient, independent adults, mom Ellen explains. "The more children learn to do tasks and make good decisions on their own, the better odds they have of living a productive life," she says.

When you educate your children about their responsibilities, just be sure they understand that they're not being asked to do things because "'mommy is task master,' but rather [because] 'we live together, and share both the work and the pleasure of having our own home,'" Lisa R. notes.

5. You Repeat Yourself Frequently

Once they assign responsibilities, overbearing parents often make the mistake of repeatedly telling children what to do. But parents are not raising robots that should follow every order, mom Angelique A. says. She admits she is sometimes guilty of this with her 14- and 15-year-olds and finds herself constantly telling her own children "to do this and that." She adds: "I mean when will it register that if you see something that needs to be done, just do it?" Still, Angelique knows she needs to lay off if she wants to raise responsible adults. "I was taught independence at a very young age. When I had to, I knew what to do when my parents were away."

6. You Help Without Being Asked

Most parents would help their children at the drop of a hat, but several readers advise that parents would be wise to step back and wait to offer help until children ask for it. As a teacher, Pamela W. says she sees today's parents doing too much for their children when it's not necessary. "I see parents carrying their children's backpacks for them, etc., around the school campuses. I also see far more moms and dads who accompany their children into the classroom at the kindergarten level and spend time before the bell rings," she says.

"It's hard not to helicopter," Shawnn L. admits. But as someone who works at a university, she doesn't support it: "It is extremely frustrating to watch [parents] be overbearing and [make choices] for adult freshman student[s]. It is extremely frustrating to speak to the student and have the parent answer. It is even more frustrating to watch a student make excellent choices with regards to his/her studies, only to see the parent undermine every choice because they either weren't involved enough, or didn't agree."

Lucy L. summarizes: "Don't do something for your child that he or she is capable of doing for themselves."

On the other hand, when parents let children make more decisions and help themselves, they often find that their children are more resourceful than they initially thought. Ann F., for instance, recently encouraged her children to sell their unwanted toys to make some money. "When I checked on them in the playroom, they had a whole pile of toys they wanted to sell and were in the process of lugging them out front." Ann's gut reaction was to stop them, but she had a second thought and asked what they wanted to do with the money they earned. "They said they wanted to donate it to an animal shelter or children's hospital. The whole situation reminded me that sometimes it really is best just to get out of their way, not be overbearing, and when they are making their own fun without any parental involvement, to just let them be," she says.

As a reader who calls herself "Vegemite Cheese" says of parenting, "It's not always what you do for your kids but what you teach your kids to do for themselves."

7. You Try to Prevent All Mistakes

Of course, when making their own decisions, children will make some mistakes, but Lisa B. says it's healthy to let mistakes happen in a safe environment. "Both my kids are extremely careful about touching hot objects and getting their little fingers caught in doors/drawers. That's because I've let them try it when they were 6 months old. As soon as they were able to open and close a drawer, I've allowed them to close it (not too strongly, though), on their own fingers," she says. "Rather than preventing them from doing something dangerous, I let them experience the consequences (provided it isn't health/life-threatening). They know what it's like to touch a hot drink. When they fall, they know they have to get up and dust themselves off, all on their own."

As another example, Lisa adds that her son once had a bad habit of putting his fingers and toys in his mouth. "After reminding him several times that it was dirty, I waited to see what would happen. He caught a very painful mouth sore. But now he knows the consequences of putting dirty objects in his mouth," she says. Of course, she offers the caveat that she always tries to reinforce good behaviour.

Ultimately, moms and dads can avoid overparenting by being supportive of their children, but not being overinvolved, Circle of Moms members say. "There is such a thing as being too involved, too loving, too praising, too in-tune with what your kids are doing . . . just as the other extreme suggests an unhealthy relationship with kids (no affection, attention, encouragement, etc.). Balance really is the key component of all facets of humanity," Jamie B. says.

"Being over-protective is an easy and common mistake that parents make," admits mom Riana F., noting she sometimes closes her eyes and says, "World please be gentle with this child of mine." But, she realises, "The world will never be gentle, it will only ever be real, and if I try to protect my children from its challenges I will also be protecting them from its rewards."