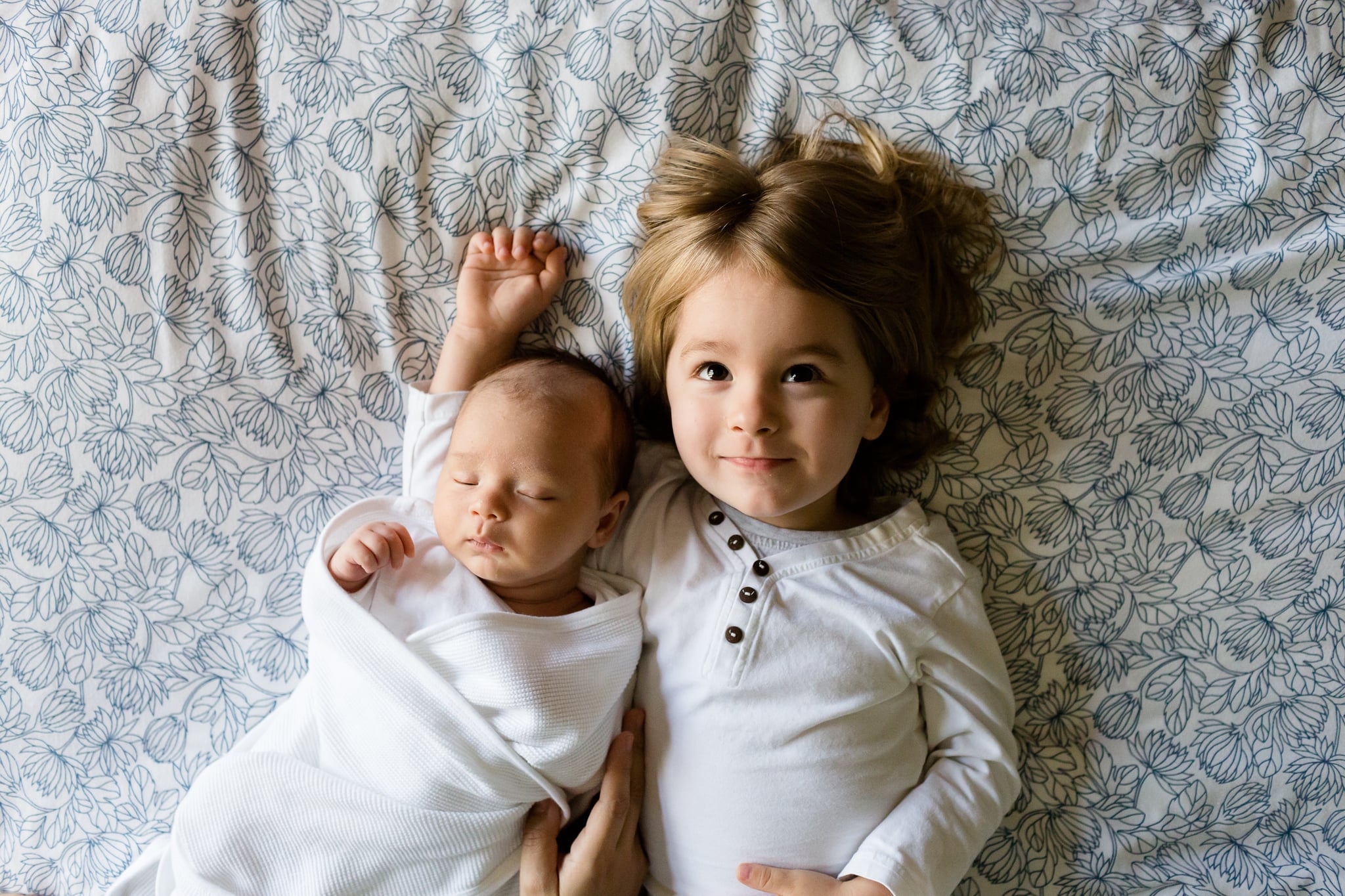 I did not want to have children. Really, it was never on my list. One only needs to stand in the vicinity of a mom with young children in Target in order to understand. It looks (and sounds) freaking terrible. Innocent bystanders can practically hear a mom's life force being slurped down a drain as she becomes a shell of a human who wipes and worries and wilts. Me? I needed that life force for myself — to skydive, learn to salsa, and hike Machu Picchu. I needed that life force to become the brave and accomplished woman I aspired to be. Like I said, I didn't want to have children. I wanted to have a life.

In the midst of pursuing that life, I fell in love, shacked up, got married, and somewhere between talking 401(k)s and home values, kids were put on the table. Did we want to have any? Kids were like the bread the waiter brings out before the meal. I didn't come to the restaurant for it, I didn't ask for it once I got there, but all of a sudden I found myself slathering some butter on a piece and shoving it into my mouth. At a certain point in our relationship, having kids with my partner seemed absolutely delicious, and I couldn't resist.

I had mere months left to finish my adventures, weeks to pack in everything I had ever wanted to do in my entire life.

Hovering in our tiny bathroom with that positive pregnancy test, I felt joy, but I also felt a sense of loss. I tried to get excited about hearing the heartbeat at that first appointment. I tried to enjoy walking around baby stores with a barcode gun, registering for things I never knew existed. I tried to have fun picking out paint for the nursery (which was dumb anyway, because picking out paint sucks and only makes you wonder if you're slightly colourblind). I tried to get into it, this whole becoming a mom deal, but I was grieving the life I was about to lose. Instead of taking trips to foreign lands and eating strange delicacies in quiet restaurants, I would spend my days cleaning up vomit, packing lunches, and trying to figure out who pooped in the corner of the living room. The countdown to my due date felt like a ticking time bomb. I had mere months left to finish my adventures, weeks to pack in everything I had ever wanted to do in my entire life. Plus, you know, prepare for a baby.

At 40 weeks and one day, that bomb was about to go off; I was being induced on the doctor's suggestion because of a vague medical issue that had me swinging my leg around like a pirate. A nurse handed me a hospital gown, leaving my husband and me alone in the room.

"This isn't how I thought it would be," I sniffled, and then broke into sobs.
"There's so much I didn't get done. There's so much left I have to do." He put his arm around my shoulder, trying to console me. "I'm not ready," I wailed. "Yes you are," he assured me.
"We didn't even get to go to Peru!"
"We will go to Peru, just not right now. Right now, we're going to have a baby!"

He smiled and squeezed my shoulders. "Maybe the baby can come with us when he's old enough!" Then it hit me. Like all of the other scary, crazy, amazing things I had done so far, I had reached a point in this experience where there was no turning back.

I don't know how many hours, nurses, or drugs it took, but after enough of all of the above, I pulled that red, wriggly, gorgeous thing out of me. I had done it. I had given birth. I had a child. That overwhelming sense of love they tell you about? It's real. While my little boy spent the golden hour on my chest, I didn't feel like my life was over. I felt like my life had just begun. What I had just braved and accomplished was worthy of the woman I wanted to be. If I could carry, birth, feed, nurture a precious baby, what else could I do? I could do anything. Laying in that hospital bed, looking down at the life I cradled in my arms, I felt a power and a peace I had never known. And this was after the drugs wore off.

In its truest form, an adventurous life is about seeking out those moments that make you pause and think, "Wow, this is it. This sliver of pure goodness? This is life. I am living it." Holding my baby gives me one of those moments. Every single time.