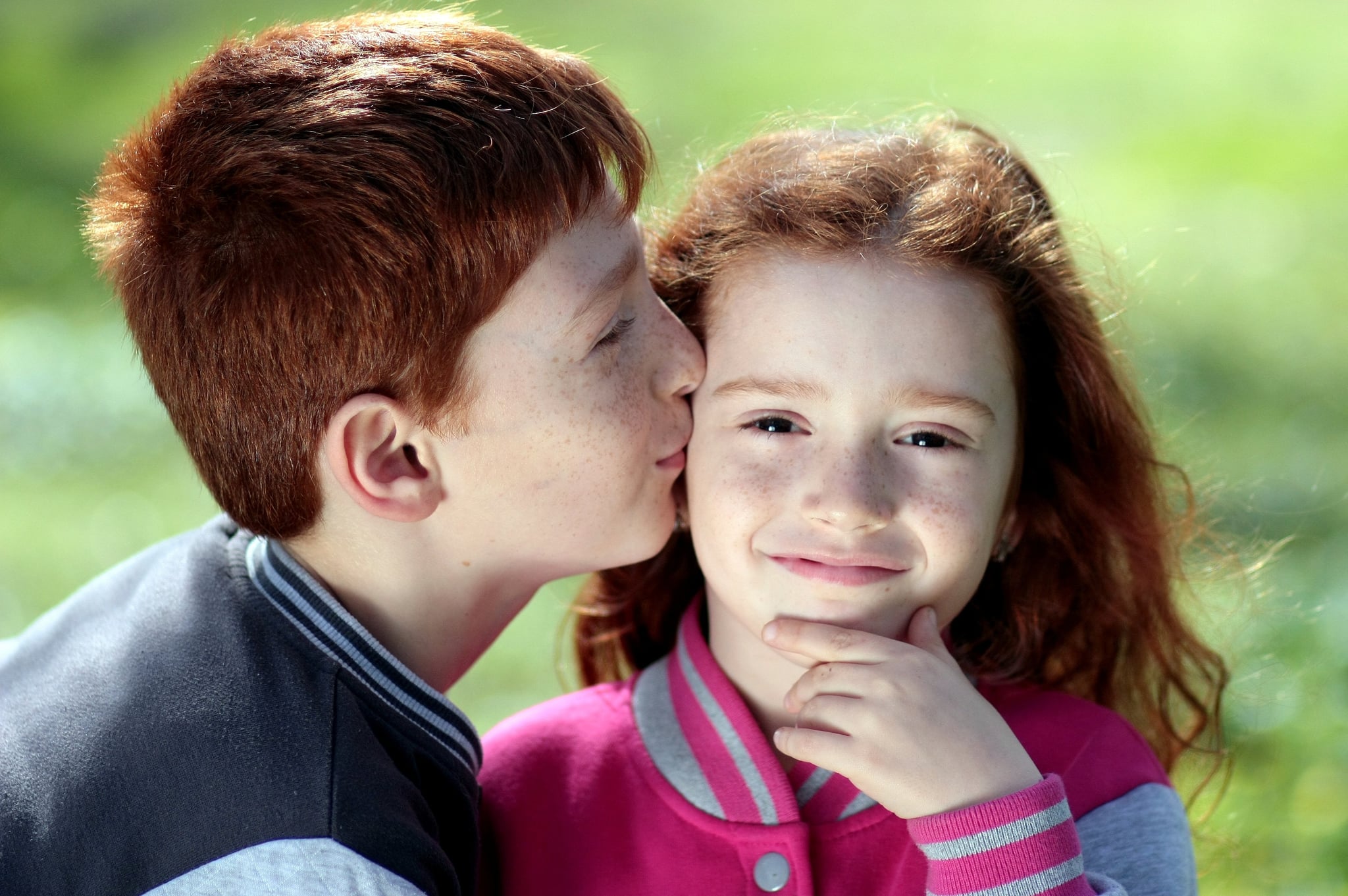 "Did you put something in the water?" my mother-in-law asked as my husband and I walked through the door, blissful and relaxed after our longest trip away from our kids to date. "Why? Does it taste off?" I replied. "No, but I thought you might have added something because the kids were complete angels — just perfect," she smiled. I grinned back at her and told her I was thrilled they had behaved so well, but what I was really thinking was, if that's true, it's total bullsh*t. Because when we're home, perfect has never been an accurate description of either of my children's behaviour — pretty much ever.

Of course, the kids treated each other like gold, played nicely, shared, and even slept in the same bed two nights while freaking holding hands.

Upon further digging with my in-laws and my mom, who had handled babysitting duty earlier during our week away, it seems that yes, our 4- and 7-year-old children had laid aside their usual worst traits — waking in the middle of the night and then way too early, constant bickering, a never-ending loop of requests for snacks, toys they can't find, and items that are just slightly out of their reach — and turned into the easy kids every parent imagines they'll have before a newborn hands them a swift reality check.

According to their grandparents (who I realise grade on the curve), our children were exhausted by their usual bedtimes and asleep almost as soon as their heads hit the pillows. In contrast, last night I had to play a 30-minute guided meditation on YouTube to get my daughter to sleep, even though she had woken up at 5:30 a.m., and my husband had to club my son over the head to finally get him to pass out an hour after his bedtime. (Just kidding about the clubbing, but I'm sure he was tempted.)

While we were gone, the grandparents reported both kids slept until they were forced to wake them for school, and of course, when they shook them gently, my offspring jumped up with smiles on their faces and immediately started getting ready without complaint or much prompting. This morning, both of my little monsters woke up an hour before they needed to, long before the sun was up, yet I'm still not sure my daughter really brushed her not-so-pearly whites before getting on the school bus two hours later, even though I reminded her at least seven times.

And, of course, the kids treated each other like gold, played nicely, shared, and even slept in the same bed two nights while freaking holding hands, a fact that I still wouldn't believe if my mom hadn't sent me a picture as proof. So why, why, why did the same two children almost pull each other's hair out yesterday, under my watch, because they wanted the same colour of Flarp?! And why did that Flarp end up all over my couch — the one place I told them not to take it — which now smells like vinegar because Google informed me that it was the only way to get it out (it worked, by the way).

At the end of the day, am I glad that my children are well-behaved for their grandparents? Of course. If nothing else, it means they're much more apt to agree to watch them during future adults-only getaways, and lord knows every parent needs a few of those. But I can't help but feel like I'm getting the short end of the child-behaviour stick, and considering that I'm also doing the heavy lifting to ensure that those same children are well-fed, rested, groomed, and adjusted, it just doesn't seem fair. So kids, how about you throw you mom and dad a bone — or at least a decent night's sleep — every once in awhile, too? I might just give you your Flarp back.