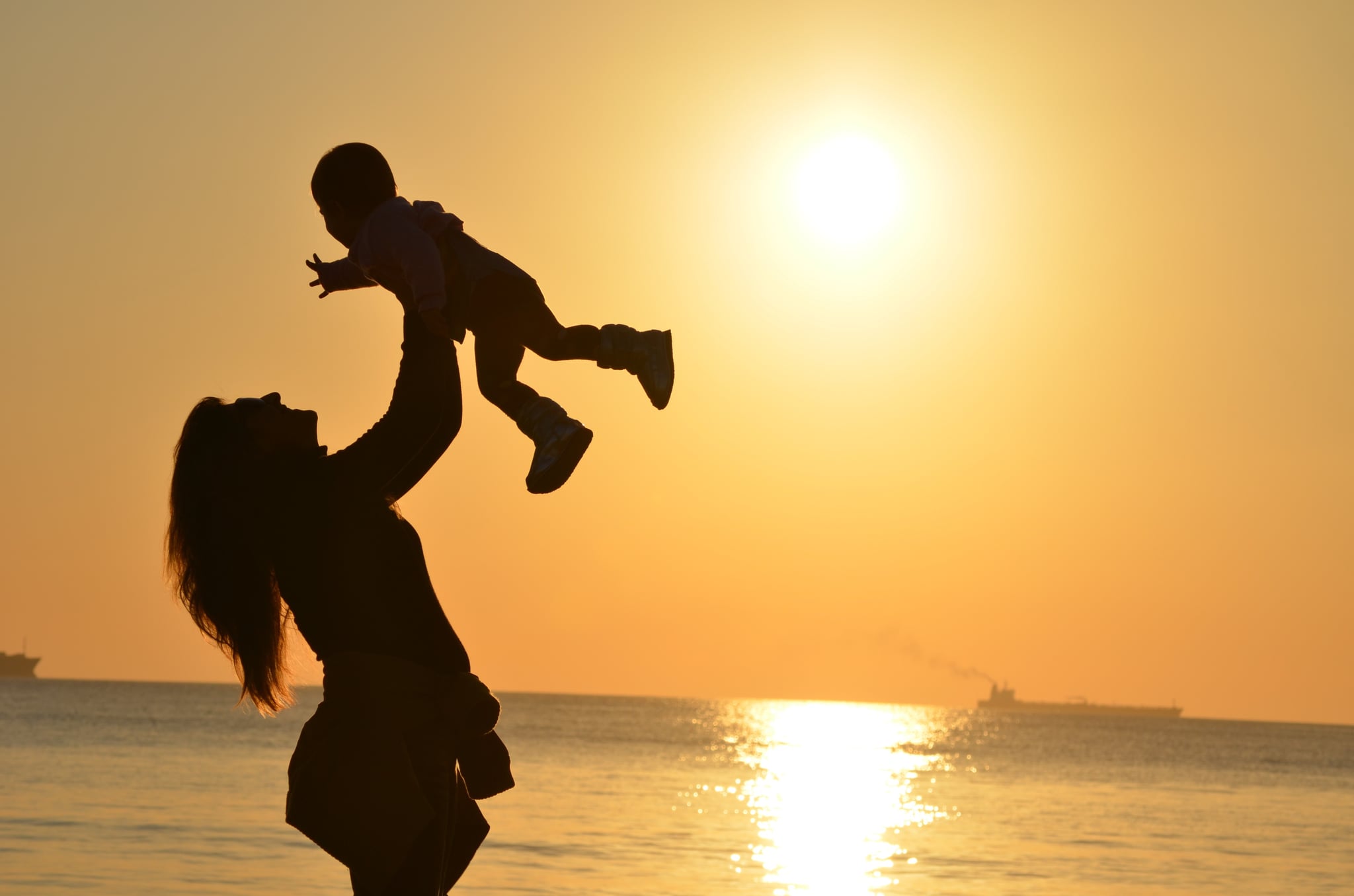 This morning, I leaned on our kitchen counter and watched the chaos of my three daughters "eating" breakfast. Milk sprayed out of someone's mouth when one of them said something funny. There were fart jokes. Juice got spilled. My middle one inexplicably decided to pause mid-Cheerio bite and run a few laps around the kitchen island. My little one needed a change of pants after she dumped half of her Cinnamon Toast Crunch in her lap. I had to ask them to focus on eating approximately 30 times. And I loved every second of this crazy and completely typical morning in my house.

A year ago, I might have had a different reaction to my children not listening and getting overly silly during a meal. I probably would have yelled for them to "JUST STOP IT!" But almost a year ago, our family endured a horrible tragedy that has served as a wake-up call about what's really worth going nuts over. We lost a baby late in pregnancy, and ever since then, I find in those out-of-control moments with my kids, instead of getting angry or annoyed, I'm only wishing there were one more little one in the mix.

Because I know what the true trenches of parenthood feel like, and I'm telling you, the day-to-day annoyances of raising kids aren't them.

That's why when my kids are acting like wild animals in the grocery store, when my 4-year-old is crying for some unknown reason for the ninth time in an hour, when the girls are arguing over one doll even though we own about 20, you'll likely see me smiling. I'm that mom who basically enjoys every aspect of motherhood. I'm that mom who isn't ruffled when my kids break something in the house. I'm that mom who laughs if my fourth-grader comes home with holes in the knees of her pants and paint and pizza sauce all over her sweatshirt. I'm the mom who you'll see patiently wiping ice cream off her dress after her daughter decides it'll be funny to feed her new baby bump. Because I know what the true trenches of parenthood feel like, and I'm telling you, the day-to-day annoyances of raising kids aren't them.

I used to be one of those moms who pulled up to school late and frazzled, barking at my kids to get their coats on and get into the building. I used to let it irritate me if my girls overdid it at the TCBY toppings bar, even after I warned them to take it easy on the sprinkles. I used to bemoan why — WHY?! — they had to fight about who had the purple bowl last. But I just don't have it in me now to sweat the small stuff. Instead, I feel pretty darn grateful for the messy moments of motherhood. Because the alternative is so much worse. Looking at an empty spot where our baby's high chair was supposed to go is far more upsetting than one of the kids flooding the bathroom when she decides her Shopkins need a bath. Breaking up a fight over who gets the next turn playing Super Mario Brothers is small potatoes compared to signing our Christmas card with only five names instead of six. When you've experienced that kind of pain, trust me — you laugh it off when your kid jumps on the bed you just made.

To be clear, I'm not saying that I never, ever get fed up with my children bickering or that I don't breathe a sigh of relief when my husband gets home from work and it's his turn to deal with a poop situation in the bathroom. I won't claim that I haven't had my moments when I want to lock myself in my room and turn up my speakers to drown out yet another screaming match over who should get that same friggin' doll no one cares about unless the others want it. But overall, I do feel blessed to have three healthy children and another one on the way. I don't let the everyday trappings of motherhood get me down. I find joy in places I didn't see it before, like when my daughters are stampeding down the hall like a herd of buffaloes, laughing and just being kids. I truly enjoy motherhood, even the nitty-gritty aspects of it. That my youngest uses half a tube of toothpaste every time she brushes isn't worth my irritation. That my middle daughter is always grumpy in the morning is a temporary problem; she feels better after eating. That my oldest is starting to have a bit of an attitude is simply a sign she's growing up, not a reason for me to curse the heavens.

Yup, I'm just happy to be their mom — to get to hold them and kiss them, to hear them fight and slam their bedroom doors when they are mad or get annoyed when I ask them to clean their rooms. They are here, they are healthy, and I'll be damned if I'm going to let the fact that I have a noisy, busy house full of mayhem be the reason I feel sad today after what we've been through.

Editor's note: This piece was written by a POPSUGAR contributor and does not necessarily reflect the views of POPSUGAR Inc. Interested in joining our POPSUGAR Voices network of contributors from around the globe? Click here.

TikTok
Am I the Only One Who Tried the Baked Feta Pasta Recipe and Hated It?!
by Kalea Martin 16 hours ago