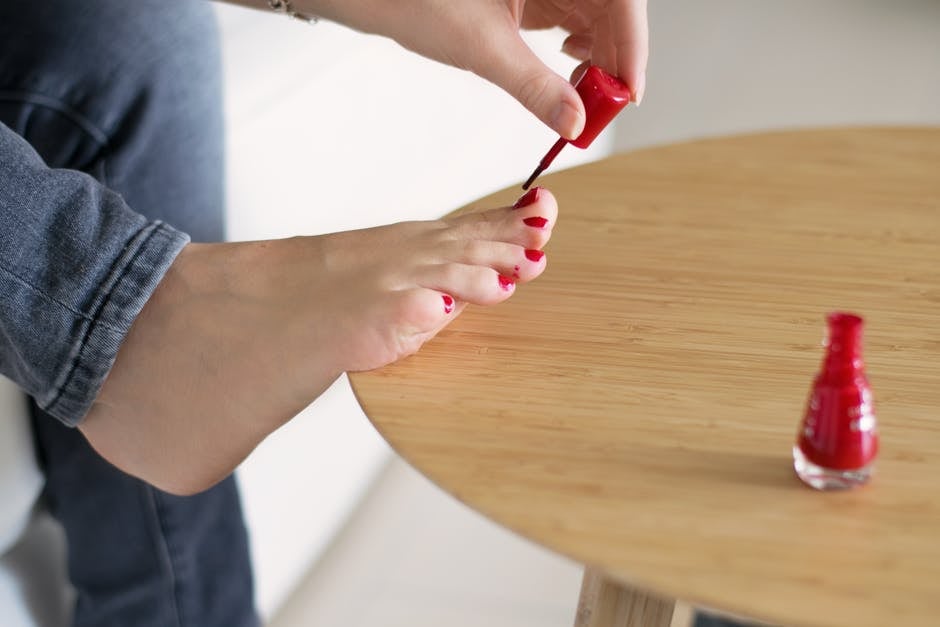 "Can I paint my nails black, Mommy? And wear them to school?" my 5-year-old son asked me a few weeks ago. "You said that boys can do what girls do and that girls can do what boys do." I hesitated. I did say that. I say that to my kids all the time because it's true, but this was the first time I knew I'd have to really walk the walk.

When my son wanted to be himself and do something that made him happy, I made it about what other people might think instead of how it makes him feel.

I don't know if it's things they pick up from school, TV shows and movies, or their friends (or a combination of everything), but lately, both my son and daughter have been pigeonholing gender roles. "Boys can't wear pink," my daughter will say. "Boys don't play with Barbies," my son declares. I've tried to tell them that boys and girls can both do whatever they want, that pink is just a colour, that girls can play every single sport, and that boys can do things like dance and throw tea parties if they want to. While I definitely don't claim to be perfect, I do my best to guide them around these traditional gender roles so that, from a very young age, they understand there's no box either of them have to fit into. They can do whatever it is they're passionate about.

Related:
I Don't Parent My Kids Too Closely Because They Don't Need It

So when my little boy asked if he could paint his nails, my first instinct was to say, "Of course," but I didn't . . . because of my own damn fear. I was afraid that he'd get made fun of by his classmates. I pictured my sweet, introverted boy sitting at his little kindergarten table, tears welling up in his eyes after another student made fun of him and his painted nails. Big tears would fall down his cheeks and his spirit would be crushed. No parent wants to see their child endure any kind of bullying, and I was so afraid that this would trigger that.

"You can," I said to my son, "but I want you to know something before you do it. You might get made fun of." "I don't care," my son replied, before he walked into the family room and proudly painted his nails black. He did a pretty good job, too. He wore them to school the next day and only one girl commented about it. It didn't bother him at all.

Looking back, I beat myself up over saying "You might get made fun of." I shouldn't have said it. I put a dark shadow over a beautiful thing. When my son wanted to be himself and do something that made him happy, I made it about what other people might think instead of how it makes him feel. And now, his nonconformity may turn into hesitation due to my words. I should have just said "yes" and moved on. Instead, my words may stay with him the next time he wants to do anything that society sees as different.

I really hope that it doesn't. I hope that my own fear didn't ruin his future decisions to act boldly. I hope that he learns to express himself however he chooses. And most importantly, I hope that I can shut my own damn mouth. I want to encourage my son's individuality, so the next time he asks to do something "out of the ordinary," I want to simply say, "Yes."

by Haley Lyndes 4 hours ago