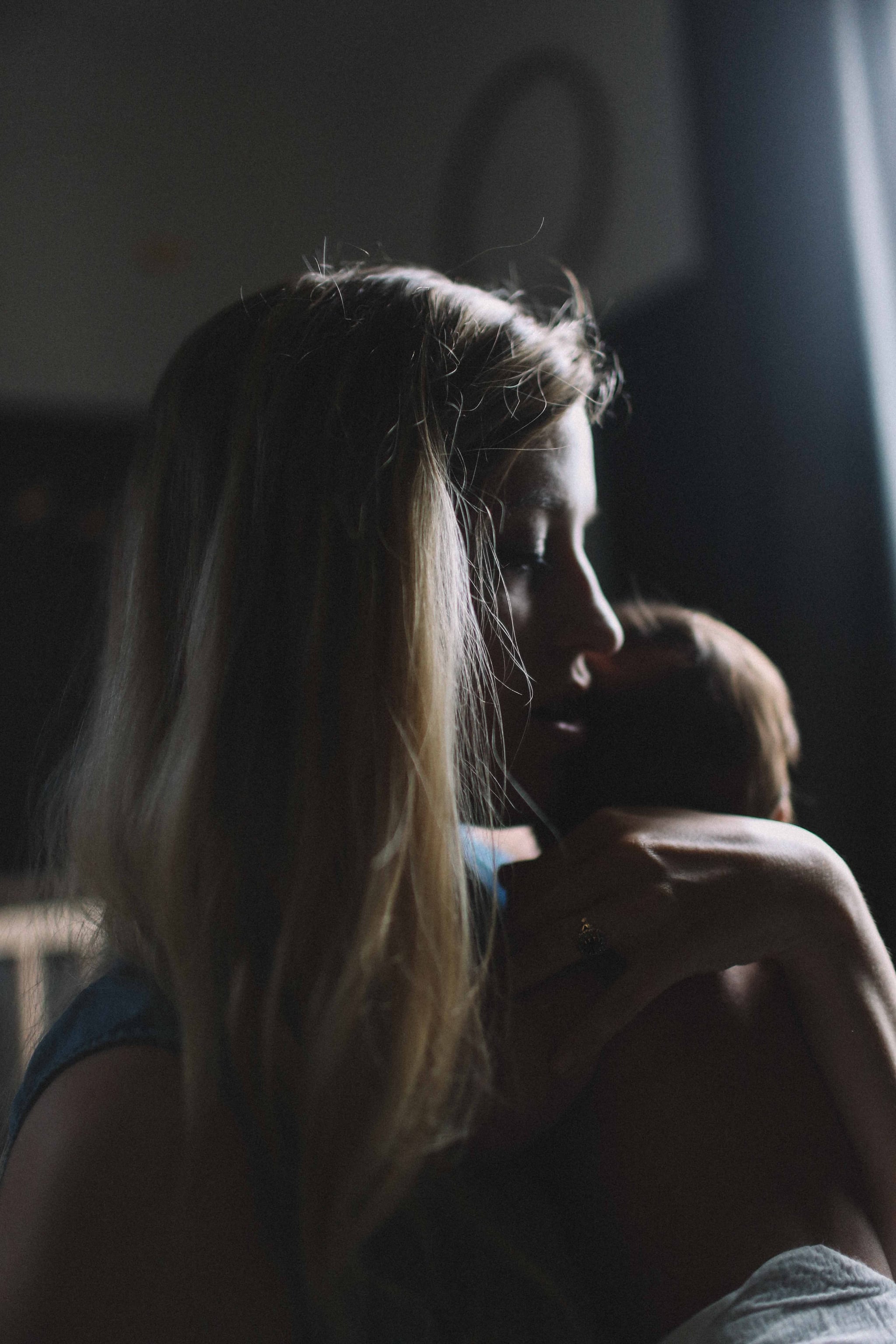 Some days, as a mother, you just get it right. After a recent trip to a large playground filled with staggeringly tall slides, my exhausted 3-year-old uncharacteristically hugged me and gave me a big thank-you. He had played hard, and these little parenting wins help me feel like I'm kicking as* as a mom. Yet, just as motherhood is made up of a million validating experiences, there are also ones that make us feel like we're complete losers.

The same baby I had tried for and dreamed about, I was now wishing hadn't existed.

My first bad moment as a mom remains my worst to date. There have been times since then that have been awful, like the time I turned my back on my then-1-year-old for a second to lock the door, and he went tumbling down our steep stoop, or when I gave him a loud spanking in public for running toward the busy street. I replay these awful moments in my head frequently like my own personal horror film, but they still don't even compare to one: cluster feeding him as a newborn, and the dark thing I thought during it. Thinking about it still wrecks me to this day.

Related:
To the Mom in the Target Parking Lot Who Told Me Parenting Gets Worse

Nursing did not come easy to me. Even though I was fortunate enough to produce a lot of milk, every time I fed my son I felt pain and uncertainty. Was I doing it right? Was he getting enough? Was it even worth it? At four weeks old, he started cluster feeding, complicating an already-delicate situation. While normally I would get a much needed two-hour break from feeding him, giving me time to sleep, clean, or just feel like a normal human and talk to adults, cluster feeding gave me none of that.

Two days of genuinely sleepless nights, chapped nipples, and a baby who, despite being given literally everything I could give, was still crying, I had the worst thought I've ever had as a parent. In that moment, as tears were flowing and sleep deprivation made me feel like a weight was piling down, I regretted having him. The same baby I had tried for and dreamed about, I was now wishing hadn't existed. It was a split second, a rogue thought, but it had been there long enough to make me cry even harder at my own terribleness.

Moms are supposed to love unconditionally and with all their might. Four weeks in and my subconscious already determined that my love for my son was dependent on sleep and not having my breasts sucked dry. On top of feeling like a failure because I worried he wasn't getting enough, now I felt awful for momentarily regretting the decision to have him at all.

Thankfully, cluster feeding eventually stopped, mostly because I threw in the towel and started exclusively pumping. I could monitor his food intake and he wasn't going hungry, meaning I was getting some much needed sleep. But that brief thought still haunts me. I love being a mom, and part of being a mom is learning to deal with difficult moments. Even though my son is mostly a perfect kid, there are times when I know I'll get angry and frustrated, and that's OK. As long as I remember to lead with love and do what's right for me, those terrible moments don't have any power over me as a parent.