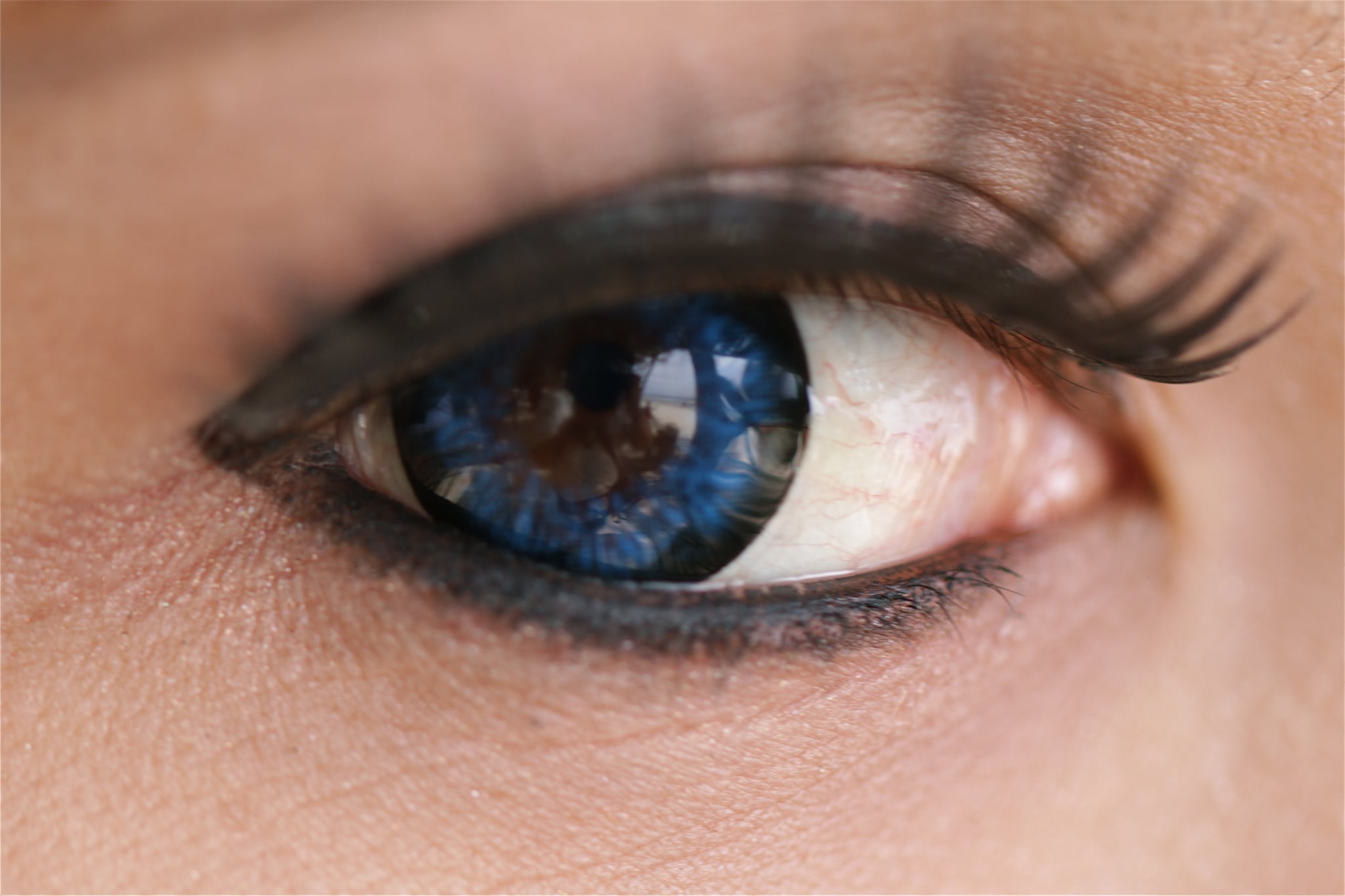 Julie Turcotte, a mom from Quebec, Canada, is warning parents about the dangers of coloured contact lenses after her 11-year-old daughter Emilie went temporarily blind from using them in her Halloween costume. After wearing them for four hours during school and while trick-or-treating, Emilie woke up to her eyes "burning like fire" the following morning.

According to the worried mom, Emilie's eyes were "blood red" when she tried to open them. Doctors determined that the contact lens had damaged Emilie's corneas, resulting in temporary blindness for four days. Eventually, the tween regained her vision, but the near-accident was scary enough to last a lifetime.

"For four days we were so scared," Julie told The Montreal Journal. "She could not see anything. All that for Halloween contact lenses! When you lose your eyesight, it cannot be replaced . . . Contact lenses are a good disguise, but at what price?"

Julie isn't the only person who's warning others about the potential danger — the US Food and Drug Administration discourage people from using them unless they have a prescription from their doctor.

Christopher J. Rapuano, MD, chief of the Wills Eye Hospital Cornea Service, spoke with Yahoo about this specific incident as well. He said parents shouldn't let kids wear coloured contacts unless they have a prescription. "Don't use these," he said. "Contacts need to be properly fitted by an official contact lens fitter for them to be used as safely as possible. Not having a proper fit makes the chances of complications go up significantly."

Maya Jama
Maya Jama's Halloween Party Was the Place to Be this Weekend, and the Costumes Were Epic
by Kara Kia 4 weeks ago