It was 10 p.m. and I was on the rocking chair in my toddler's bedroom waiting for her to sleep like my husband or I had done every night for the past five nights. We had just returned from a trip abroad and were cursing ourselves for "breaking" our child who once slept through the night, but now had all sorts of new and complicated sleeping patterns and requests for us to try to figure out. She needed it to be light, but not too light. The sound machine that used to softly lull her to sleep now jolted her awake the second it shut off automatically after 42 minutes. I was desperate, texting my husband from her bedroom (and hiding under a blanket so she couldn't see the light from my phone). My husband and I frequently come up with parenting inventions and at that moment, an idea struck. I texted him immediately and, as you can see, I really thought I struck gold with this one: 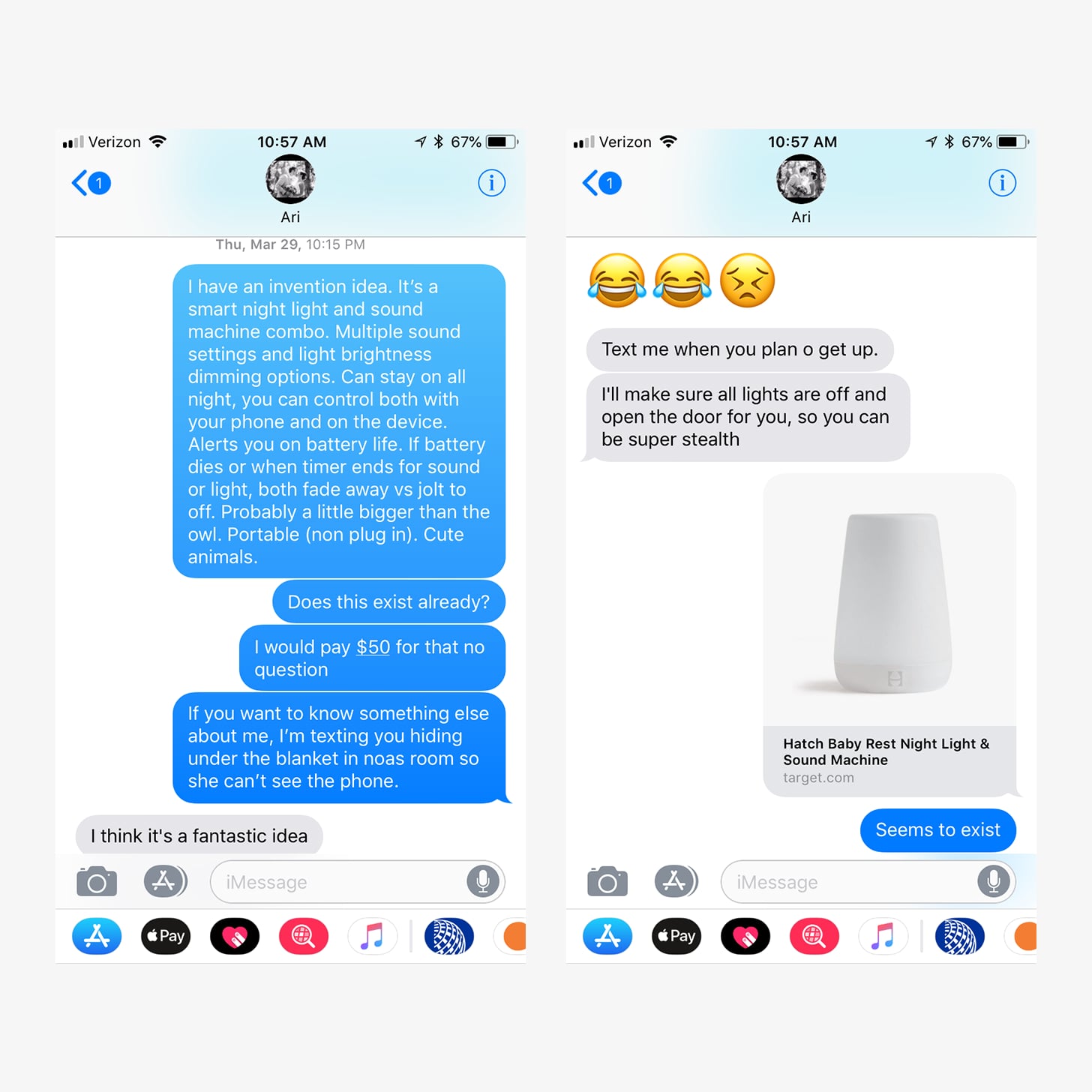 The product that "seemed to exist"? It's called the Hatch Baby Rest, and it's a game-changer. It doesn't run off batteries and it doesn't come in cute animal shapes, but it is what we actually needed. I placed my order on Amazon before I stealthily left her bedroom.

Our Hatch arrived 2 days later and here's what I love about it: