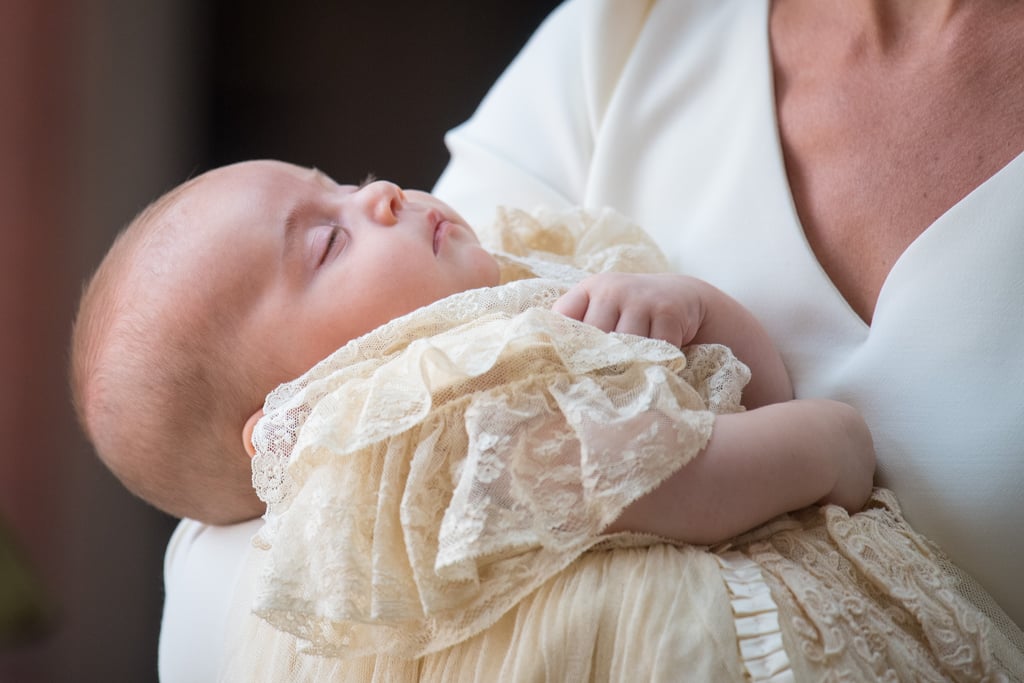 As with most things concerned with the royal family, Prince Louis's christening on July 9 was rooted in tradition, from how his godparents were chosen to the gown he wore. Photos of the young prince at the Chapel Royal in the grounds of St. James's Palace, the same place where Prince George was christened, show Louis wearing an intricate lace gown (and Kate Middleton beaming in white), which isn't just a hand-me-down from his older siblings, but a replica of a dress royal babies have been sporting since 1841.

According to the royal family's website, Prince Louis was in "the handmade replica of the Royal Christening Robe, made by Angela Kelly, Dressmaker to The Queen." The original Royal Christening Robe was made in 1841 for Queen Victoria's oldest daughter, Victoria, and was from then on worn at all royal christenings until the christening of the Queen's youngest grandchild, James.

Related:
This Is the Exact Baby Blanket That the Royal Family Has Been Using For 69 Years

"The Queen commissioned Angela Kelly to make a hand-made replica of the Royal Christening Robe in order to preserve the original," reads the information page for Prince Louis's christening on the royal family's website. "James, Viscount Severn, was the first member of the Royal Family to wear this replica gown at his christening at the private chapel at Windsor Castle on 19th April 2008."

Then Prince George wore the gown at his christening in 2013, and Princess Charlotte sported the dress in 2015. Like the original dress before it, this one is sure to be worn for years to come once Louis's finished with it!

The Royals
Meghan Markle Contemplated Suicide During Her First Pregnancy, Was Denied Royal Support
by Karenna Meredith 5 hours ago