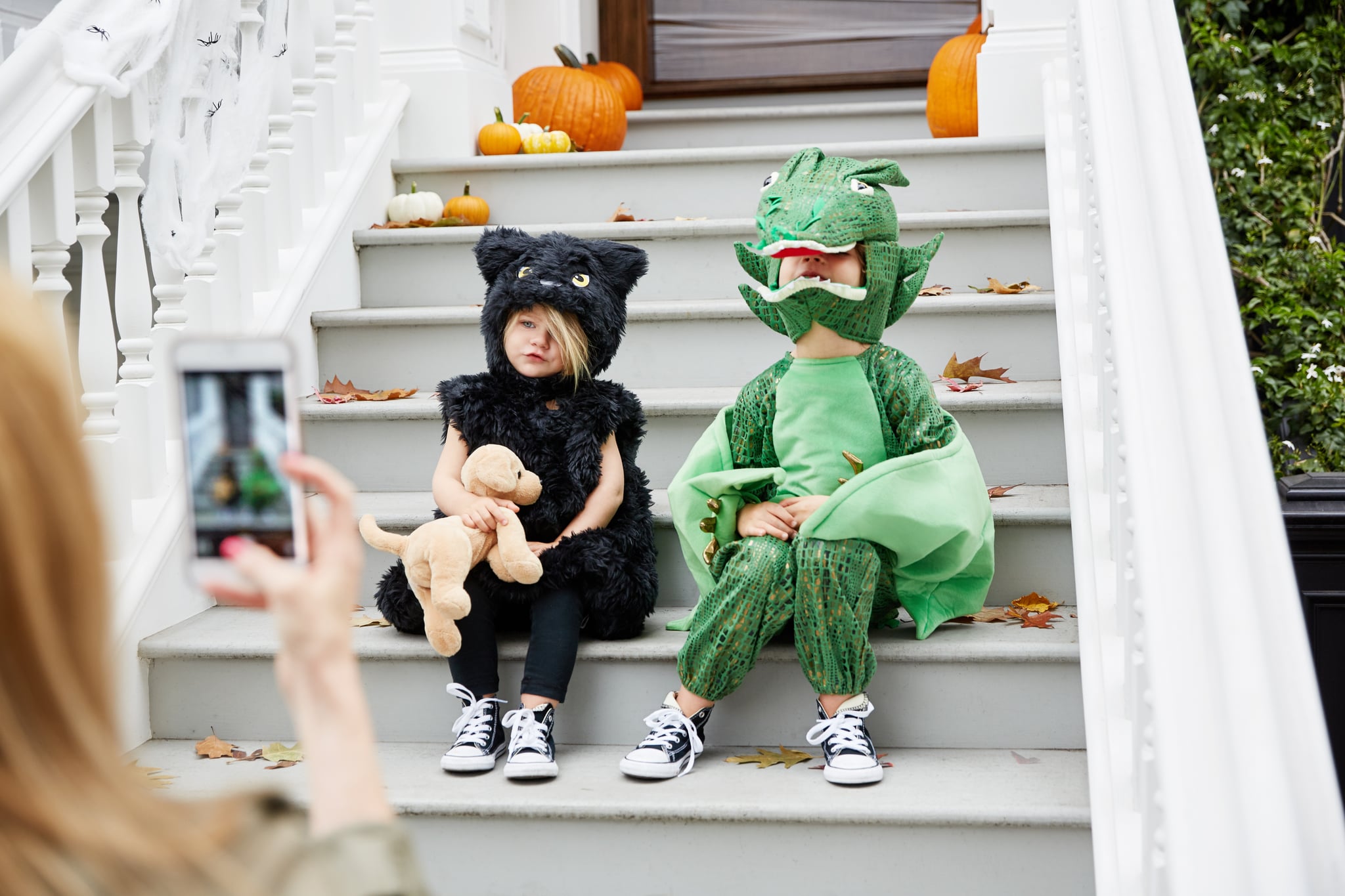 We all know how things go 99 percent of the time after someone announces they're having a baby: someone asks, "Is it a boy or a girl?" and depending on the answer, the parents-to-be can expect getting ambushed with pink or blue clothes, toys, and accessories for baby. Although I'm a female and a pink-lover, I myself just got upset the other day buying a gift for 1-year-old boy-girl twins, because everything in the "boys' section" was so much cuter — so they both are getting glow-in-the-dark dinosaur constellation T-shirts, because that was the coolest item on sale by far.

If you, like me, get peeved by the amount of gendering that is thrust upon parents-to-be and young kids simply because of what's available in retail stores and what society expects, Ash Hardell has a solution (which was originally found on Tumblr).

"If you want to avoid the world's aggressive gendering of your infant, skip the pink dresses and blue coveralls. Instead, only put your child in tiny Halloween costumes," Hardell wrote on Twitter. In the scenario given, there's a small child in a dinosaur costume. "Strangers on the sidewalk: 'Awww, is it a boy or a girl?' You: 'Uh . . . it's pretty clearly a Dinosaur.'"

As it turns out, tons of people (myself included) are pretty on board with this costume suggestion.

Omg my parents did this. They definitely didn't do it as a statement or out of being progressive but they were just done with how everything was pink and nothing else. So I was an elf between 1994-1998

I did this. I got a lot of "I can't tell if it's a boy or a girl". Those people got a lot of "does it really matter at this age? Really?" And then stared at them until they mumbled "no I guess not"

Okay but for real my cousin is having an afab baby this summer and I am just sending her tiny dinosaur onesies because fuck gender roles 🦕🦖 pic.twitter.com/Xqg6JEPWck