This article written by Joanna Schroeder was originally featured on YourTango. 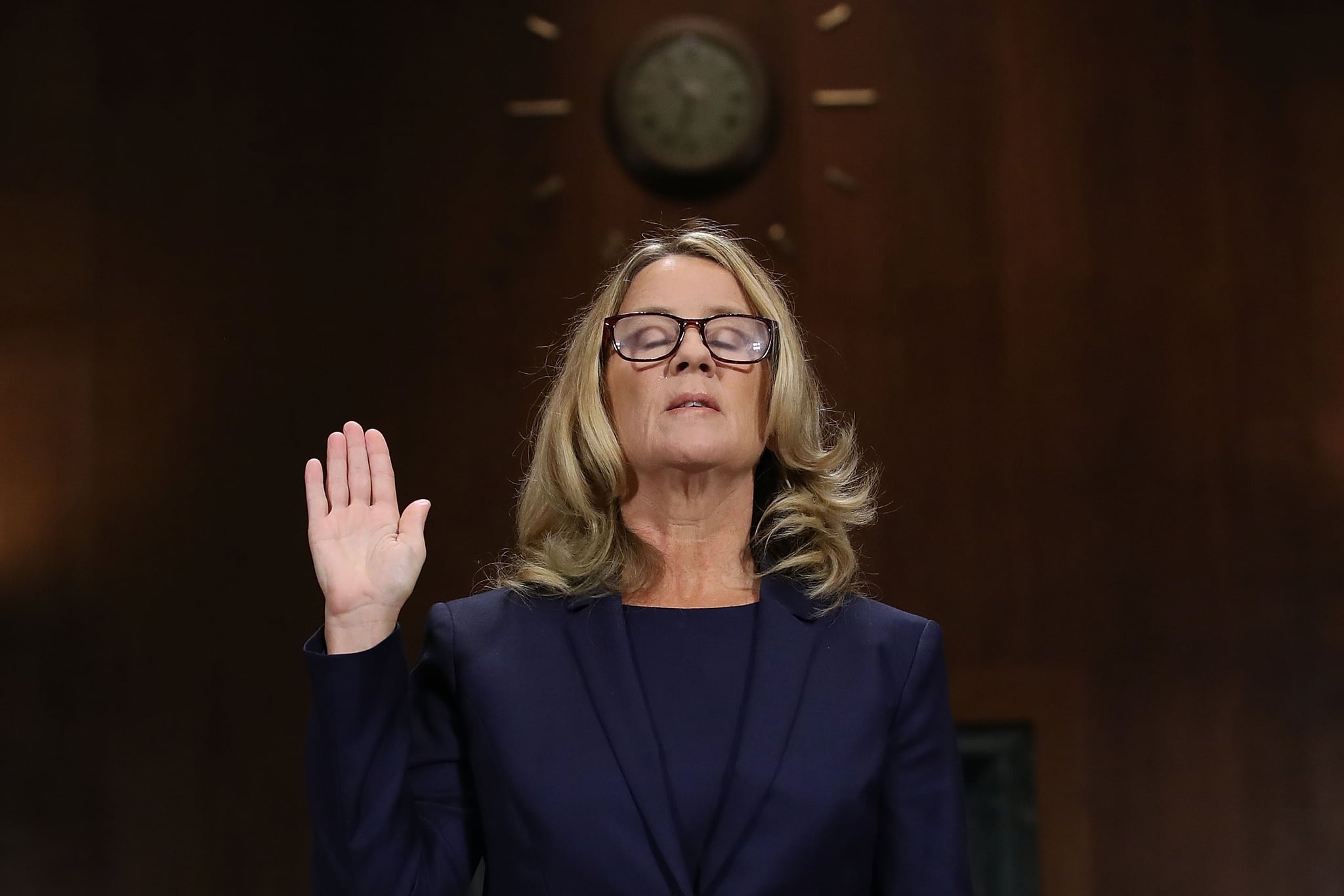 This is their future.

I watched Dr. Christine Blasey Ford's testimony with my baby daughter in my lap. It's not what I wanted to be doing on a crisp fall morning, but I felt a duty to support Dr. Ford as she told her story in front of the Senate Judiciary Committee to nominate Brett Kavanaugh for Supreme Court, even though she doesn't know me.

As the mother of a daughter, hearing the story of a 15-year-old girl being held down and assaulted by teenage boys is horrifying. To imagine my own little girl growing up to have some drunk, entitled boys try to harm her terrifies me. But as a woman, Dr. Ford's story does not surprise me. I saw it time and again as a teenager myself. I heard school authorities tell the girls who were victims that they should keep quiet, because the perpetrators were "good boys."

Q. Why would you go to so many parties where you knew girls were being harmed?

A. Because we believed that boys hurting girls was normal. If you were in those circles, you didn't know there were parties where boys weren't constantly trying to hurt girls in the name of "fun".

American girls know the drill: If the boys who harm you are important — if they are popular or athletic — you won't be believed or supported.

As the mother of two sons, one of whom is a teenager, the stakes of the Kavanaugh confirmation hearing are even higher. What are my boys learning from the media and even President Trump and Senate Majority Leader Mitch McConnell, when they insist that Dr. Ford is lying, that this is a "shameless smear campaign by Democrats to destroy a man's life"?

Yesterday, the everyday consequences of how we treat sexual assault and harassment cases came into sharp focus when my 13-year-old son told me a story from school.

A boy in his middle school asked a girl out in front of her friends and other students, and when the girl plainly said "no" to him, he made a joke at her expense and "smacked her on the butt."

My son heard this story third-person, from a friend who'd heard it from a friend, so I can't account for its veracity. Regardless, my kids were horrified by the fact that the boy chose to do this, as they know this kind of exchange counts as sexual assault.

Beyond that, it was an opportunity for me, as their mom, to shift the focus of the story where it belongs — to the girl, the victim. I asked my kids to imagine how she might have felt when he touched her inappropriately. I asked them to think about how it must have felt to have all that happen in front of other students, at school, where she is supposed to be safe. I reminded my kids that never, under any circumstances, should they touch someone's butt or other private body parts without permission, no matter the reason.

My son replied, "Mom, I know all of this. I know about Harvey Weinstein and I know what's happening in the news with the Supreme Court."

That's when it became clear to me how important this hearing is.

Not just to survivors of sexual assault, harassment, and abuse (like myself), who see ourselves in Dr. Ford, but to every single child in this country. Especially after they saw a President elected who admitted on tape to grabbing women "by the p*ssy" without consent.

Our daughters are watching.

They're learning from how the Senate Judiciary Committee treats Dr. Ford how they might be treated should they become victims. They're learning whether it would be safe for them to tell the truth.

Our sons are watching, too.

Our boys are learning whether they will be protected should they choose to hurt someone. And they are learning, from people like Senator Orrin Hatch, who called the allegations "phony" before he even heard a word of testimony, how to react when someone they know is accused of sexual violence.

What a horrifying set of lessons for my boys, and the boys of this nation.

If this tactic works and Judge Kavanaugh is confirmed to the Supreme Court, we will have told the people of this country that the safety of women and girls is simply not all that important. We will have told survivors everywhere that politics, the process of getting "your guy" elected or promoted, is more important than the truth.

And, ultimately, we will have told abusers everywhere that their success in life matters more than the lives of the people they've harmed.