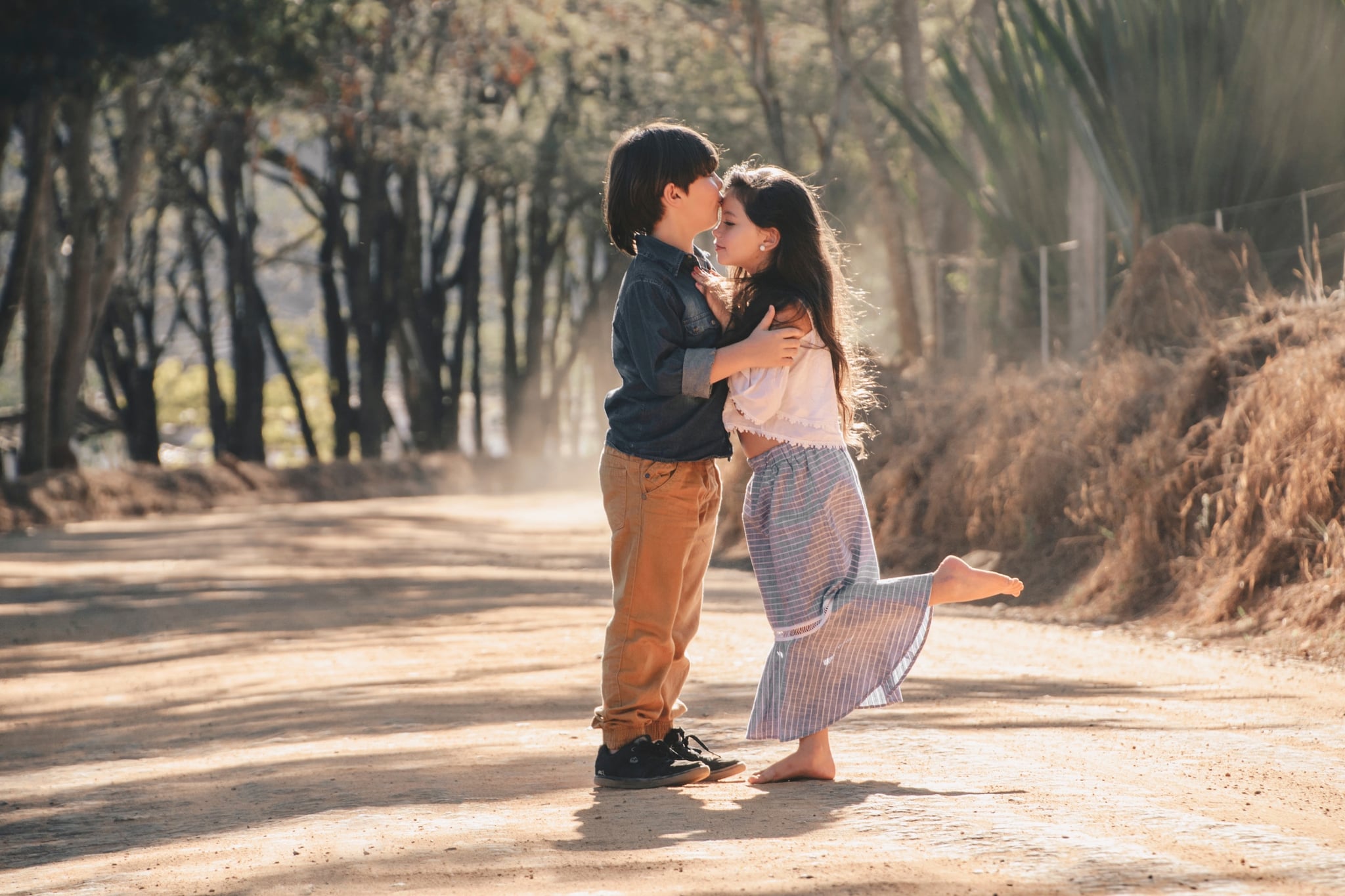 Love is in the air of my second grader's classroom, much to my surprise and dismay. Just this week she's come home with multiple notes from an admirer, the same boy who greeted her on Valentine's Day with a fluffy stuffed animal and a special bag to put it in (I had to give him credit, plush animals and purses being two of her favourite things). Another boy in her class has taken to walking her to the bus on icy days, ostensibly protecting her from the dangers of the slippery sidewalks she might encounter on her 100-foot walk from school to its steps.

Could it be true? Is chivalry not truly dead but instead alive and well among grade schoolers? For my daughter's sake, I hope so, though my mama-bear brain can't help but shouting out: "It's way, way too soon!" Which coincidentally, is the same thing she said to me the last time I tried to have "the talk" with her.

Related:
Why I Don't Want My Daughter to Have a Best Friend

This isn't the first time she's come home with tales of playground paramours and recess romances. It's just the first time she's expressed any interest in being involved in the kind of affairs of the heart that I've always insisted she's too young to understand. Last year, when she told me that two of her first grade classmates had thrown themselves a mock wedding (not surprisingly, it was the girl's idea; the guy apparently went along with it because he thought he was getting a kiss at the end), we started talking about boyfriends and girlfriends and what that meant. "Mom, I know all about it," she stopped me. "And I do not want any part of that." Phew.

But with another year under her belt and a general affinity for her male classmates in general and those paying her special attention specifically, has her position changed? "Honey, when these boys are giving you gifts and doing nice things for you, how does that make you feel?" I asked her. "I don't know. Good, I guess." "Okay, and do you feel like you need to do something for them in return?" I didn't want to put the idea that she owed them anything in her head, but as a female, I know that a nice purse often comes with a side of baggage.

"Just be their friend," she replied. Girlfriend? I followed up. "No, I'm too young for that, Mom," she quickly responded, simultaneously lowering my anxiety level and making me realise that what I was labeling romance, she simply thought of as friendship. Who doesn't want a friend who brings you a sweet gift on a holiday or occasionally helps you avoid falling? Who was I to label those actions as inappropriate?

You're lucky to have so many good friends, both boys and girls, I told her. "I know," she answered back. Then I made her write the little Casanova who gave her those Valentine's Day gifts a thank-you note. True love, she might not be ready for yet, but it's never too early to appreciate a kind gesture . . . or learn good manners.