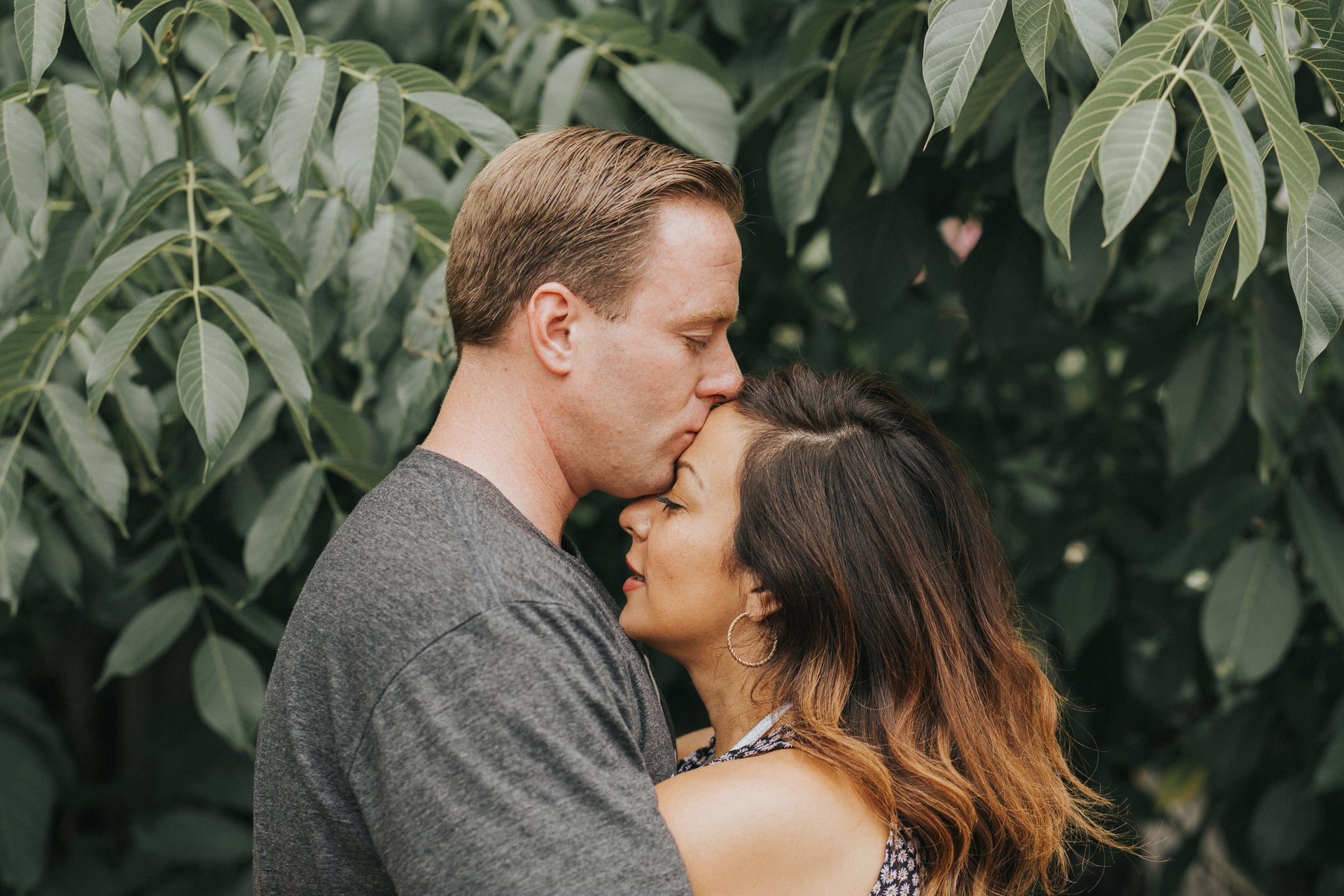 I first found out that I could have issues becoming pregnant when I was 19 years old. I wasn't anywhere near being married or starting a family, but I couldn't help but wonder what types of challenges this would present once I was. Ten years later, I was faced with the actual struggle of infertility, this time with my husband. We knew it wouldn't be easy to get pregnant, but what we didn't know was how it would affect our marriage.

We didn't have massive blowout fights or become resentful toward one another, as it's just not my husband's nature to get upset and yell. But the flip side to that is he can be somewhat of a silent partner . . . until he wasn't silent anymore. At first, he didn't open up about how it felt for him, while I'm an open book. It was tough for us to communicate because we were having our own thoughts and feelings throughout the process, and I guess we got wrapped up in that. But one night we had a deep, passionate discussion about our fertility journey, and it's one I'll never forget.

Because I have polycystic ovarian syndrome (PCOS), I don't ovulate, and not ovulating means no chance for sperm to get to an egg. There's a chance women with PCOS can get pregnant on their own, but it's slim and most end up needing medical intervention. Because I was diagnosed and began treatment when I was 19, I knew I didn't have to wait the usual year of trying before seeking medical help. We tried on our own anyway, just to see, but after seven months of not getting pregnant, I finally went to my OBGYN to explore our options. She referred us to a fertility clinic, and after having tests to confirm I wasn't ovulating, as well as some other blood work and routine tests for both me and my husband, we had a consult with a leading fertility specialist in our area. He explained what PCOS is, what it means for fertility, and how he could help us. It was a relief to have my husband there for this explanation, as I don't think he ever really grasped the "why" behind my infertility.

On the way home from a family BBQ [one night], he said to me, "Are we sure we even want to do this? If it doesn't work, what's the point?" The weight of those words smacked me right in the face.

The steps for us to get pregnant were laid out before us, and we began treatment fairly soon after our first visit. I had to take oral medication to plump up my eggs, then give myself a shot to trigger ovulation. Once triggered, we were given the option of "timed intercourse" or intrauterine insemination (IUI). The first two rounds, we decided to try timed intercourse. This proved to be a problem because my husband's work schedule is all over the place. Scheduling sex doesn't exactly make for an easy (or fun) romp in the bedroom, and it led to frustrations for both of us. It put pressure on us, but I didn't realise how much it really affected him. After two unsuccessful attempts, I began the process again for our third try. This time, we decided to try a combination of timed intercourse and one round of IUI. The night I was supposed to give myself the trigger shot and days before the scheduled IUI was a turning point in our infertility journey and our marriage.

On the way home from a family BBQ, he said to me, "Are we sure we even want to do this? If it doesn't work, what's the point?" The weight of those words smacked me right in the face. In my head I was thinking, "Are you f*cking kidding me?! Are we sure?! I've been on these drugs and am about to give myself this shot. This is our THIRD try and NOW you're asking if we want to do this?! If it doesn't work, what's the point? The point is it COULD work!" Flashing through my mind were the months of pills, shots, and scheduled sex until finally my internal anger boiled over and I said all of those things out loud. I also figuratively smacked him right back by telling him he shouldn't have married me if he wasn't sure he wanted to do this. I told him he knew I wanted kids, he knew it might be difficult to make that dream a reality, and I was very clear about all of this from the beginning. There were tears from me and lots of silence from him.

Here he was, questioning whether we really wanted a baby when, for the past three months, we had been doing everything in our power to create one. This changed how I felt about him in that moment, but I later came to realise it was good of him to be honest about his feelings and fears, even if it was crap timing for me to hear it. He had always been up front about his nervousness about being a father, and maybe the addition of the extra medical intervention of the IUI made it more real for him, plus the fact that he had remained pretty quiet about his feelings until that point. But for me, who was all in from day one of treatments, I couldn't believe he was possibly ready to turn back after I thought we had already worked through his nerves.

We ended up putting our discussion on hold and spent a few hours to ourselves without talking to one another. When we did finally open back up, he apologised for making me feel like he was questioning our decision to start a family. He said he wasn't just nervous about the thought of becoming a dad, but also that it wouldn't work for the third time. He admitted he was thinking of his own disappointment, but mine too if we got another negative pregnancy test. What we hadn't talked about was how it felt each time we found out we weren't pregnant. What we needed to do was be open and honest and there for each other every time. I guess we both thought we were being supportive with hugs and reassurances like, "Oh, well, we'll try again next month!" But none of that was what either of us needed. We needed that moment of brutal honesty, that moment of clarity that this might not work again even though we were adding in an extra step. Because if that extra step of the IUI didn't work, what was next for us? He saw my hot flashes, my mood swings, my hesitancy to stick a needle into my belly, and my disappointment with the "you're not pregnant this time" phone call from the nurse. It was unfair of me to think that because I overshare and talk about every feeling that goes through my mind and body that he was just fine because he didn't have much to say. And it wasn't fair for him to keep his feelings in so long.

We both learned so much about ourselves during this journey, like the fact that we can always come out of things stronger as a couple, and as parents. Because that final shot, timed intercourse, and session of IUI gave us our perfect little bundle of love nine months later. And the next time we decided to try for a baby, we not only knew what to expect from the process, but what to expect from each other. We knew how to better communicate and how to support one another. We needed to go through those verbal smacks to get where we are today. And it all made for a much smoother marital ride through the infertility process to get baby number two, who is now ten months old and took one round of the same treatment we tried for his big sister.