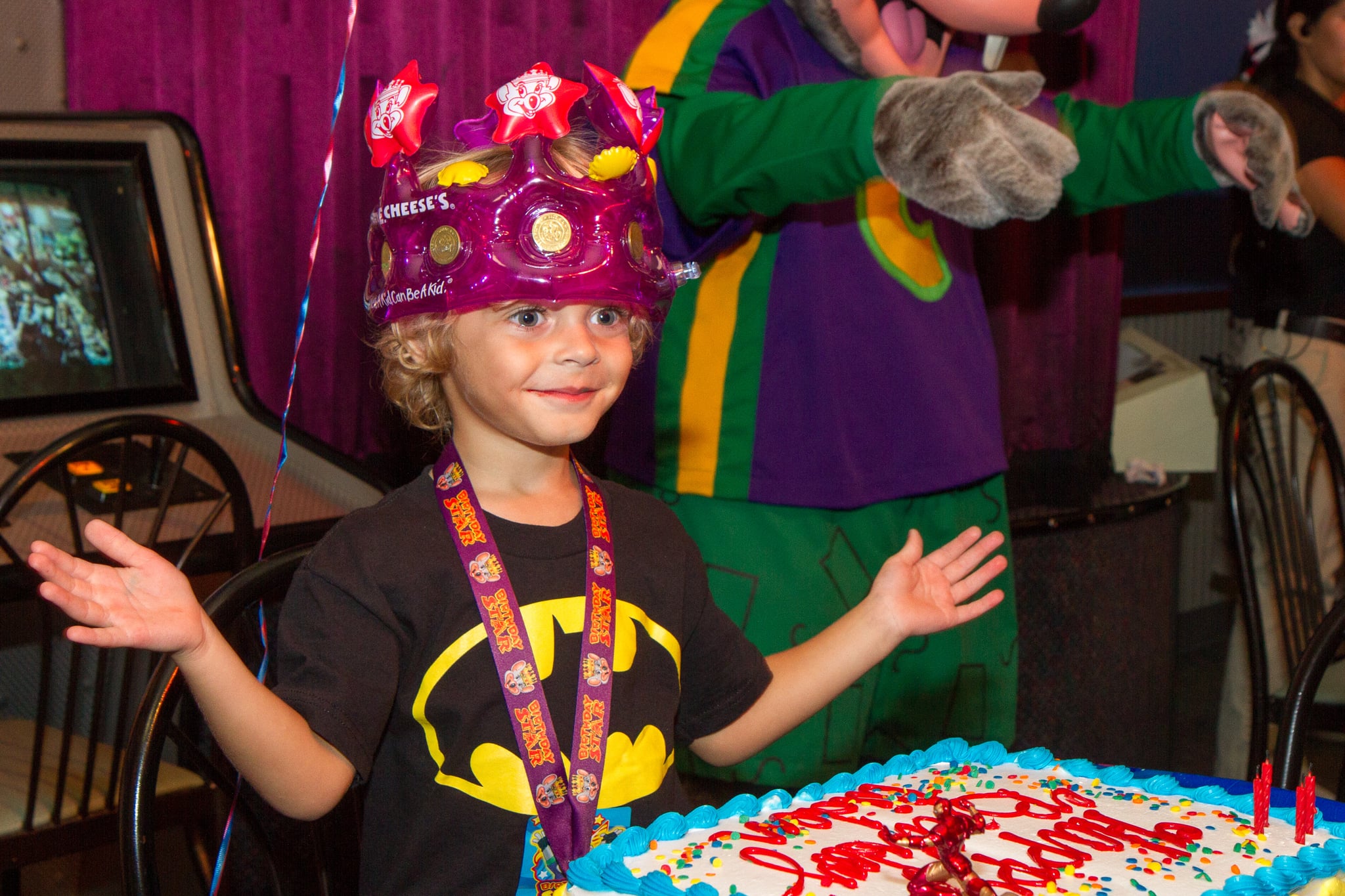 I hate to admit that I've always been a bit of a snob when it comes to places like Chuck E. Cheese's. My kids have been invited to multiple birthday parties there, always on weekends, and I've dropped them off and have been thrilled to walk out the door, finding the place too loud, too bright, too crowded, and way too tacky to have any incentive to stay. So, when my almost 8-year-old daughter mentioned wanting to throw her own party there, I quickly redirected her to venues I deemed a bit better, and thankfully, she happily followed my lead.

My son, however, had a one-track mind when it came to celebrating his fifth birthday recently, and that track led directly to Chuck E. Cheese's. Considering it was the first birthday that he's ever really been old enough to weigh in on, I found it very hard to say no, but the thought of dealing with a bunch of five to eight year olds on a Saturday or Sunday, when the place would be jam packed, was filling me with dread. So I hacked the sh*t out of his party, and guess what? My husband and I left declaring it the best kid's birthday party we've ever thrown. Here's how to make Chuck E. Cheese's (or any similar venue) manageable — and I dare say, fun for adults, too — even if you started out as a bit of a hater.