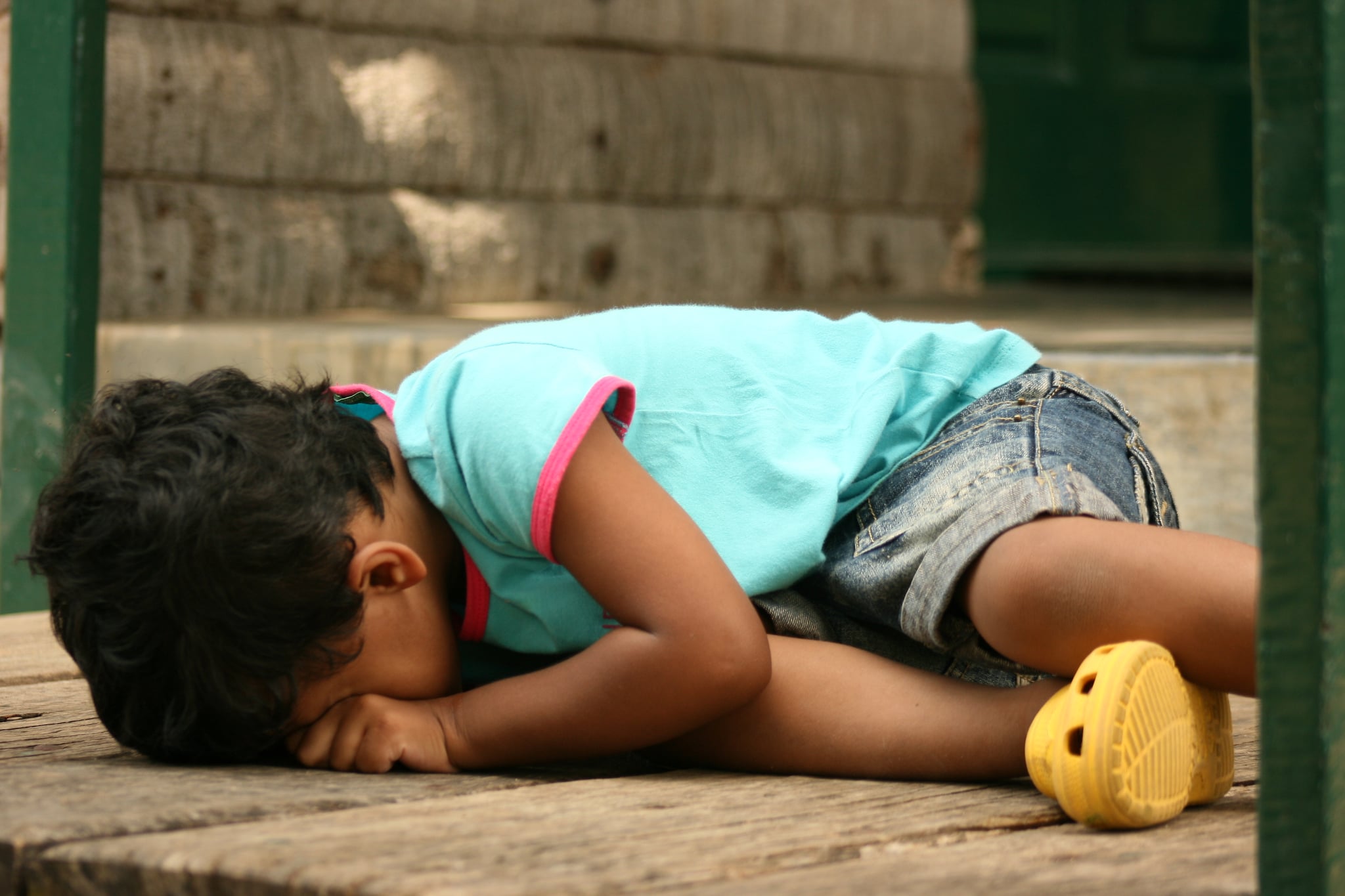 In my three-and-a-half short years as a parent, I've tried nearly every tact to stop those arms-flailing, legs-kicking fits of pint-sized rage known as toddler tantrums. I've reprimanded my child, I've tried reasoning with her, I've put her in time-out, I've pretended she didn't exist (a fun one to try in the grocery aisle at Target, let me tell you), I've tried compromise, and I've even resorted to all-out bribery. Sometimes one strategy would work, but sometimes it wouldn't.

I noticed her expression shift from anger to confusion to shock to humour to all-out gleefulness.

Then, one day a few months back, when my tantrum tolerance was at an all-time low, I did something different. The moment I could see that my kid was about to enter meltdown territory, I had my own version of a tantrum . . . and it worked!

Here's what it looked like: I dropped to the floor and began stomping my feet on the ground. "Wahhhhh, wahhhh!" I moaned, punching my fists in the air. "Boo hoo, ho hum!" I exclaimed with full toddler-style dictation. All the while, I locked eyes with my kid, and I noticed her expression shift from anger to confusion to shock to humour to all-out gleefulness – all in less than five seconds. Which is just long enough to effectively distract a young child from whatever it was that was making her upset.

I've done some version of this with many subsequent tantrums to resounding success. Sometimes, instead of pretending to have my own toddler tantrum, I'll just act like a circus clown – doing a funny dance while making silly faces – but the faux-fussiness really is a winner.

Even renowned pediatrician Dr. Harvey Karp recommends a similar method of communication with toddlers, in which you speak to them like cavemen, or what he calls toddlerese. His reasoning makes sense: "It's not the normal way we talk to kids, but I'm telling you, that's the normal way kids talk to us."

Some caveats to consider before trying this at home (or at the mall):