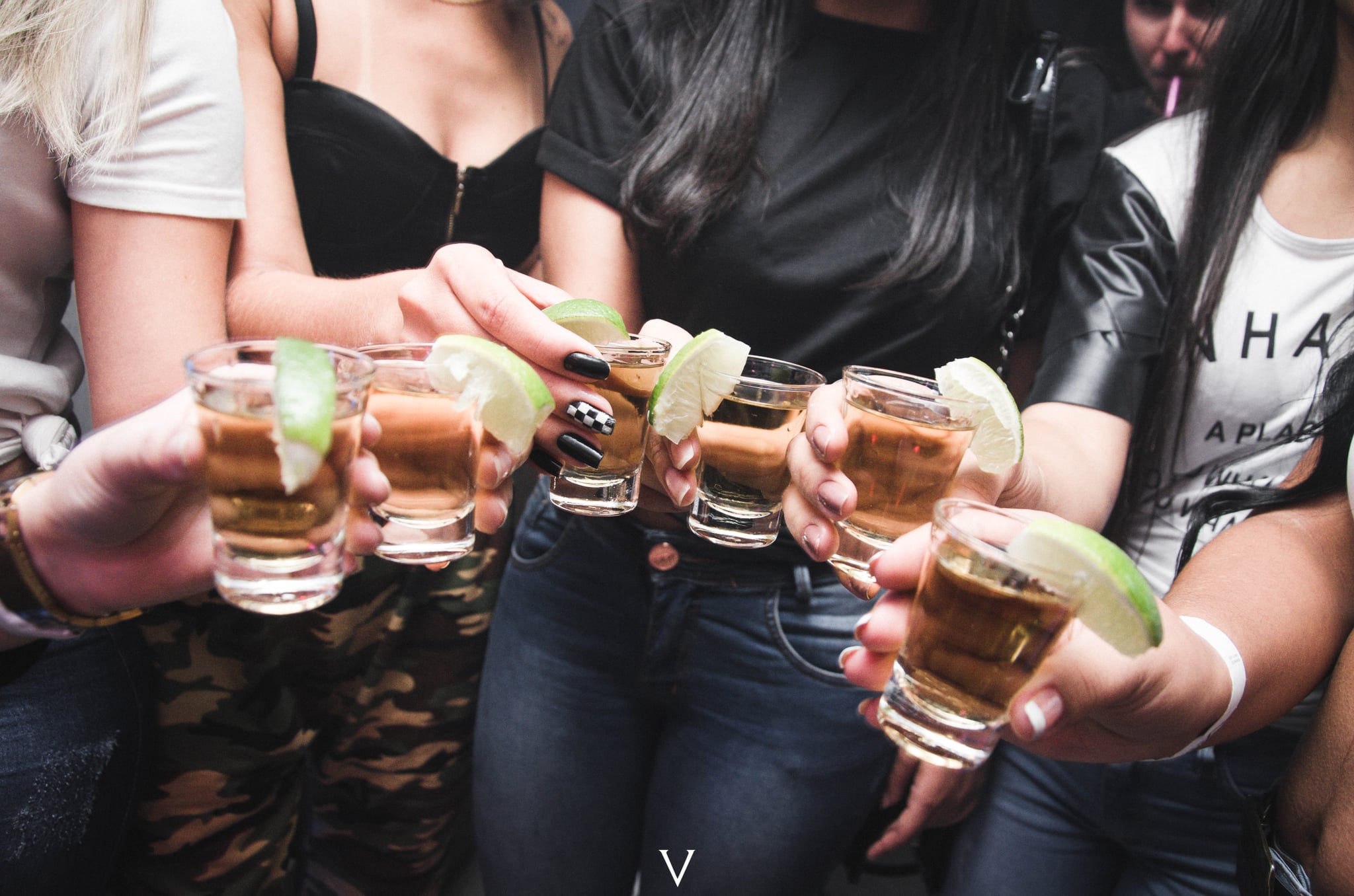 The minimum legal drinking age may be 21, but the law doesn't always deter teens from experimenting. In fact, the Centres for Disease Control and Prevention (CDC) labels alcohol as the most abused drug among youth in the United States. While I would like to think that my girls will follow the law and not drink with their friends until their 21st birthday, I know that the odds of that happening are pretty slim, and that the best thing I can do is raise them to drink responsibly. Or, at the very least, to behave responsibly while drinking.

I was around eight or nine when I had my first "glass" of wine. My parents were having some with their dinner, and I, thinking I was as much of an adult as they were, asked if I could have some, too. My dad filled a glass with water, added a splash of red wine, and put it in front of me. It was disgusting. He took the same approach with beer, and they allowed me to participate in communion every week at church. When I was in high school and we went on family camping trips, they let me and whichever friend came with us pick out our very own six-pack of wine coolers to share. I felt so cool, sitting in front of the fire nursing the same bottle all night.

Related:
Girl Drama Starts Earlier Than You Think — Here's How to Equip Your Kid

It's easy to assume my parents were encourageing underage drinking. But in reality, they were doing the exact opposite. From the time I was very young, they'd taken away the idea that alcohol is something terrible.

I'm sure it's easy to hear that and think that my parents were encourageing underage drinking. But in reality, they were doing the exact opposite. From the time I was very young, my parents had taken away the idea that alcohol is something terrible. Instead of forbidding it, they allowed me (and my brother) to experiment with it in a very controlled environment. We never got drunk, and when I got older and went out with friends and eventually off to college, alcohol wasn't a big deal as far as I was concerned.

My parents were actually pretty strict, but they weren't stupid. They knew that I, like many other kids, would probably dabble with alcohol at some point in my teenage years. So they did what they thought was best and prepared me for it. When I was in high school, every time I went out with friends, they reminded me and whoever I was going out with of two things: my curfew, and that they didn't care where we were, what time it was, or who we were with — if anyone had been drinking, we were not to get in a car. We were to call them, and they would come and get us.

Growing up, I always knew that I would never get in trouble for telling the truth or for being responsible. I never needed to take my parents up on their offer, but they proved themselves to be true to their word when a friend of mine called them late one night. After a night of partying, he knew that his parents would be livid if they found out he had been drinking, so he called mine. They got out of bed, picked him up, and drove him home. The car he would have gotten into had it not been for my parents wound up around a telephone pole that night (luckily no one was killed).

Related:
My Mom Never Played With Me as a Kid, and It Affects the Way I Parent

Overall, I was a really good kid, but I wasn't perfect. There were a few times when I found myself in some precarious situations, and it's only by the grace of God that nothing bad happened. That's because no kid is perfect, and as a mom I don't expect mine to be. I have three girls, and I feel that I need to be especially mindful when it comes to teaching them about safety, especially when alcohol is involved, because the last thing I want is for them to be afraid to come to me when they need help. So as my kids get older, alcohol will not be forbidden. My husband and I will allow them to experiment, and educate them on the dangers that come along with using and abusing it. And as much as I dread "turning into my parents," this is one issue that I'll be sure to handle just like they did, because they certainly did something right.

Netflix
Bridgerton's Diverse Cast Is Great and All, but Season 2 Needs to Be More Colour-Brave
by Ralinda Watts 12/1