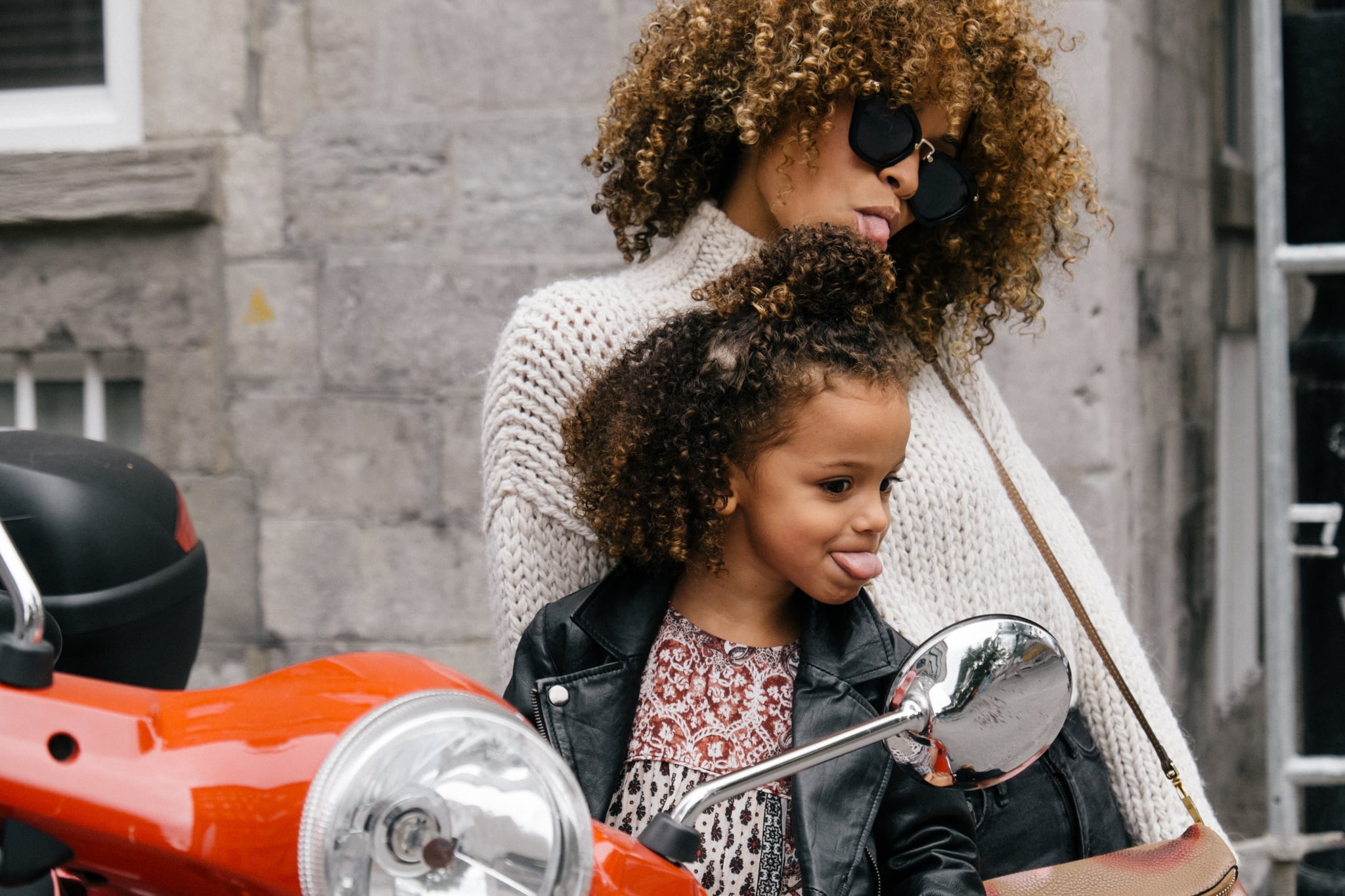 When I was a senior in high school, I was mortified by the fact that I seemed to be the only one with a curfew (and an early one at that). No matter how much I begged, pleaded, threatened, or bargained, my parents wouldn't budge. When I resorted to the classic "I hate you", their response was simple: "That's OK, because we're your parents, not your friends." The fact that they were completely unfazed by my faux hatred only made me want to stomp my feet and slam my bedroom door harder. And it went on like this until I was almost out with college, when my parents finally decided that we could be friends. So when I was pregnant for the first time and the doctor told me that I was having a girl, my first thought was that she and I were going to be besties for life.

I am their mother, and it's my job to make rules and enforce them. It's my job to set boundaries, not cross them.

Then, one day, when my daughter was 3 and practicing the art of manipulation, I told her that she couldn't have a second cookie from the batch we had just baked. Instead of throwing a fit, she turned to me, gently cupped my face in her tiny hands, looked me straight in the eye, and said, "Mommy, I love you. You're my best friend," and added a stroke to my cheek for good measure. Needless to say, I instantly melted into a giant puddle of mush and we ended up going to town on the cookies together because that's what best friends do, right? When it was all over and the two of us were lying on the couch on the brink of sugar-induced comas, the realisation of what had just happened clocked me upside the head. Being my daughter's friend is not going to be healthy (literally or figuratively) for either of us.

Related:
I Gave My Oldest Child Too Much Responsibility, and I Feel Terrible

I now have three daughters. Do I secretly, deep down, want to be their best friend? Of course. But am I already steeling myself for the first time they tell me they hate me? Yep. Because I cannot, and will not, be their friend. They'll have enough of those. I am their mother, and it's my job to make rules and enforce them. It's my job to set boundaries, not cross them. It's my job to raise my daughters to be strong, healthy, independent, and responsible women. As their mother, it's on me to give them what they really need: love, support, guidance, direction, and the assurance that they are enough. It's my job to lift them back up after they fall. And I'm sure I'll make mistakes along the way — as will they — and I can only hope that we will all find it in our hearts to show grace to one another when we do.

Growing up, there were countless times when I would have sworn that my parents were the worst. They were too mean, too strict, and too old-fashioned. There were times when they messed up, and so did I. I have no doubts that my daughters will someday say the same things about me, but in the end, I can only hope that, like my own parents, I'll have done a few things right. And someday, when my girls are grown and have children of their own who are making them want to tear their hair out, I'll take them out for a glass of wine because then, and only then, we'll be friends.