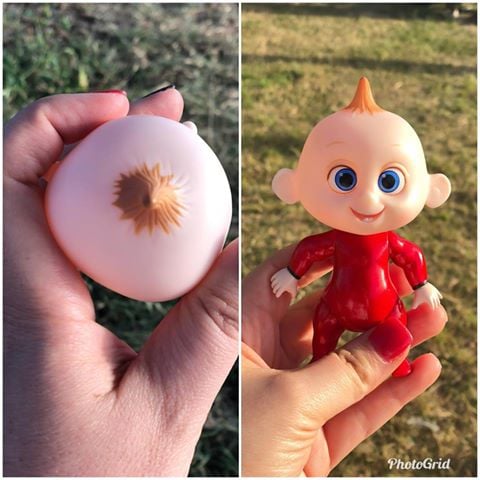 Nursing moms tend to take great pride in being able to feed their babies from their breasts — so much so that when one husband came across a new plaything, he immediately thought his nursing wife went rogue and bought their baby a "boob toy."

Yes, "boob toys" exist (there's actually a top-selling teething toy on the market that resembles a breast), but, oh, was this guy wrong.

What he thought was an accurately depicted plastic breast — complete with a raised nipple and darkened areola — was actually an action figure from the new Incredibles 2 movie.

"My husband saw the top of baby Jack Jack's head and was like, 'OMG, you went too far getting her a boob toy,'" the mom shared on popular Facebook page Breastfeeding Mama Talk. "Then he quickly realised it wasn't a boob toy, but now I can't get it out of my head. I'll never look at baby Jack Jack the same way."