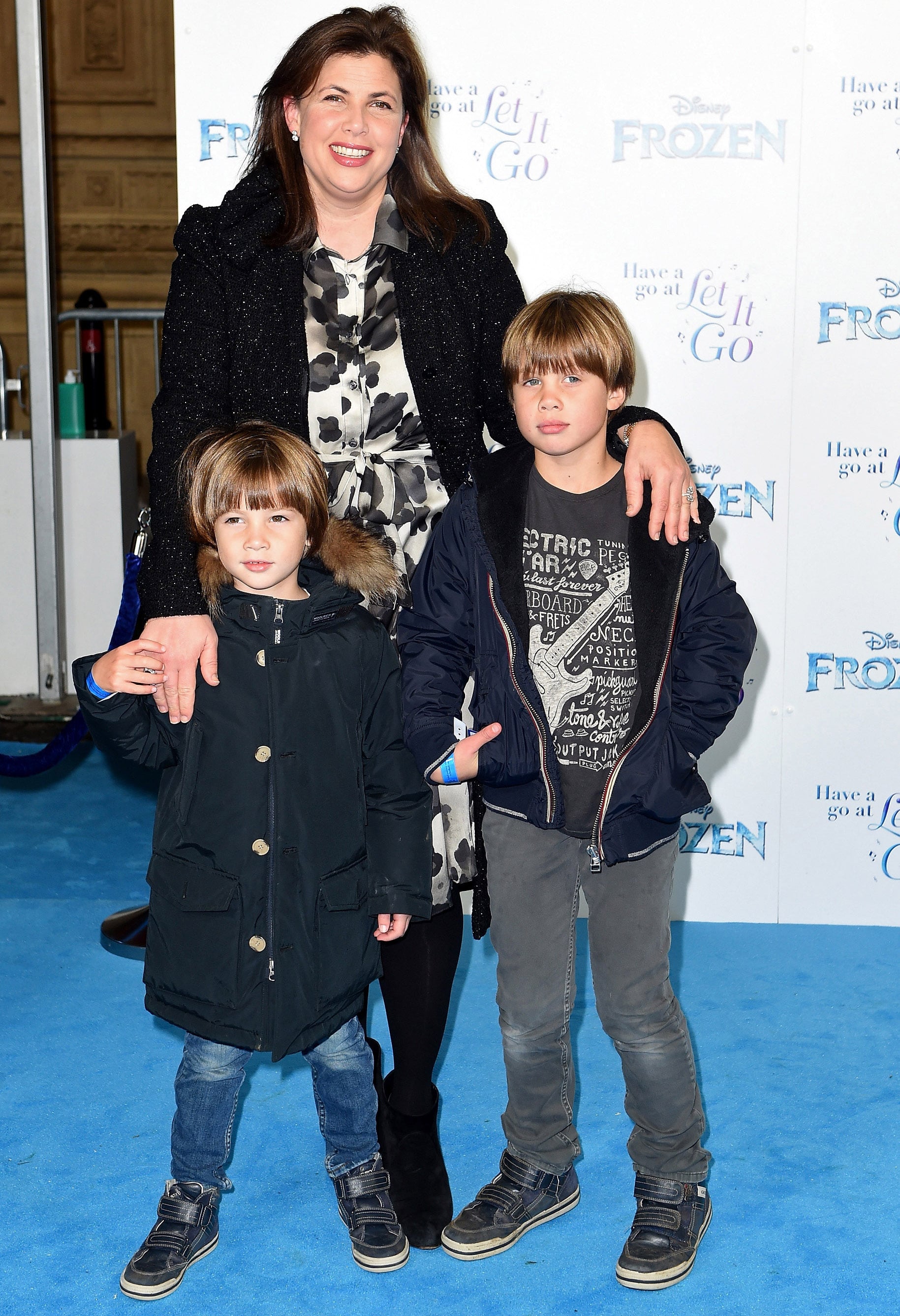 I'm going to be honest: whenever I am faced with the unlucky scenario of having to board an aeroplane with my two young kids, I secretly wish I had infinite wealth such that I could fly to whatever destination we're headed solo and pay someone to cart my kids there separately. There's no greater form of parenting torture, in my humble opinion, than spending several hours cramped inside a flying tin can with tiny humans who have the attention span of a gnat.

So, when I read an article that British TV presenter Kirstie Allsopp "flies business class while her two children, ages 10 and 12, fly economy," my first thought was to seethe with jealousy.

In the article, she admitted that "when we fly as a family, the boys do fly separately from [partner] Ben and me if we're not in economy together." She reasoned that first-class accommodations "should be a huge treat you've worked hard for" and that "it seems like an absurd waste of money." In fact, the money she saves by not having her kids in upgraded seats goes toward making their holiday that much better.

While I was busy calculating how many airline frequent flyer points it'd take for me to even daydream about such an option, the backlash came quick, with most people taking to Twitter to condemn the working mom's "selfish" choice.

I think it’s totally irresponsible to seat your children at that age away from you. It might not be safe or they might be annoying others but as long as you’re getting your champagne etc.

If you sat in economy with or without your kids the saving might pay for another holiday ...... just saying!

I understand reasoning you give however I wouldn't sit away from my son even if I had money to, he's 16, Travel to the destination is all part of the holiday experience & you should do it together in my opinion, as a family, making memories, & if needed you might not get to them

Others, including a former airline worker, were quick to question the impact her decision has on her fellow passengers:

As an ex crew member I hated it when parents did this. One child spilt drink all over herself and the parents left us crew to sort it out...unfair on the crew or other pax who ended up as babysitters...while parents quaffed champagne in Club

Rich privilege. Do you have no care for the passengers who have to sit next to your kids? No? Thought so.

Still, many came to her defence for a host of reasons. It's not like she's living my secret dream of leaving fussy toddlers to shriek and kick seats unattended – her kids are at an age where they can be entrusted to sit unaccompanied for several hours without incident.

But it’s not like her kids are 2 and 4? They’re perfectly capable of sitting nicely and occupying their time at that age, surely? And she’s only a curtain away for pete’s sake!!

At 10 & 12 they don't need or want to be entertained by their parents and are quite capable of behaving themselves for the duration of the flight. A little supported independence is a good thing.

Even Kirstie herself made a great point as to why leaving 10-year-olds to sit without their parent on a plane should really be the least of everyone's concerns:

People parent differently, I think letting 10 year olds have social media accounts is far more risky than anything that could happen on a plane, and the biggest dangers come from adolescent mental health issues. #horsesforcourses

She's right – particularly about the part in which "people parent differently." I doubt I'll ever be in the financial situation to fly first-class on my own dime, and many aren't in a position to fly at all with their families. She has the luxury of choice, yes, but it's her right to choose how she parents amidst those luxuries. Plus, it's worth noting that many travelling parents are unwittingly separated from their kids per the airline's seat payment policy – in which you have to pay extra for advance seating assignments. Why is it OK when the airline enforces such separation but not when a parent so chooses it?

And for those viciously calling her a "thoughtless mother" unconcerned with her "children's safety," the reason she even spoke about her particular in-flight setup was because, last year, celebrity chef Gordon Ramsay said he did the same thing. Where was all the outrage when he admitted to it?

Whether you agree with her or not, the next time you are flying with your kids, however old, I guarantee you'll think about her arrangement and, for at least a few moments anyway, you'll see the appeal.