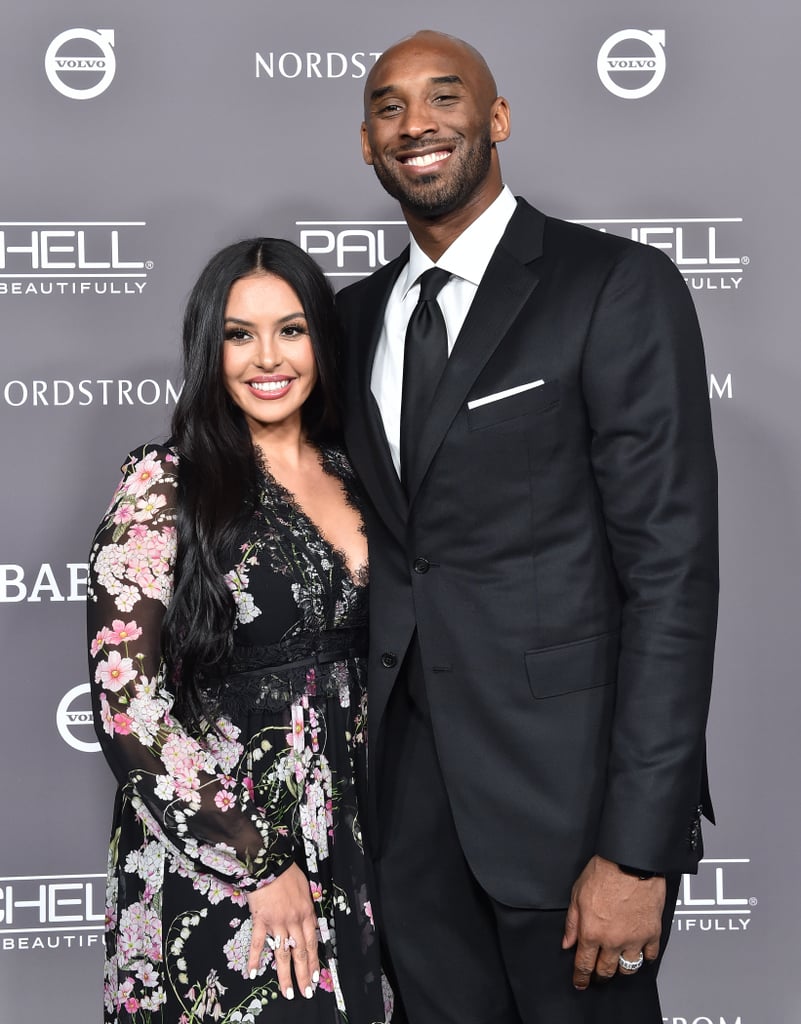 Kobe Bryant may have retired from professional basketball in 2016 as a five-time NBA champion, but his stats off the court just keep on growing. On New Year's Day, he and wife Vanessa Bryant announced that they're expecting their fourth child, a baby girl, later this year. Kobe and Vanessa already have three daughters — Natalia, 15, Gianna, 12, and Bianka, 2 — and are "beyond excited" to welcome another girl, or #mambacita, as they call them. The couple announced their addition in a glittery Instagram photo.

"Kobe and I are so happy to add another baby blessing to our family! Bianka will have a new baby sibling to play with and Natalia and Gianna are super excited to welcome another little baby sister to love," Vanessa captioned her post.

Since retiring from the league (and scoring an impressive 60 points in his final game as a Los Angeles Laker), Kobe has been busy with business ventures, family vacations, and coaching his daughter Gianna's basketball team. He even told James Corden in 2017 he runs Phil Jackson's famous triangle offence with the girls! Ahead, find Kobe and Vanessa's baby announcement and more photos of the growing family.