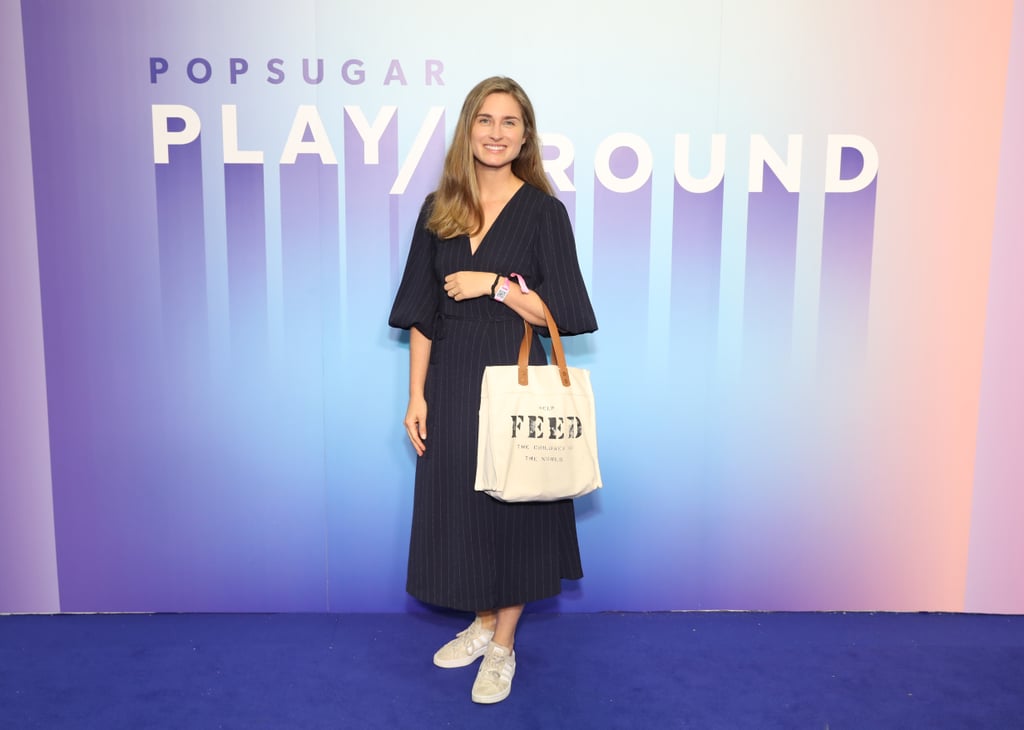 As a mom of two and the CEO of her own company, Lauren Bush Lauren knows what it's like to balance professional life with personal life. She founded the company, Feed, which is known for its versatile bags (even nappy bags!) — this "universal thing we all use," Lauren noted — that, when purchased, give meals to children in need. Twelve years in operation, and FEED has helped provide more than 100 million meals. So, that coupled with raising two young boys? You could say Lauren is thriving as a businesswoman and a parent.

Running a business keeps you busy, and Lauren says self-care can seem very minimal these days. "Honestly, self-care to me as a working mom is actually spending quality time with my kids," she admitted during in interview at POPSUGAR Play/Ground, adding, "which sounds weird." Having that "me time" can be an important part of recharging and keeping a healthy, happy household. To her, though, its those small moments with her sons James and Max that are an essential part of unwinding after a long day.

Lauren, who is the granddaugher of former President George H. W. Bush and is married to designer Ralph Lauren's son David Lauren, explained: "I feel like I need that time with them, putting them to bed or just playing with them, for a little bit each day." Sure, there are other things she does for peace of mind. In the mornings that's getting coffee and, maybe, listening to good music or walking to work. But her immediate definition of self-care is her kids — always.

When asked what she wants them to learn from her work with FEED and about giving back, Lauren said, "I think more than anything, I hope my kids grow up with a sense that these big, looming world issues don't have to exist. That they feel empowered that they could actually be a part of a solution and go out and make a difference."

She continued, "I think often there is such good will in the world, and what stops people from even getting involved is this feeling that it's too overwhelming or too massive to make a difference. And yet, if everyone did dive in and contribute what they could — whether it's money, time, ideas . . . — we could move the needle a lot further."